The stakes for SHIPtember just keep getting higher, as Stijn Oom sets the bar up another notch. His Hammerfall GunSHIP is an instant classic; a brutally utilitarian dropship in bulkhead grey, all screaming metal and monstrous engines. 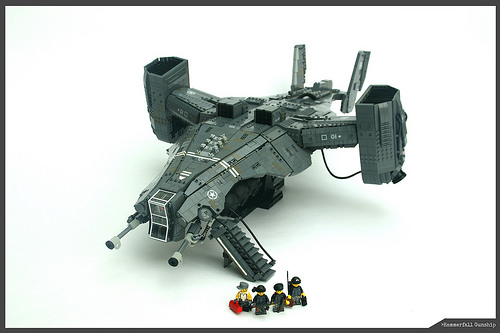 Like all the best SHIPwrights, Stijn sucks you in with the initial enormity inherent to every SHIP, but it’s the details that count and the Hammerfall has those in spades. There are too many to list, so here’s a beauty shot of some of the best. 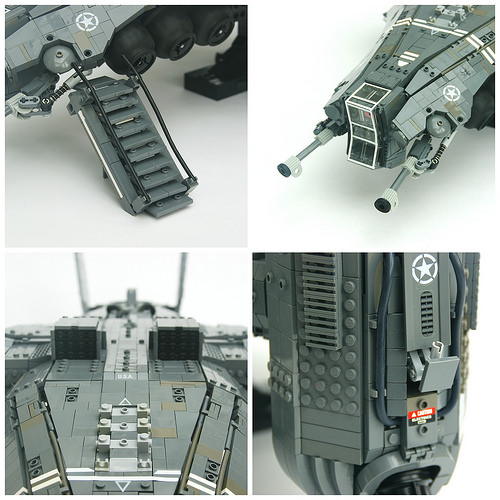 As if this build wasn’t cool enough, it was based on artwork by the frequently featured Pierre Fieschi. This sort of exchange of ideas between builders is, to me, one of the greatest parts of the FOL community.