Guy H. (V&A Steamworks) built this beauty, which heavily employs aftermarket parts. It’s a gorgeous piece of art, and a terrific Eastern take on the usually European steampunk theme, but it does cause me to wonder: just how much of a model can be aftermarket parts before it stops being a “LEGO creation”? Whatever you decide, I hope Guy builds more stuff like this. 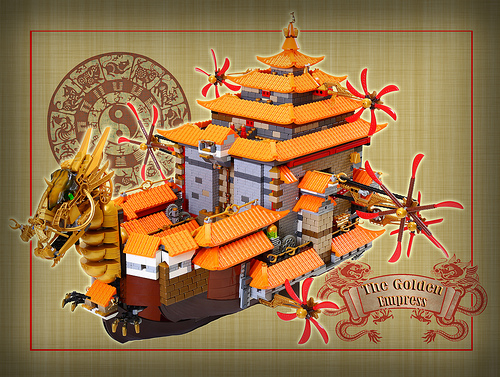 8 comments on “The Golden Empress Airship”