Ralph Savelsberg (Mad physicist) recently moved from England back to The Netherlands, and he misses his former adopted home already. Away from the collaborative displays of the Brickish Association, Ralph decided to combine all of his Cafe Corner-standard buildings into his own layout, resulting in “Brickston Borough”. 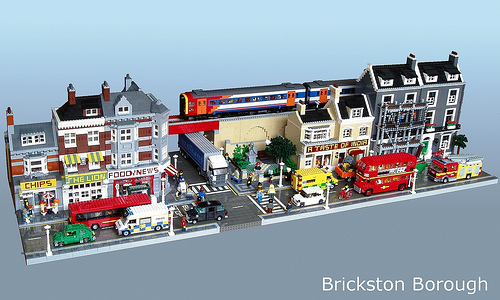 As much as I like each component of Ralph’s layout — the lettering on the distinctly British buildings, the vehicles, and even the road itself — it’s the sentiment that brought them all together that I love. It’s the same community spirit on display in AFOL: A Blocumentary.

LEGO brings us together, and can keep us in touch even when we’re apart.

2 comments on “Goodbye to the Brickston sun”