A common criticism of ApocaLEGO creations is that they’re all shades of brown or gray — believable colors for many apocalyptic scenarios, but not necessarily for the zombie apocalypse. With that in mind, I’ve added a few more colorful creations to my fleet of zombie-hunting vehicles. 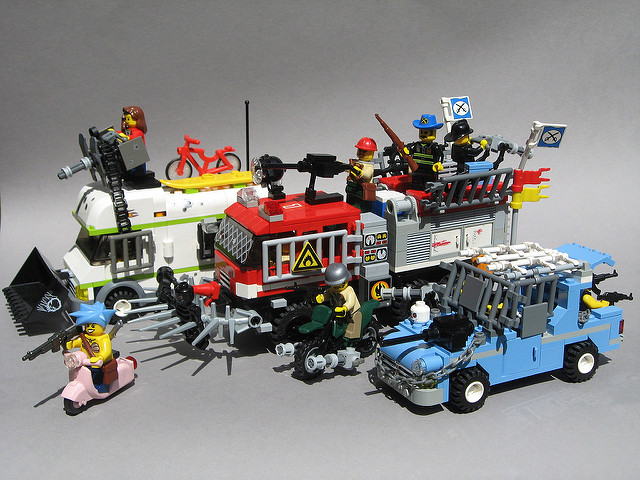 The big red vehicle is an apocafied version of my S&S/TATRA Wildland Ultra XT fire engine, while the light blue car should be familiar to fans of a certain boy wizard. 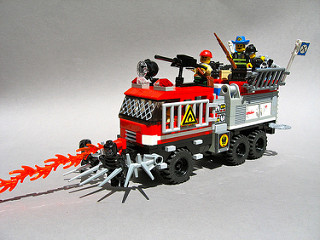 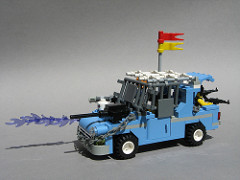 The requisite back story for the blue car:

A trio of intrepid survivors convert an old Ford Anglia into a zombie defense platform — complete with Browning M2 .50 Caliber machine gun and M134 Minigun requisitioned from an abandoned Army base. The flamethrower is apparently homemade.

Of course, these particular survivors have a few extra tricks up their sleeves. Other survivors say that the color of the fire from their flame thrower "just ain’t right." They can also be heard to exclaim "Incendio Cranium!" as they charge into a horde of zombies.

Like the green and white camper, the Ford Anglia is an example of an apocafied official set, one of the categories you can win prizes in during Zombie Apocafest 2009 this October at BrickCon.

I had so much fun with the little pink Vespa leading the charge that I had to build her a gang of zombie-hunting comrades. 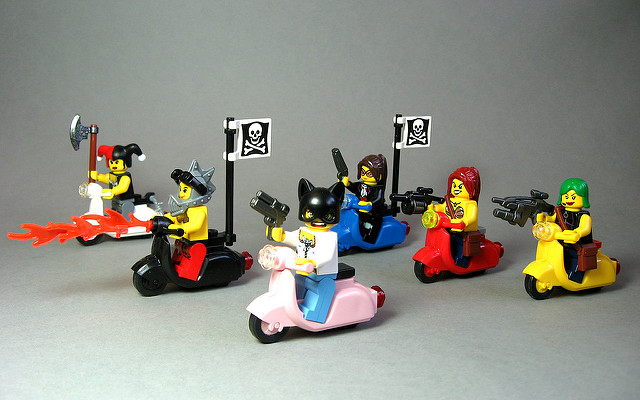 The girls are riding scooters from BrickForge designed by Arealight, with custom weapons from BrickArms (including several new prototypes).