Pictures of the third day of BrickCon are now appearing. During the public hours, over 3,200 visitors attended the show, as you can see from the chaotic picture below.

Click the picture to see more from my photostream or see more pictures from the Flickr BrickCon pool. 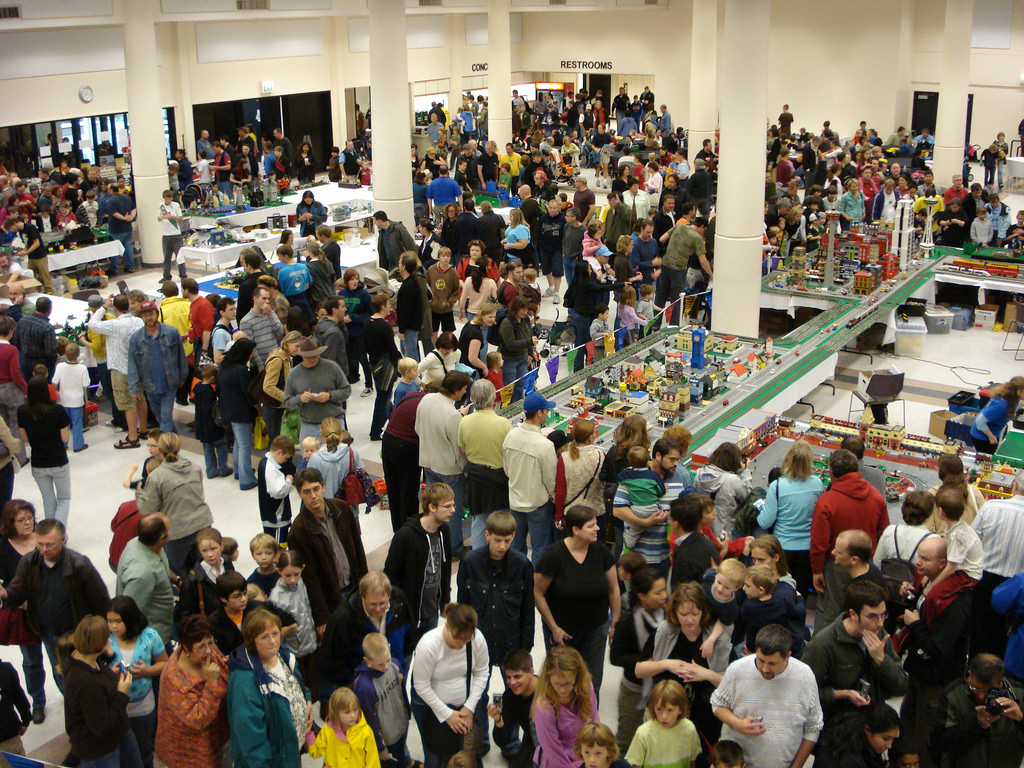 During the awards ceremony, Josh and I gave out prizes for the “Best Zombified Building” — which also won “Best in Show” — and “Best Zombified Vehicle” to participants in the zombie layout. We’ll have photos of the whole layout tomorrow (including the prize-winners), but here’s a preview of Zombie Apocafest 2008: 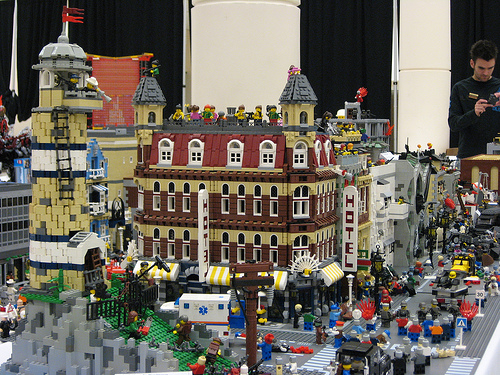 Our schedules have been incredibly full these past three days, so our apologies if our coverage hasn’t quite lived up to your expectations. Those of you who wanted product updates should be overjoyed with 10193 Medieval Market Village, and we’ll have detailed coverage of future BrickArms products in the coming days.

In the meantime, more sources of BrickCon photo and blog goodness include:

Oh, and did we mention that there will be a BrickFest in 2009? Stay tuned for details on that as well.