We recently highlighted HKLUG’s LEGO Sport City display, with huge models of the venues we’ll be seeing in the Beijing Olympics next month. 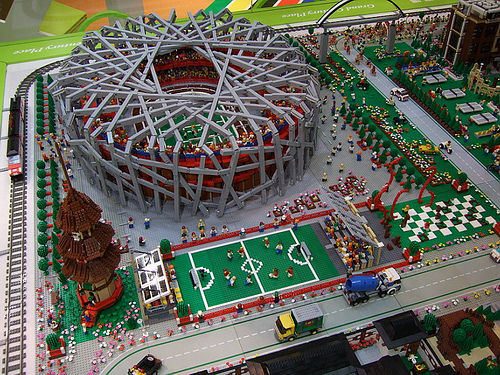 Thanks to LEGO Ambassador and HKLUG member Tsang Yiu Keung (better known as Chiukeung), we have lots more information on the models, including behind-the-scenes photos.

Chiukeung gives a sense of just how large the display is: 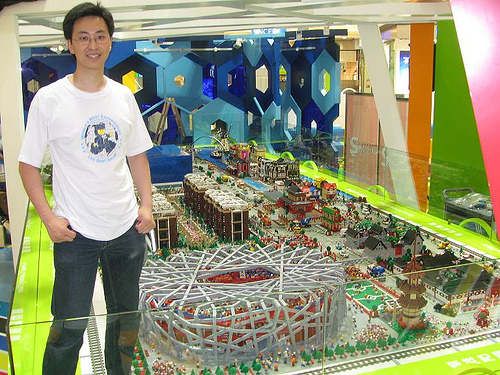 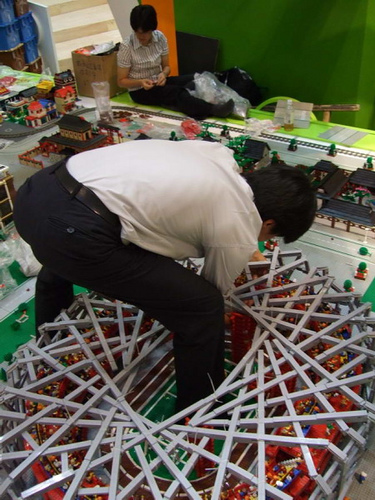 The finished display is certainly impressive, but the behind-the-scenes photos reveal the true scale and impressive techniques that went into the LEGO Sport City.

The iconic National Stadium was designed by Ming, an architect by trade. It took him over 100 hours to complete, and is 128×154 studs in size (that’s about 40″ x 48″). The outer shell includes thousands of hinge plates.

The National Aquatics Center was built by Vincent Cheung over the course of 120 hours, and has a three-tier design with a cell-like structure in the transparent blue walls.

The Swimming Cube is illuminated with a fluorescent lamp inside, and measures 148 by 148 studs, or 46″ on each side. 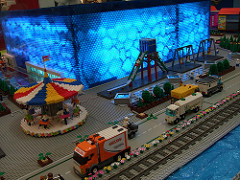 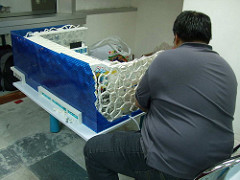 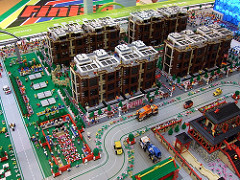 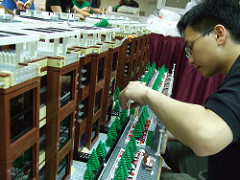 There’s lots more to see (56 pictures in all) in the HKLUG LEGO Sport City photoset on Flickr, including the Equestrian stadium by Hudson, Greek temple by Wai Kee, and various Chinese and European buildings by Andy. The mosaic was built by Hot, who also coordinated the entire project.

If you’re in Hong Kong, you can see this LEGO display for yourself at Grand Century Place between now and August 31, 2008.

Thanks again to HKLUG and Chiukeung for the behind-the-scenes info and photos!