LEGO fans all over the ‘net love the new Pixar movie Wall-E, and they show their affection for the film with wonderful LEGO creations too numerous to post individually.

First up, Mark Sandlin adds crushing action to his Wall-E: 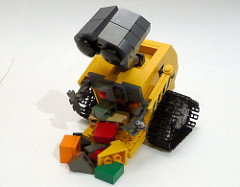 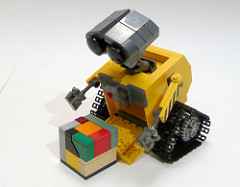 Aaron Lemay goes super-small with his super-cute Wall-E built from only 11 pieces: 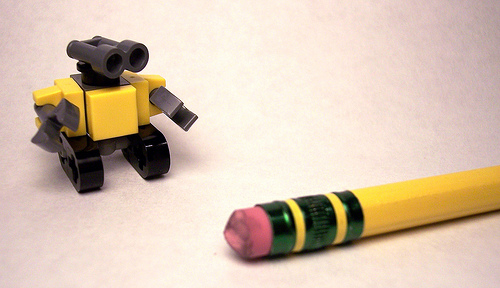 Jordan Schwartz breaks from the mold to build frustrated cleaning robot M-O (“FOREIGN CONTAMINANT!”), along with his own Wall-E: 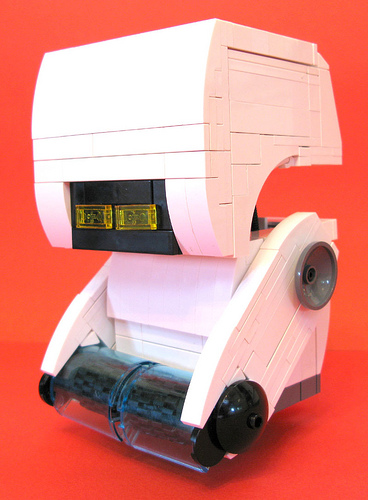 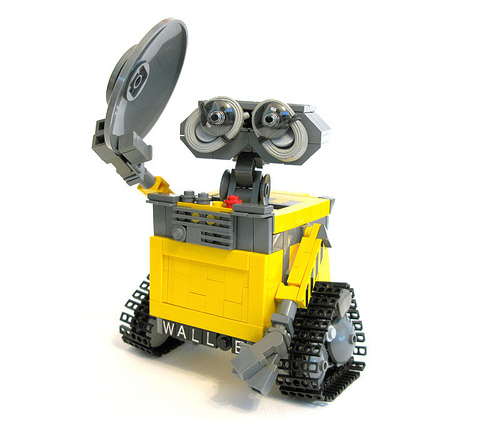 While other builders go fairly large or very small, the Wall-E that legomocs built works rather well at a mid-sized scale: 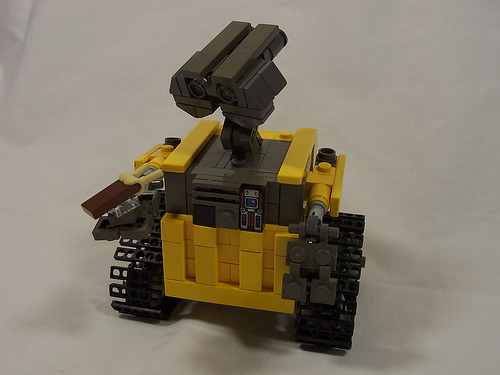 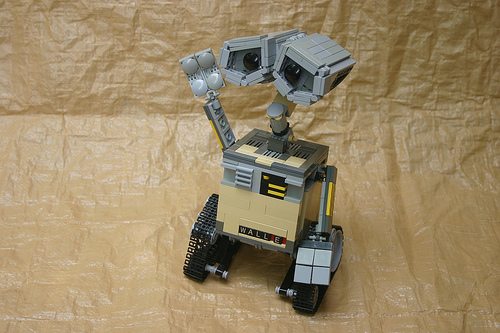