I had the pleasure of meeting Pixar animator and LEGO fan Angus MacLane at BrickFest 2007. When I saw the first trailer for Wall•E (in theaters Friday, June 27), I knew we should try to do something special. Our exclusive interview with Angus and first look at his LEGO Wall•E follows.

The Brothers Brick: How long did it take to build your Wall•E? 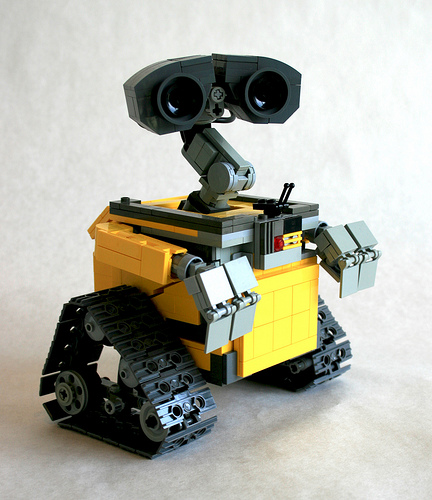 Angus MacLane: About seven hours over a span of three years. I started building the LEGO version of Wall•E around the same time he was being built in the computer in late summer of 2005. I had been waiting for some treads to be released, and with 7258 (the “Wookie Attack” set) I got just enough tread links for two treads. 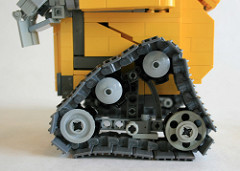 The color scheme of Wall•E wasn’t settled so I stared building with all light grey. I wasn’t totally happy with the results. The treads were too small and pretty flimsy. I put him on the shelf and went back to work.

Then the snowmobile and bulldozer came out in 2007 and I had my tread solution. So I rebuilt him at the beginning of this year with the proper colors as we were finishing animation production. I’m proud of the overall proportions, but the eyes are still a bit too off for me.

TBB: Do you think that working on the movie gave you any special insights into the design of the LEGO Wall•E?

Angus: Having stared at this robot for 3+ years, I was extremely familiar with the proportions and functionality of Wall•E. It helped to know his design, but that made it hard to make the usual compromises when converting items to LEGO form. 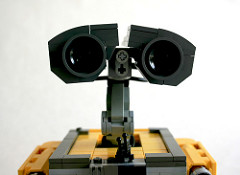 TBB: How does your “day job” as an animator influence your LEGO hobby?

Angus: Mostly I build with LEGO as a way to unwind from a day spent in front of the computer. The tactile nature of LEGO can be much more satisfying than working in the often intangible realm of the computer. Also, a large part of an animator’s job is to clearly communicate an idea through the pose of a character. I think this is similar to building with LEGO where part of the goal is to sculpt clear shapes that communicate the purpose of the creation.

TBB: Has your LEGO hobby helped your “real” job in any way?

Angus: LEGO gets you used to thinking and designing in three dimensions. It has really helped my ability to visualize spatial relations. This is especially useful when working with artists and technical directors to take 2D designs and successfully turn them into 3D character models.

Also, when building with LEGO you often have to simplify or caricature the intended form. This is similar to caricaturing motion and simplifying acting ideas, which is an important part of the animation process. 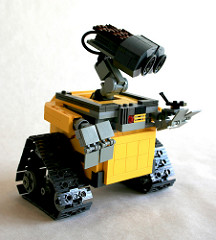 TBB: Do you share your LEGO creations with your coworkers?

Angus: I have a small area in my office where I have my MOCs [My Own Creations] on display. Sometimes I get comments form coworkers. The question I always get is- Is that a set? Why don’t they make that? It’s very flattering to hear, but I know that they probably aren’t familiar with the latest and greatest from Brickshelf, so they have little to compare it too.

TBB: Do you check Brickshelf and Flickr for LEGO creations?

Angus: I was pretty blown away by Joe Meno’s Wall•E. I struggled with Wall•E’s eyes for a while, and Meno’s solution is really great. I was also impressed that he went for the arm stripes. Plus it’s motorized. Pretty amazing creation of a character from a movie that hasn’t been released.

TBB: What are your thoughts on the various LEGO games?

Angus: I’ve only played the Classic Star Wars game. The play control is pretty good and it’s fun to play. The animation is fine, but I wish that there was more truth to materials in the animation. Something about seeing the knees on minifigs kind of freaks me out.

If the only joints that moved on the characters were the wrists, heads, and legs, the animation would be a lot more charming. I realize this would limit the movement, but it would feel more like LEGO and less like clay. It would also be about 78% funnier. Which is a big win in my book. 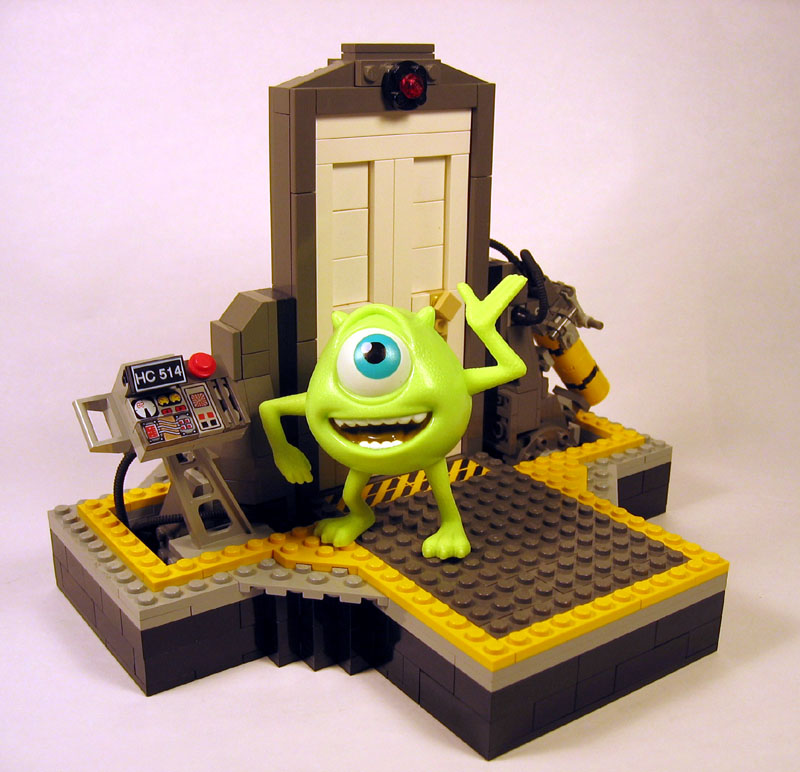 TBB: Have you built anything from the other Pixar films that you’ve worked on?

Angus: I took a pass at the Omnidroid from The Incredibles. At minfig scale it’s a bit too chunky for my taste, but I haven’t gotten around to rebuilding it properly. I built the Luxo lamp which is a bit more on model. I also built a Monsters, Inc. door station that is to scale with the action figures.

TBB: Which Pixar film (feature length or short) is your favorite?

Angus: That’s pretty hard to for me to decide. Toy Story is the only feature that I got to see as an audience member, rather than as a crew member. 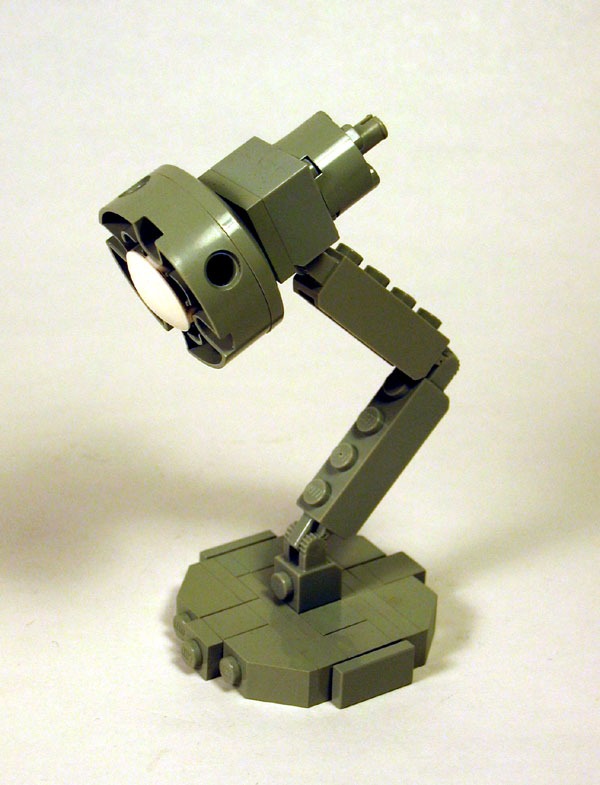 TBB: Okay, we have to ask this. :-) Why aren’t any of the main characters in Toy Story or Toy Story 2 built from LEGO?

Everybody has toys from their childhood that are very special and meaningful to them. For me personally that would be Classic Space LEGO, Fisher-Price Adventure People, Original Star Wars 4″ line and the first 3 years of the small GI Joe line. You’ll notice that the toys of the Toy Story world are loosely based on or inspired by toys that are pre-LEGO. So I don’t actually know the answer to your question, but I’m guessing it’s because the original character designers did not happen to grow up with LEGO as a major influence. As to why there hasn’t been many Buzz Lightyear LEGO MOCs that would be due to the relatively new arrival of lime green and the shortage of purple.

A huge thanks to Angus MacLane and Pixar for this interview. Be sure to check out all of the rest of Angus’s Wall•E photos on Flickr. 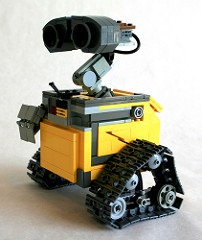 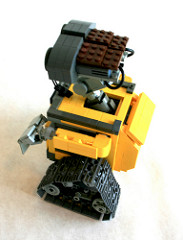 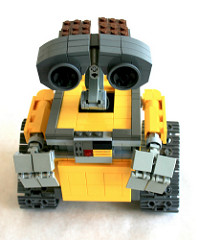