Photos from day 2 are starting to show up from the following people:

Here’s what I did today:

9:00 A.M.
LEGO Store Pick-a-Brick at the event venue included large bins of minifig parts (10 pieces for $5). I picked up several more yellow Slave Leia minifigs, along with torsos from the green Scout Trooper torso, among other cool finds.

10:30 A.M.
Scrambled to do some last-minute setup of my steampunk, post-apoc, and castle stuff.

11:00 A.M.
Public hours began, and I spent an hour stamping people’s hands and handing them raffle tickets. It was nice to meet Arpy in person as well.

12:00 P.M.
Lunch with Josh. Shop-talk about The Brothers Brick with delicious Greek food.

1:00 P.M.
Bumped into Caylin, so Josh and I went with her for a second lunch. At BrickCon, you learn to injest comestibles when you can… 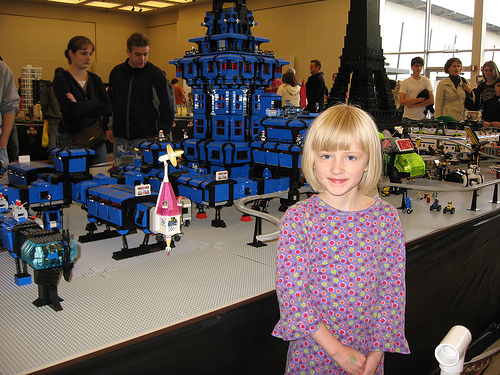 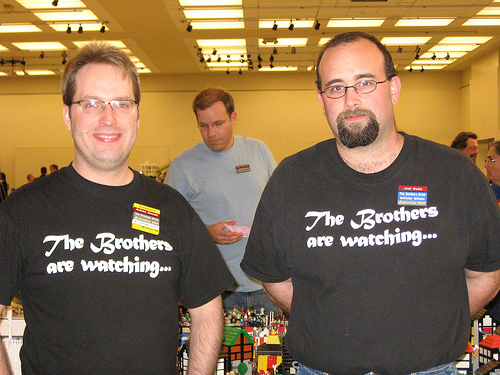 4:30 P.M.
Judged Steampunk and Castle creations for awards. Next year, I’ll be accepting bribes. It may not influence my decisions, but I will accept any free LEGO you may want to give me. Here I am (on the right) giving a critical eye to the joust pavilians, with Tom Raffert and Jim Foulds (from the LEGO Universe team): 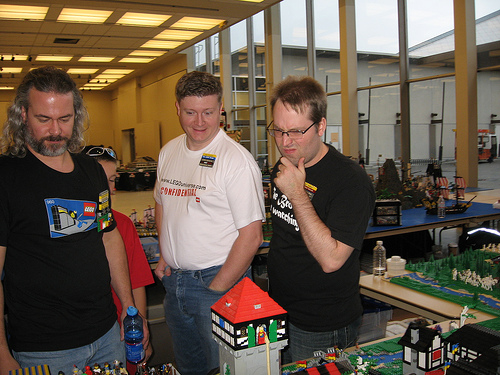 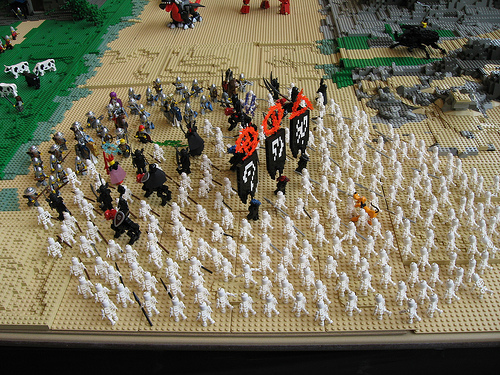 5:15 P.M.
Formal induction into KeithLUG. Rites were performed. Sacrifices were made. Swag was received.

6:30 P.M.
Award ceremonies and presentations. Got excited when Andrew Lee‘s name was announced for winning the microscale category (heard “Andrew B.”). I was surprised, because I thought the other Andrew had built better stuff. Apparently the judges agreed. Fortunately, I didn’t actually get up and embarrass myself…

Jim Foulds from the LEGO Universe project provided some details about the game. You can read what he had up on the screen here.

8:00 P.M.
Hung out with Steve Witt, Andrew Lee, Zach Clapsadle, and many others to build Cafe Corner floors for the Cafe Corner Tower. No instructions at our table, so had to reverse-engineer ours from a prototype (L to R: Andrew, me, and Steve): 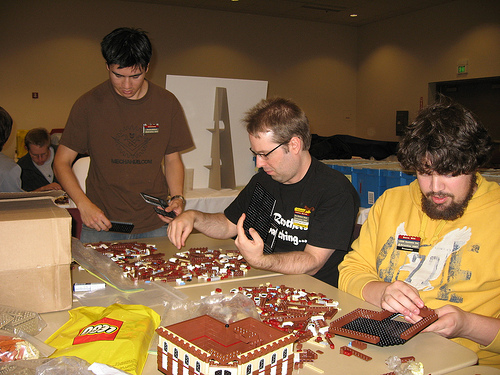