First of all, notice that NWBrickCon is now “BrickCon.” Cool.

I actually don’t have a whole lot to report, since the first days at LEGO conventions have become mainly social and acquisitive for me. In other words, I tend to spend most of my time chatting it up with people I haven’t seen in six months, a year, or never (if I only know them from the Web), as well as poring over minifig bins from sellers in the Brick Bazaar. Well, I guess talking with other fans — especially meeting people I’ve gotten to know online — and buying LEGO is pretty much all I end up doing for most of the con, but describing that to all of you out there who can’t be here won’t be especially interesting…

Pictures are a start, though. I’ve just uploaded all of my own photos to Flickr (photoset) and photos from other attendees are starting to show up in the BrickCon group pool.

In terms of LEGO creations I haven’t seen before (at least in person), I’m excited about the Miniland-scale Cafe Corner, a great steampunk section, KeithLUG’s Omicron Weekend, not one but two Mecha-Godzillas, new Moonbase modules, and a fantastic Castle display. I’ll highlight some of the coolest stuff once everything’s been set up and I’ve spent some time taking decent pictures. Of course, you don’t need to wait for my pictures. Check out Lonnon Foster’s photoset or Joe Meno’s setup set for great shots of some really excellent stuff.

Here’s the Miniland Cafe Corner (before complete setup, so still missing the street scene I saw later in the day: 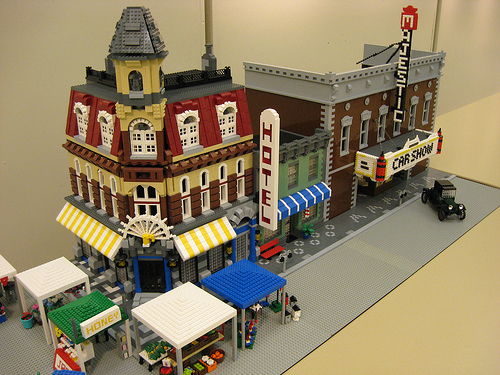 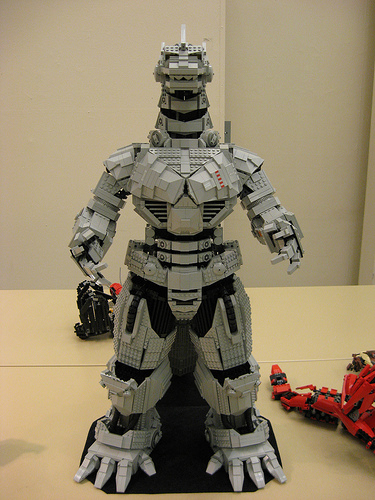 Bruce, yes, I’m excited to report that there’s a great selection of vignettes and microscale this year! Rest assured I’ll photograph both and tag them so you can find them for VignetteBricks and MicroBricks. Looks like you’ve already noticed Shannonia, though. ;-) 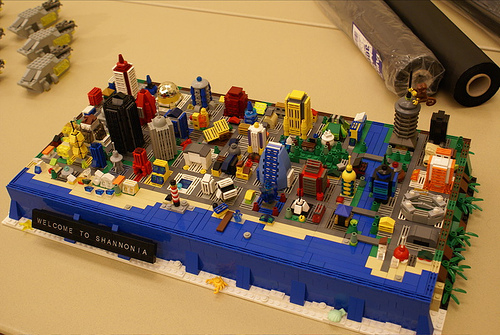