I noticed this in one of my Flickr feeds last month but thought that someone had just mis-tagged it “LEGO” (as sometimes happens). But then I saw it again in nnenn‘s photostream when I was blogging a couple of his recent microscale creations a few minutes ago. Knowing that nnenn only posts LEGO creations (well, mostly LEGO), I did a double-take. Yes, in fact, it is LEGO: 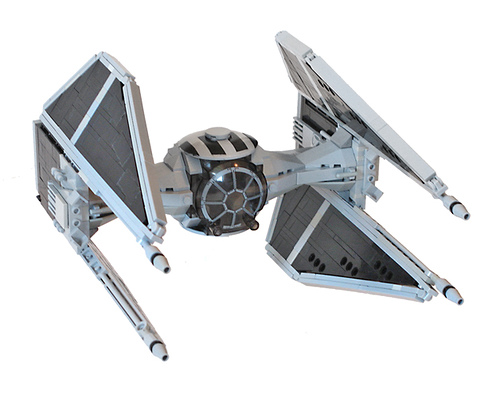 This is by far the best TIE fighter I’ve ever seen built from LEGO. Notice especially the detail between the upper and lower wings and the hinges used to angle the border around each wing. (According to nnenn’s description, the only non-LEGO is a few pieces of black tape to cover Technic holes and to create the stripes on the cockpit.)