Alex’s latest LEGO creation is nightmare fuel and not only because it looks scary. This reminds me very much of the series Hannibal. In the show, a stag man-creature appears to the main character. It is a reference to the Wendigo. A Wendigo is a mythological creature or evil which originates from the folklore of the First Nation. It is often said to be a malevolent spirit which possesses human beings and invokes feelings of insatiable hunger. Is has a desire to cannibalize other humans. I am not sure what Alex’s inspiration for this creation was, but this is what it invokes for me. So as if that is not nightmare fuel enough I felt it necessary to look up some of the parts for you. With Bionicle and Hero Factory not being my field of expertise, it took quite a while. The head itself is a true work of art using only two pieces. The Hero Factory Witch Doctor was used for the lower part of the face. The top part was realized using the Bionicle Mask Iden. One of the best things about this creation is the small peekaboo the ribs give you. You can see the internal organs right through them. I love how even a touch of pink can’t make this thing look cute. 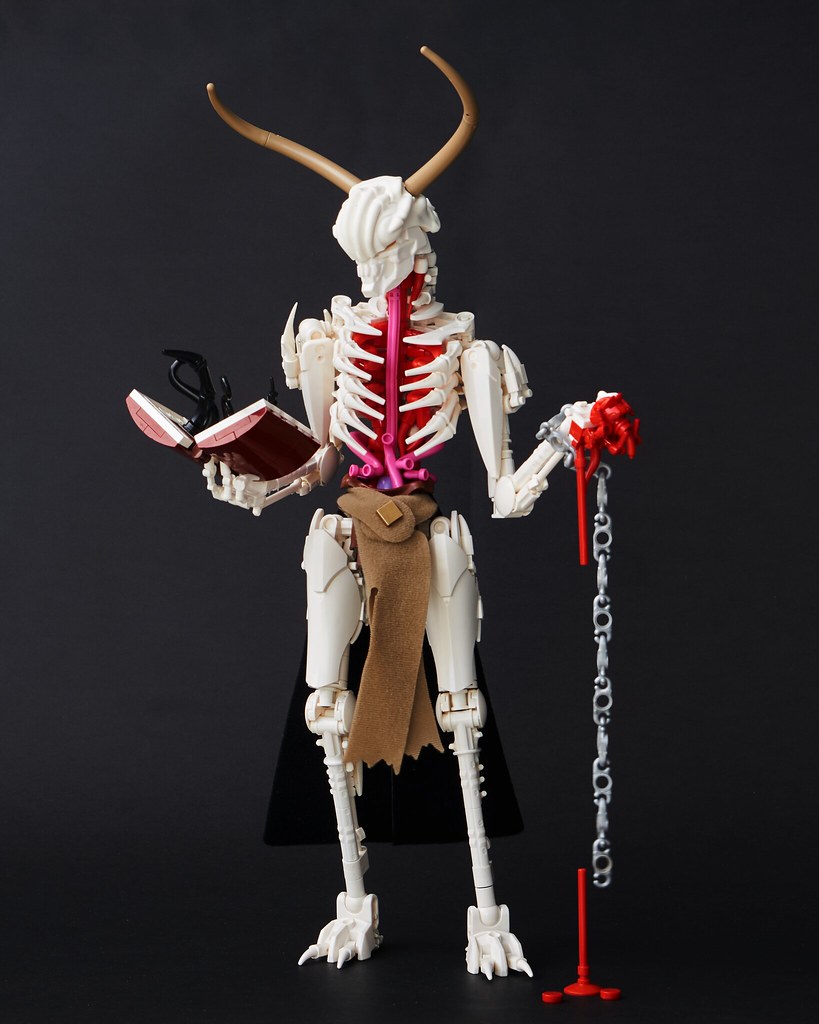