Back at it again with the SHIPtember fare, we have an intricate, industrial SHIP by builder Sunder_59. This model is the latest of Sunder’s giant spaceships and there was plenty of planning as usual. This tanker, the ORS Hinduan, features plenty of brick-built cylindrical and spherical elements within its asymmetrical design. The shape of the ship, especially with the elevated bridge, is reminiscent of naval freighters. Equipped to refuel ships large and small, this side of the ship has landing pads and refueling stations above each tank while two large, extended refueling rigs are attached to the bottom.

Sensor and communications arrays extend from the front of the ship, though I imagine the pill-shaped section jutting out from the base is a form of docking mechanism. On the other side, the detailed, exposed elements of its large engines fit into a near-future, “hard sci-fi” model, like the ships of The Expanse. Known as greeble amongst builders, the mechanical components that Sunder has built into the engines elevate the design to something more realistic. For example, the orange spheres held in the rigging are probably reactors which is a delight to see accounted for within a design. The left side of the ship includes (what I imagine to be) an extendable solar panel as well as different piping around the tanks. 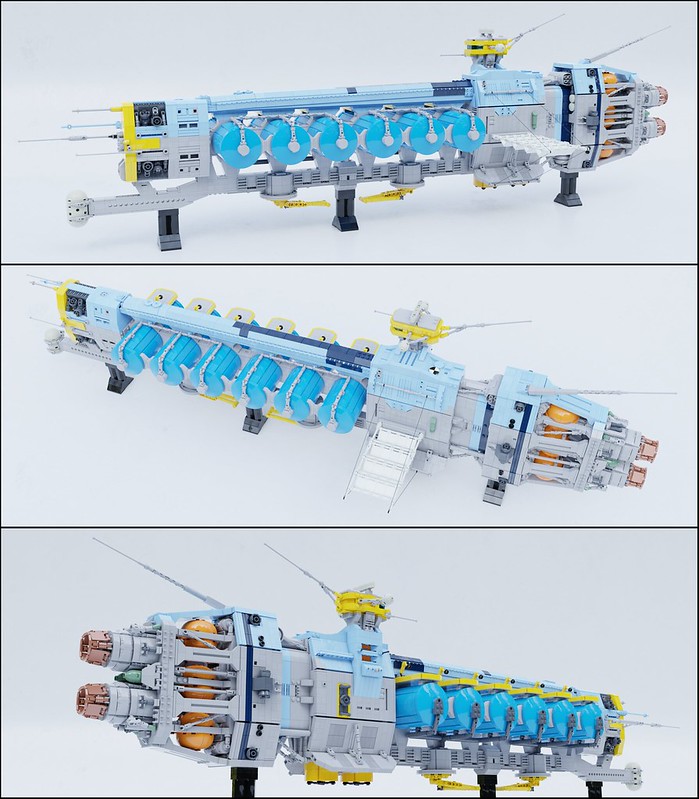 Some close-up shots give you a chance to appreciate the various techniques that Sunder_59 used to sculpt this. The bridge and refueling platforms are wonderful details. The bright yellow is eyecatching but compliments the blue(s), grey, and white of the ship’s body. 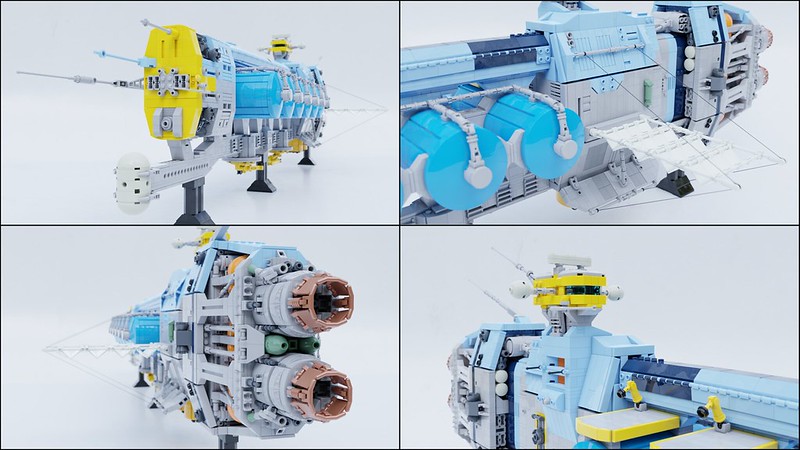 This builder seems to really understand how to build a SHIP from design to the challenges and benefits of space. For example, note the dark grey booster sections on the front and back of the ship which help adjust its heading and orientation. I can’t wait to see what Sunder_59 brings us in SHIPtember 2022.

We see plenty of spaceships here at The Brothers Brick but we rarely see any that are quite as colorful as this one. A LEGO builder who goes by the name of F@bz has conjured up a space tanker that would look right at home in a carnival…parade…fire? Carnival parade fire. I’m seeing some very retro pieces that may have been pilfered from some old Aquazone sets from about 1996 or so. The tanker pieces, or at least the ones with the “AT.02” decal, come from the Exo-Force Mobile Assault Tank from 2006. If ever F@bz gets tired of this colorful model (but who would, really?) it can get pried apart using the two new dark turquoise brick separators included in the design. Now that is totes fabs! 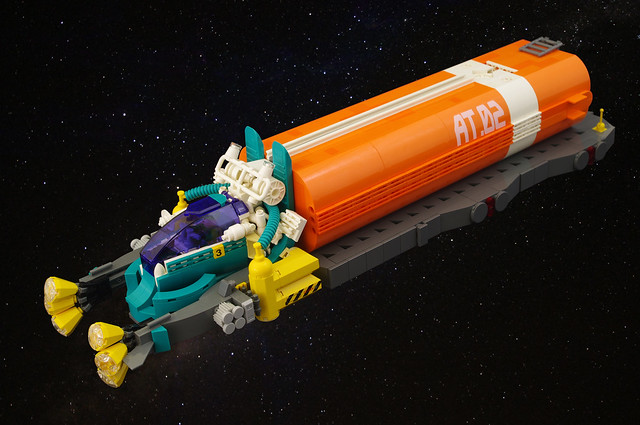