Year after year, the LEGO city keeps expanding with plenty of houses, modular buildings, vehicles and, of course, fire & police stations. All that development is bound to attract legions of minifigures — it’s only a matter of days before the plastic trash begins to pile up. To keep up with this issue, LEGO has released several garbage trucks over the years, but what happens when baseplate streets become filthy? You need a good street sweeper, but the last street sweeper to appear in LEGO City was carted around by a minifig 12 years ago. That’s a long time for discarded 1×1 plates to accumulate alongside the curb. The wait is over because LEGO is back to keep the brick-built highways clean with set 60249 Street Sweeper. The set consists of 89 pieces and is available now via the online LEGO shop for $9.99 USD | $13.99 CAD | £8.99 GBP 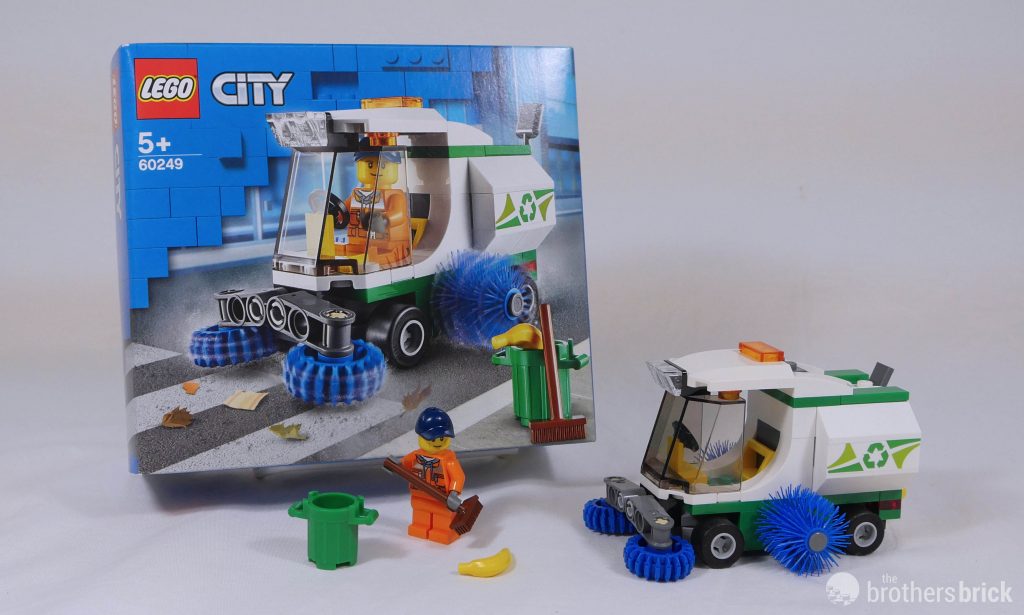