With the giant LEGO Titanic gracing the seas, it’s only fitting that builders like Henrik Jensen  are choosing to showcase some of the great steamships of the past. This 1/87 scale model has a few custom painted elements, but also makes clever use of existing parts, like those hockey sticks as part of the  lifeboat racks. I’m also fond of the compact display stand and printed flags. A recreation that, dare I say it, is certainly ship-shape. 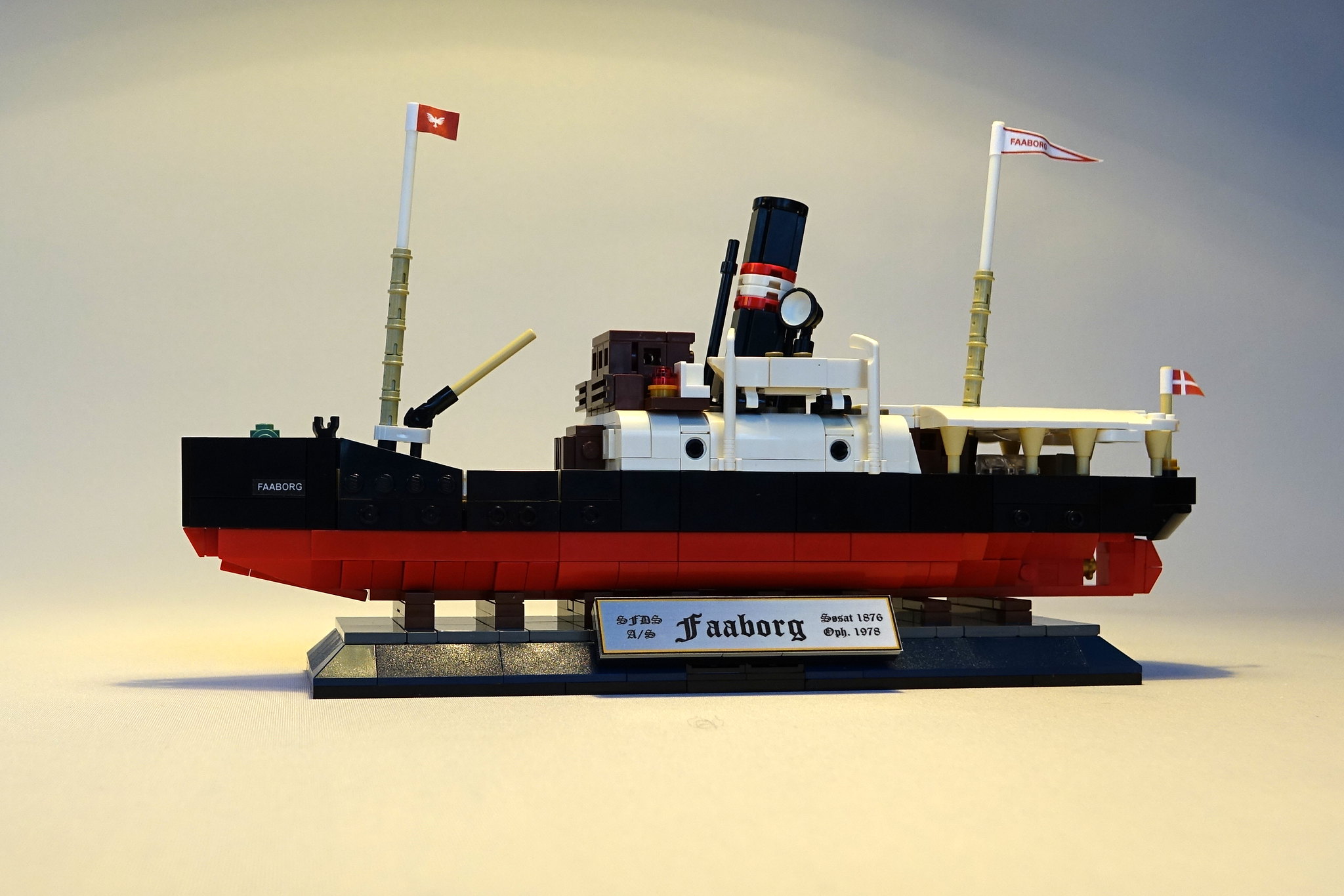 Henrik shared this info about the origins of his model:
In September I visited the island Ærø which is located in the South Funen archipelago. In the town of Rudkøbing, they have a museum called “The Old Shipyard”. There, the restoration of an old steamship that was close to being dismantled has been undertaken. It gave me the idea to build a model of a steamship that, along with several other small steamships, has been part of the lifeblood between the islands and the mainland, in a time before World War I, when bridges between parts of the country were not common.

At “Det Gamle Værft” they restored the ship “Angelo”, or as it was previously more aptly called, “Svendborgsund”. My model of the steamship “Faaborg” is partly based on photos of the ship, partly on drawings of “Svendborgsund”.

If you’re in the mood for more nautical goodness, be sure to browse our boats tag!

The Esmeralda is an unusual LEGO ship for several reasons. First, it’s a steam corvette from the 1800s, a period when many ships were rigged with sails and outfitted with steam engine-powered screws. Despite the abundance of source material, not many LEGO builders have recreated these ships. And secondly, builder Luis Peña has chosen an interesting size, scaling the ship to the game microfigs. 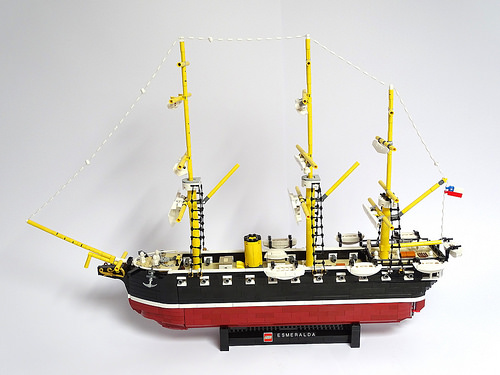 The finished result looks excellent, with a ship that’s big enough to incorporate lots of details like the anchor pulleys, while still small enough to be manageable with a reasonable number of pieces. Other great details include the Technic panels as sails (a technique LEGO employed on the Sea Cow) and the excellent little Chilean flag. 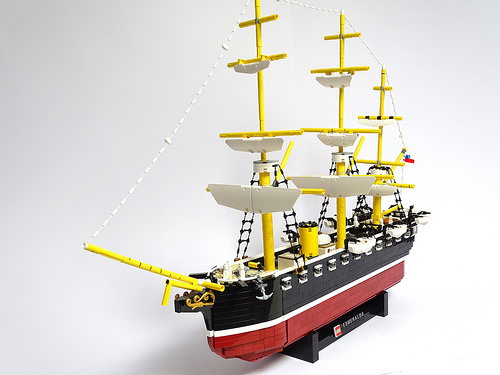 Mike Yoder has been working on a Confederate sidewheel steamer for the last few weeks. However, after a catastrophic fall last week it was uncertain whether the model would be finished. But Mike pushed on despite the hardships, and I think the results are worth the pain and suffering. 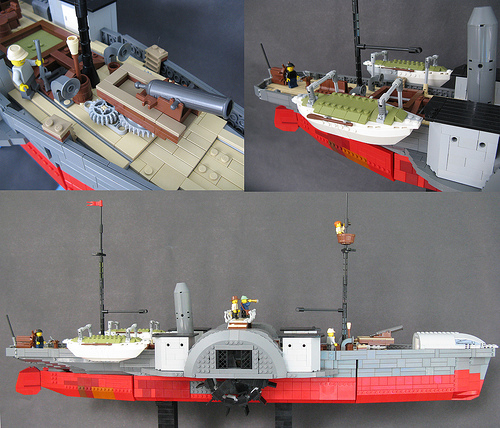 Easily the neatest feature for me is the working engine.