In the most chaotic battles of the Clone Wars, soldiers for the Republic knew victory was imminent when they could hear the overhead rumbling of gunships flying through the sky. Just looking at this fantastic LEGO model built by Spencer Hubert makes me, too, cheer for the Republic. 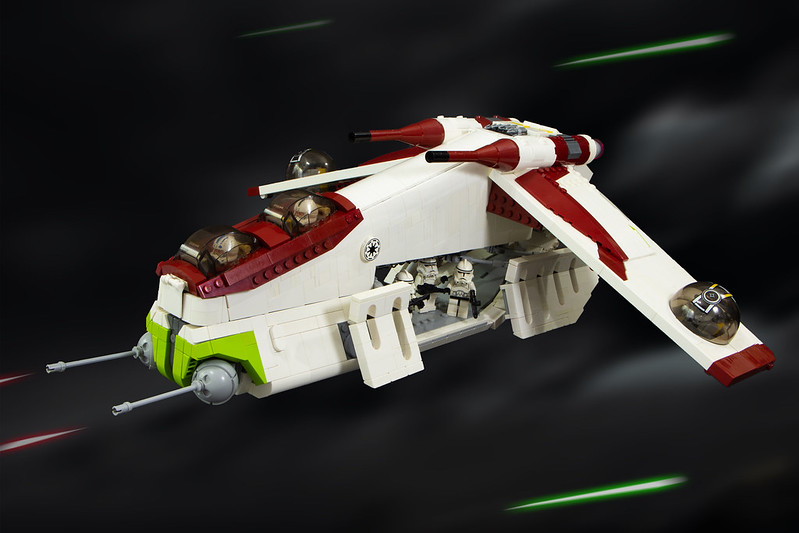 First seen in Star Wars: Attack of the Clones, this gunship was a staple of the Grand Army of the Republic. Hubert’s model here continues the traditional red and white paint scheme of most of the gunships seen in that movie, as well as the wing-mounted bubble turrets and front ball turrets.

What’s new about this version are the fully closing doors instead of a side turret. These doors allowed pilots to fly their gunships through the void of space so carrier ships wouldn’t have to get too close to the battlefield. 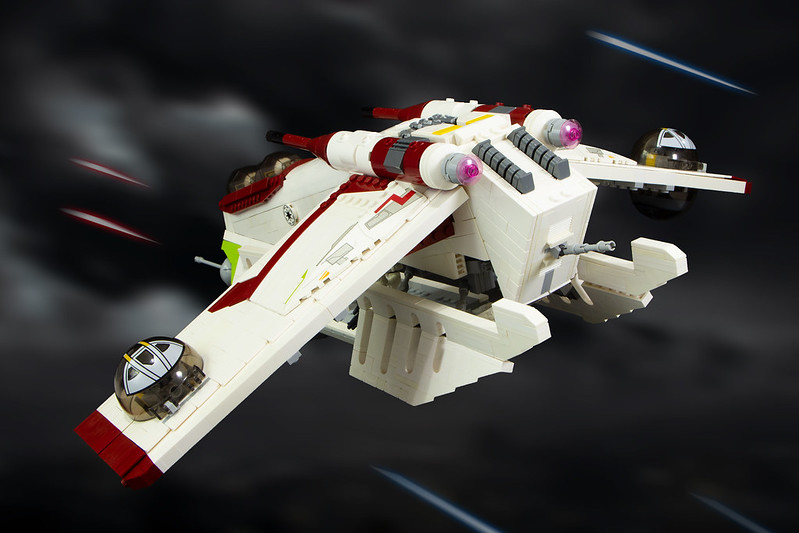 I always find it useful to reuse printed bricks from sets that I don’t have built anymore. Hubert has done that by utilizing the large printed sloped bricks from the original Obi-wan Kenobi Jedi Starfighter set as detail on the back of the gunship wings. Very clever!