This creation from SpaceBrick looks like it’s about to fall apart. And I mean that in the best possible sense! It’s a snapshot of a delightfully ramshackle mediaeval inn. The variation of pieces in the walls gives it a nicely weathered look, and both the roof and the bridge have some great uneven layering of tiles and plates. Note the hammers used as big stone bricks in that bridge as well! Speaking of notes – SpaceBrick says this is an “ambush in a mediaeval town”. I’m not sure if it’s the knight or the bard who is about to be ambushed. I think I know who my money’s on in a lute versus sword fight… 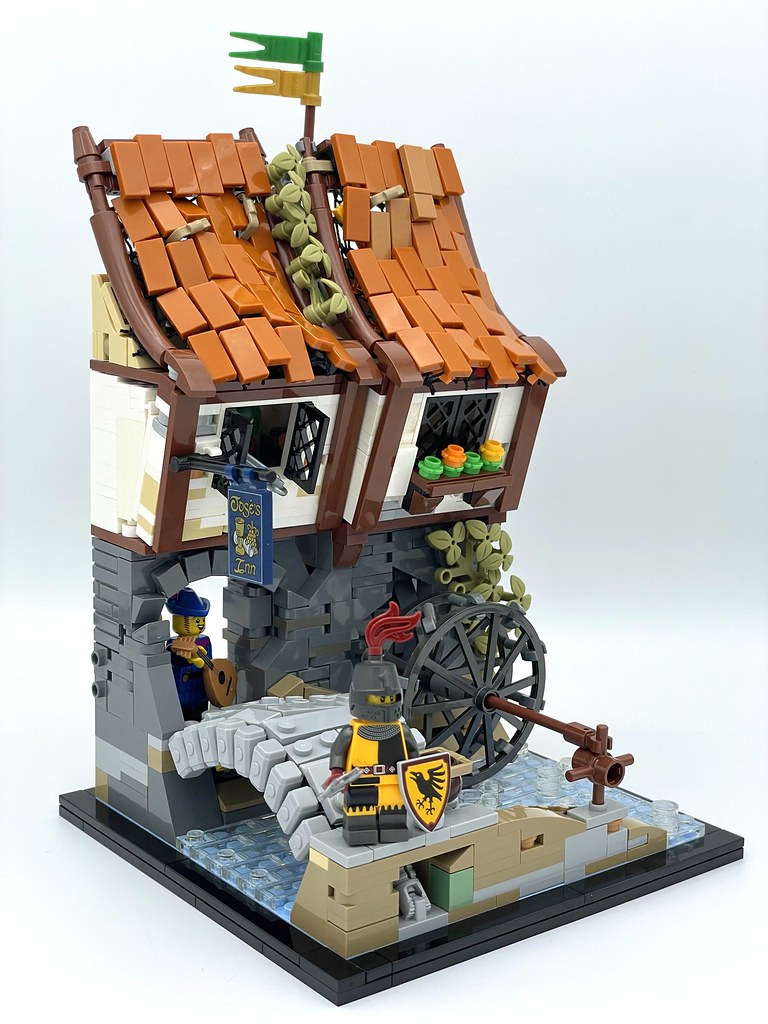 Twas the Nightmare Before Christmas, when all through the house not a creature was stirring…except for SpaceBrick. SpaceBrick’s latest LEGO model presents a unique twist on the classic Tim Burton film by taking a scene and contextualizing it as a painting. His brick-built illustration is even mounted on an easel! The builder did a great job of crafting the moonlit cliff with a curl, and the surrounding scenery is to die for. Pairs of Harry Potter wand on sprue elements were used to create tombstones, which look Burtonesque in their own right. Look carefully, and you might also catch a glimpse of a tiny Jack Skellington. 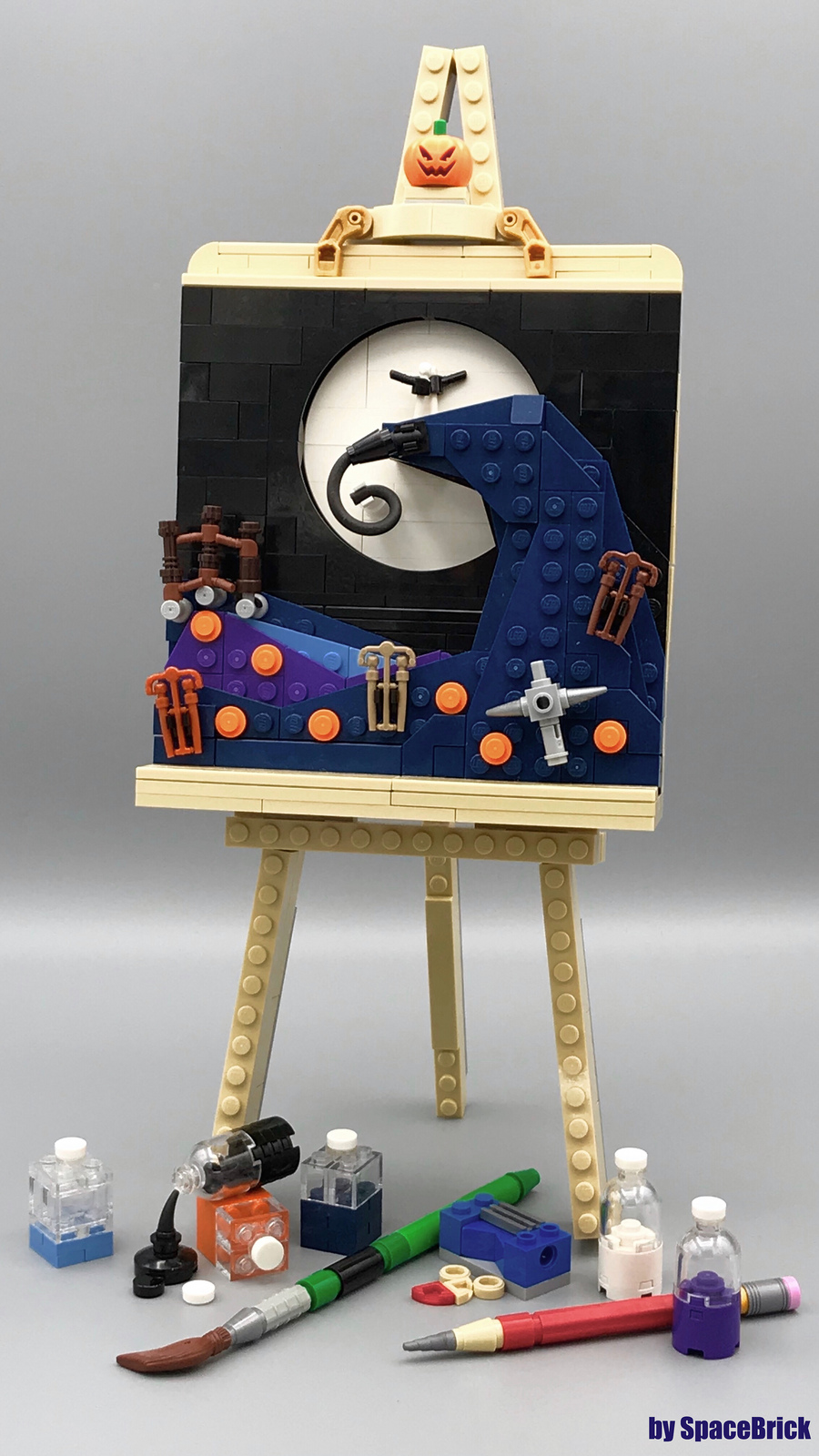 The level of detail in this LEGO model is frighteningly high, right down to the tools of the trade scattered below the easel. There are half-filled tubes of paint, a paint spill, and wood shavings alongside the pencil sharpener. It all helps one feel the artist’s sense of accomplishment they must have experienced upon finishing their masterpiece. 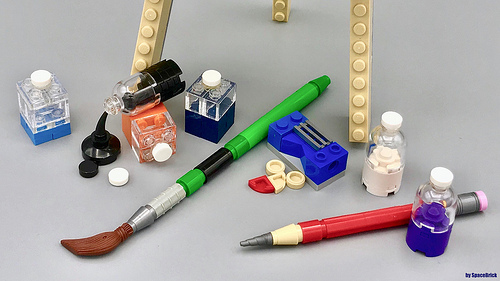