Making its way through the canopy, this enormous piece of LEGO equipment keeps a steady grip on the weaving branches of the rainforest canopy. Builder Charlie Jones brings us his second ambling piece of construction equipment with a CAT-themed color scheme. Perhaps suited for traversing the jungles of Pandora from James Cameron’s Avatar, the Sloth Walker’s crew clambers about its hanging body, making their way up its legs to the thick branches to survey the unique biomes and the territory below. The builder spent almost 200 hours working on this beast, along with the branches above, and it surely paid off with an impressive final product. First off, the branches of the tree are ingenious, if not a bit laborious. Time consuming as they may be, their repetition and semi-woven pattern provide a convincing effect on the overall build. 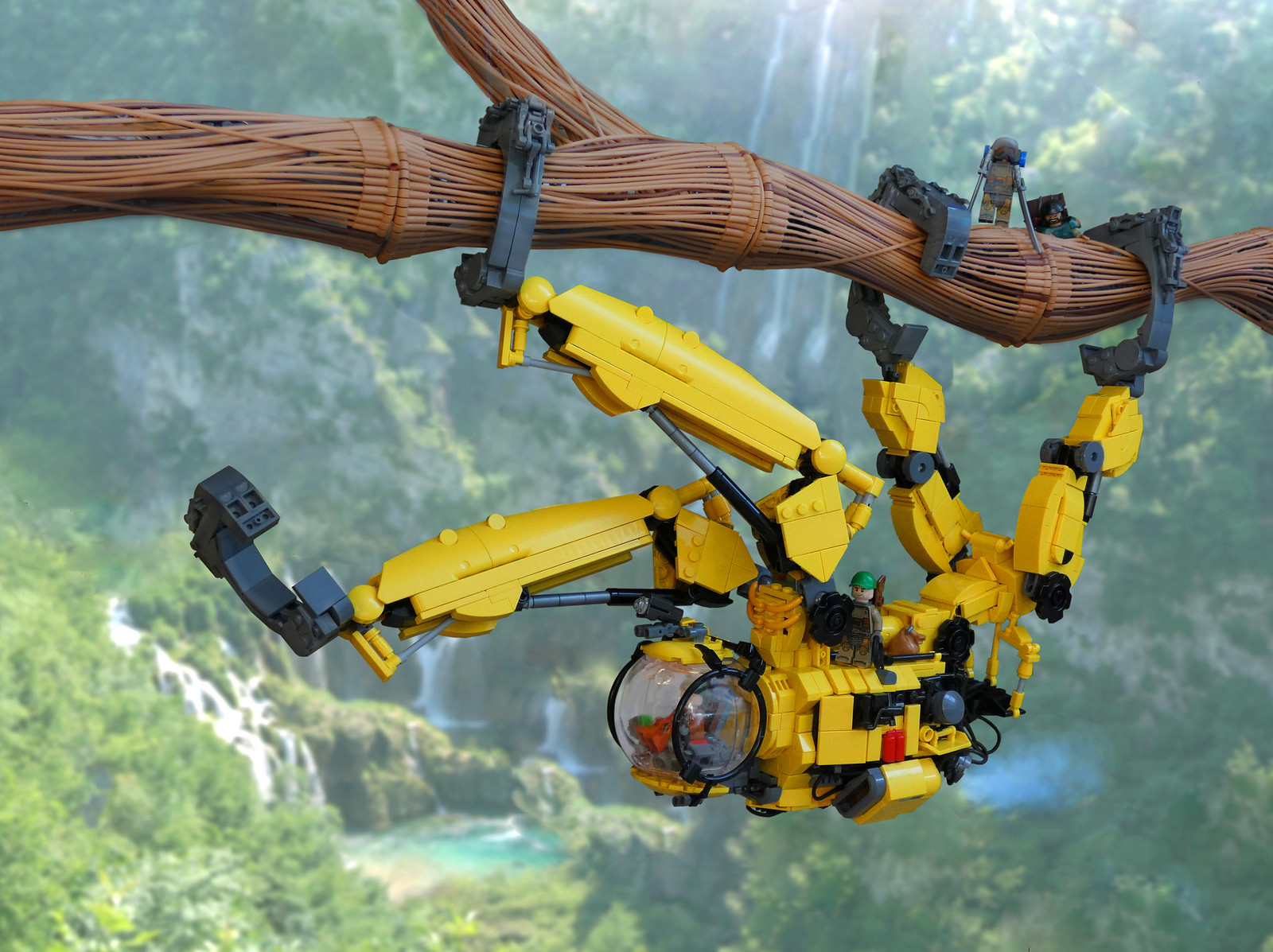 The Walker, if you can really even call it that when its making its way upside down like this, is its own masterpiece though. At just under a meter long, every centimeter of this build is detailed and intentional. Using droid bodies and arms on the claws gives a delightful industrial texture, while the pneumatic-like structures in the front arms compliment a convincing design. Of course, I can’t go without mentioning that awesome domed canopy for the pilot, providing a full view around them. Using the frames of Harry Potter’s glasses from the Hogwarts Icons set as the framing for the cockpit was an ingenious move, honestly.

I commend those workers on the outside of the craft. Making my way over the exposed engines, hanging on as the arms and legs move above me, I’d hope to at least be tethered somewhere safe. I wouldn’t want to fall and get caught by the tether only to get crushed by some mechanical components. I leave this part of exploration to this brave crew, I guess, and just move on to commending Mr. Jones for a magnificent build. Keep up the good work, mate!

Would you just look at this super cute LEGO sloth byChi Hsin Wei. I mean, do you see that precious little face? It is oozing happiness. The use of the wedge for eyes is perfect. Did you know that a sloths’ eyes don’t function all that well? They completely lack cone cells in their eyes and because of this all sloths are colour-blind. They can only see poorly in dim light and are completely blind in bright daylight.

However, the best thing about this LEGO sloth is not their cute squinted eyes, nor their claws which look just like the real deal. It is that sweet smile across that little face. This expression of pure bliss would have been a lot harder to achieve were it not for the perfect use of the sausage as mouth. 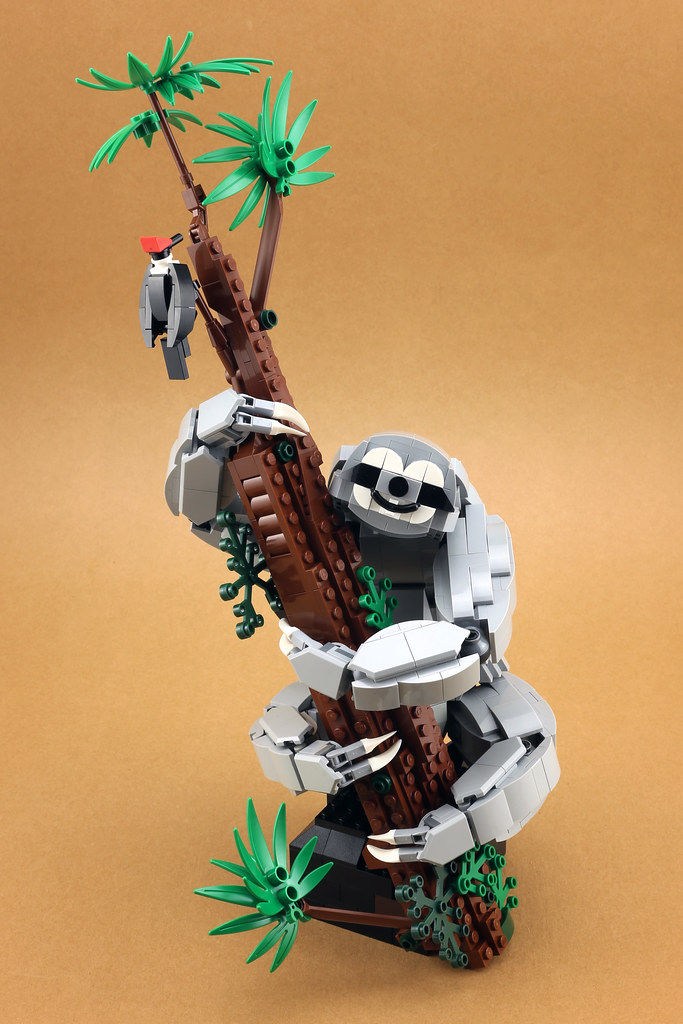