Lupin III: The Castle of Cagliostro is a Studio Ghibli film which is often overlooked, so it’s great to see this fantastic build of the main structure in the film by Sandro Damiano. Created in microscale, the castle rests upon a beautifully formed lake with different shades of colour placed underneath transparent blue tiles, representing the variety of depths in the water. A long walkway links the castle to a clock tower which is placed upon a crumbling wall. The castle has been lovingly built with accurate tall blue spires and roofing details. Headlight pieces are heavily featured across the castle, portraying large windows. 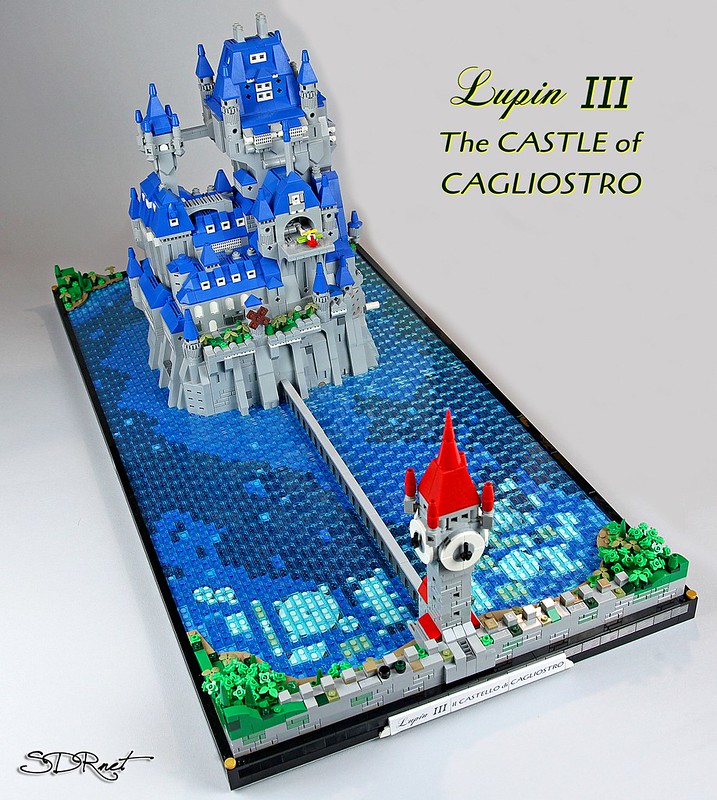 Round the back you can really get a sense of how the castle is built upon a rocky surface with the use of dark grey bricks. There are also some clever uses of parts, such as the ends of grille pieces as tiny windows, and some of the arches are represented by rounded plates with bar handles. It’s a fantastic build that really captures the sense of awe and mystery surrounding the castle. 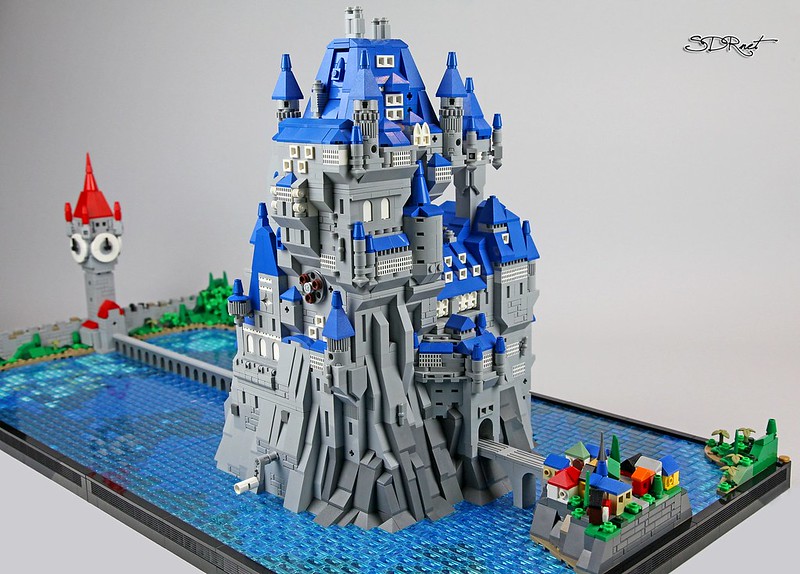 In the last few decades, two of the most popular themes for LEGO creations are Castle and Town. Sandro Damiano has built a scene that could fall into either. Usually, it’s pretty easy to categorize a creation as one or the other, but at what point does a castle creation become a town creation? Is it a town creation simply because it is clearly in the modern day? Couldn’t we have a medieval village and still call categorize it as Town? Is an abundance of grey, brown, or tan required to be called a castle? Or maybe a protective perimeter wall? 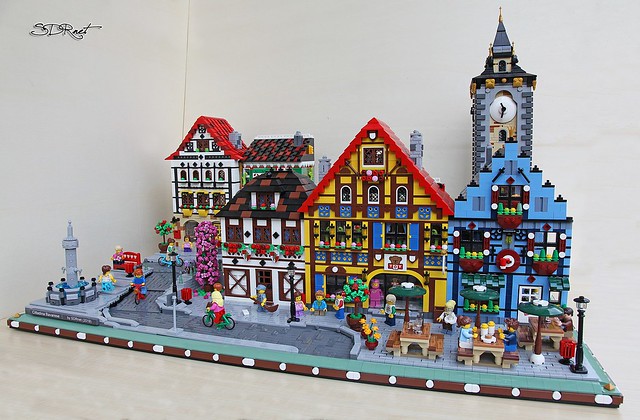 The name of this beautiful creation does call it a Bavarian Town, but I’d argue it could fit into either theme. Replace the town minifigures and details with castle characters and details and – ta da – you’d get an amazing medieval Bavarian Town.