If there’s one thing that sets today’s LEGO elements apart from those of the past, it’s the wide range of bright colors found in modern sets; they expand upon the original LEGO primary color palette with stunning diversity. Many of these colors are only available for a limited assortment of parts. This digital model by Pau Padrós uses some great new parts like this brick with a half arch first released in 71043 Hogwarts Castle, and this rounded brick in colors LEGO has not released yet, but we can hope that maybe someday, they will. The model features an angled facade and plenty of unconventional construction that orients the LEGO stud in several directions within a single structure. 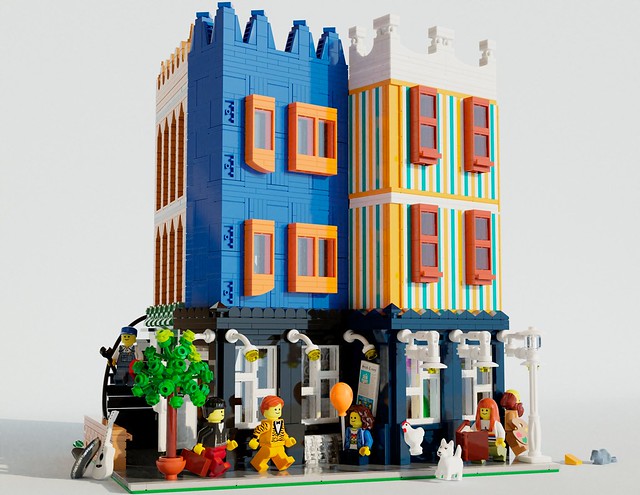 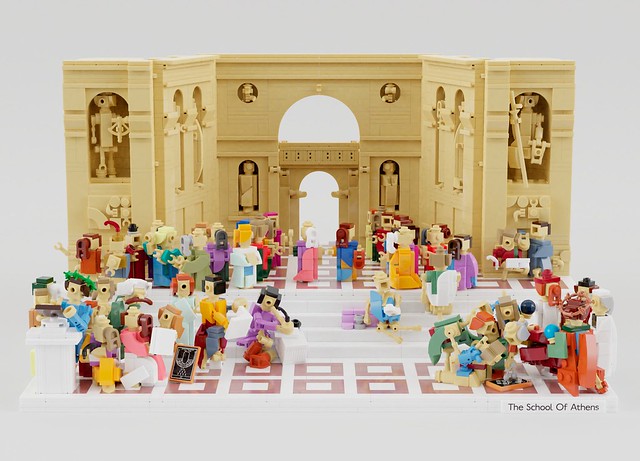