When LEGO introduced the Ninjago theme back in 2011, no one could have guessed that it would come to be one of the company’s most popular themes. Now celebrating its 10th anniversary, Ninjago is getting its biggest set yet, 71741 Ninjago City Gardens. At 5,685 pieces, it’s the fifth-largest LEGO set ever, and the third entry into the cyberpunk modular buildings collection known as Ninjago City. A series of high-rise buildings containing all manner of city life, Ninjago City Gardens houses restaurants, a museum, an arcade, a dojo, and apartments, along with 19 minifigures. Ninjago City Gardens is available now for US $299.99 | CAN $399.99 | UK £274.99. Let’s see how this one stacks up to the previous Ninjago City sets. 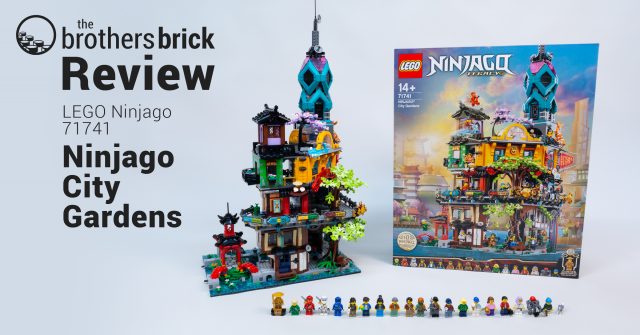