The city of Minas Tirith in the realm of Gondor is one of the most iconic locations from Tolkien’s beloved The Lord of the Rings books, and was brought to life perfectly in the film adaptations. Builder Nicola Bozzolan has crafted the capital stronghold in LEGO, and it looks amazing. Using over 7,000 pieces, Nicola spent more than 60 hours making the White Tower nestle just perfectly among the mountains, with its seven-tiered system of defensive walls. 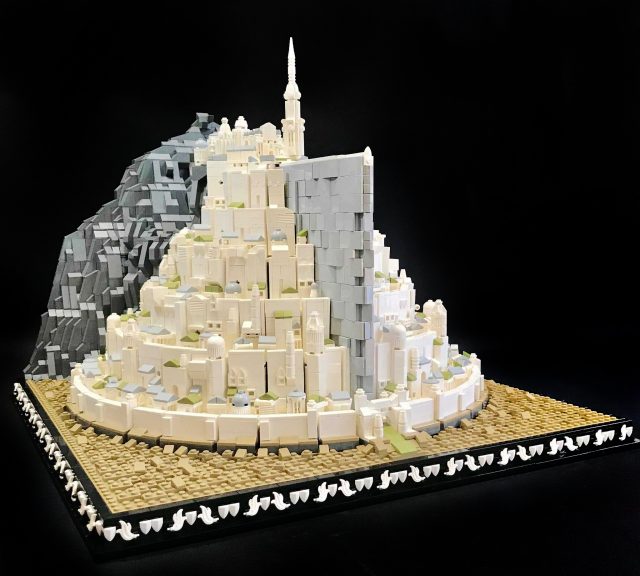 Spreading out on the Pelennor Fields, the curved city is rendered excellently in microscale. High at the top of the central spire of rock is the palace of the kings of Gondor. The emblematic white tree of Gondor is in the central courtyard, with its ancient sweeping branches represented by a LEGO feather. 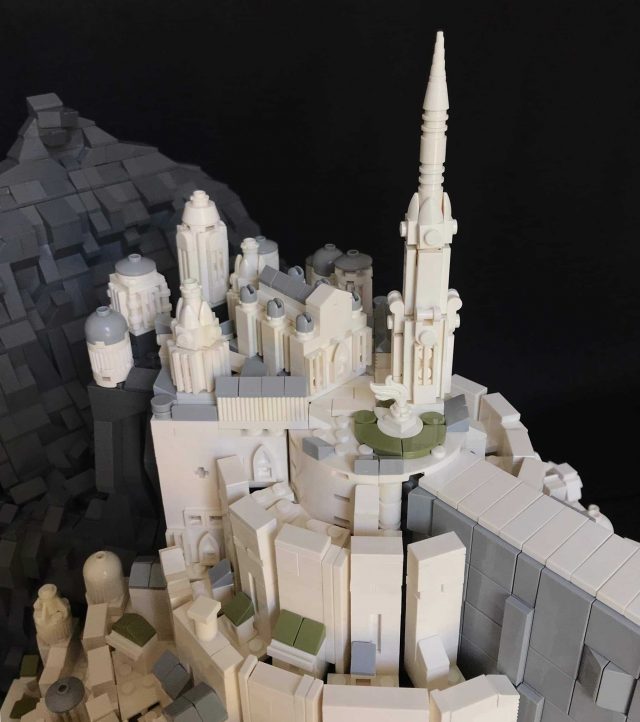