Season two of the Mandalorian is right around the corner, and fabulous LEGO creations inspired by the show keep on coming. Neil and Joanne Snowball return with their mosaic of the titular character to accompany their previous mosaic of the true star of the show. 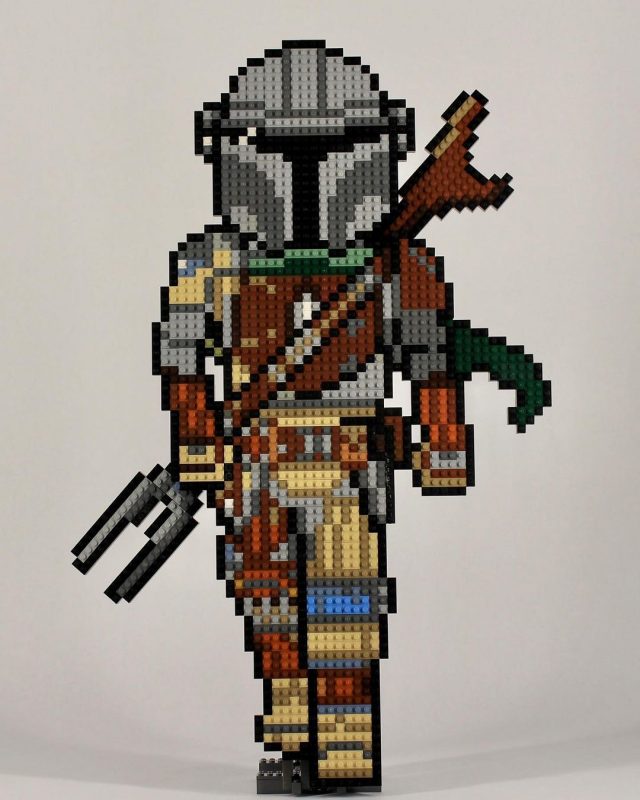 Depicting our hero from the first half of season 1, this recreation of Mando gives off a real comic book or 8-bit videogame aesthetic. And even with that simple static style, an incredible sense of motion is conveyed: it’s obvious that he’s walking towards you, his cape blowing in the wind. Perhaps you have something he wants. Perhaps you should let that precious baby Yoda go. Perhaps you should listen up, so you don’t get disintegrated by that Amban phase-pulse blaster on Mando’s back. Could this be a scene from season 2? Only time will tell.

END_OF_DOCUMENT_TOKEN_TO_BE_REPLACED

Now that LEGO has finally gotten with the times and released official versions of Baby Yoda – in both BrickHeadz and minifigure form, LEGO fans can focus on building him in new formats. A devout follower of the Church of Baby Yoda, Neil Snowball, jumped at the chance to build our lord and savior in mosaic form. The likeness is uncanny and the thick black borders give it the stylized appearance of a cartoon or 8-bit video character. One thing is for sure, he’s just as cute in two dimensions as he is in three. 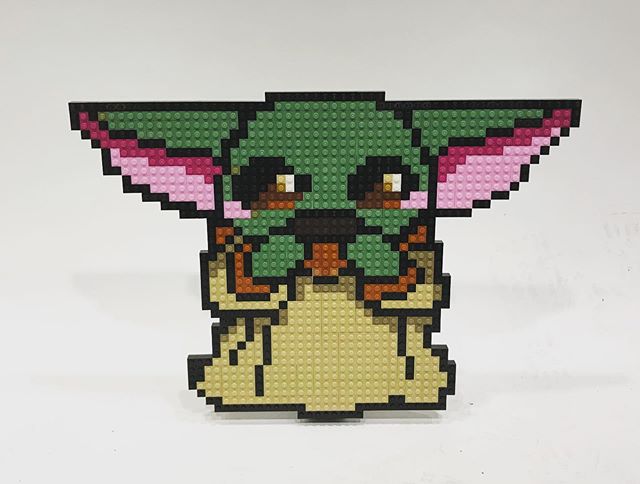 If you’ve read this far, you may be waiting for me to acknowledge that officially, the character is named “The Child”. Listen, I know that. You know that. I know you know that. He may be The Child in official labels, but in my heart, he’ll always be Baby Yoda. Unless he decides to fist bump me, and I try to be cool and call him “Yode”.