Forced perspective is always the way to go when you want to get noticed by TBB. Using niche LEGO parts in a clever way is another way to get blogged. John Snyder did both so I have no choice but to write an article about this amazing build. The forced perspective is created by building something that is further away on a much smaller scale than the things in the foreground. The background is too blurry for me to identify cleverly used parts, but the objects in the foreground are a lot easier to identify. The path is made of 1×2 round plates mixed with plates in dark tan. This makes the path look like it is made of cobblestones. A simple technique with a great effect. The tree is made using several limbs of Chewbacca. The print on this piece works perfectly for tree bark. When it comes to foliage John got really creative. The autumn leaves are made with toy winder keys. The fallen leaves are made using star stud holders. For the grass John used minifigure claws 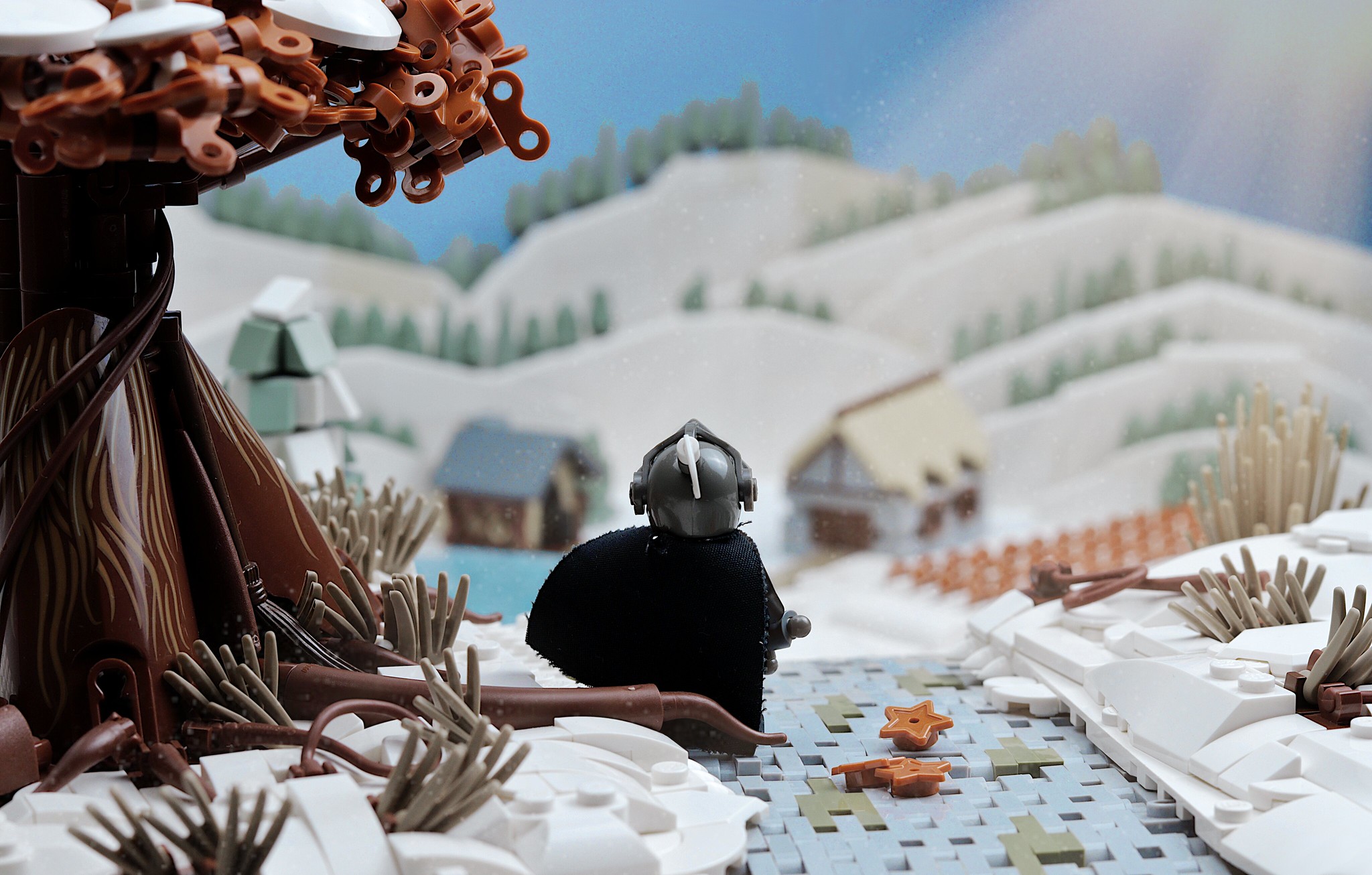 This creation byJohn Snyder might reek a little bit of garbage. And that’s just the way we like him! It’s everyone’s favorite grouch, Oscar from Sesame Street. I am so glad to see that this rendition of Oscar in LEGO does the character justice. He looks fuzzy and hairy thanks to the abundance of wire connectors and some leaves. He is sporting his classic brown monobrow which makes him look extra grouchy. John even went as far as to use LEGO packaging to create all the garbage. Most of the non-brick parts in this shot, are produced by or for LEGO. Can you identify where they came from? 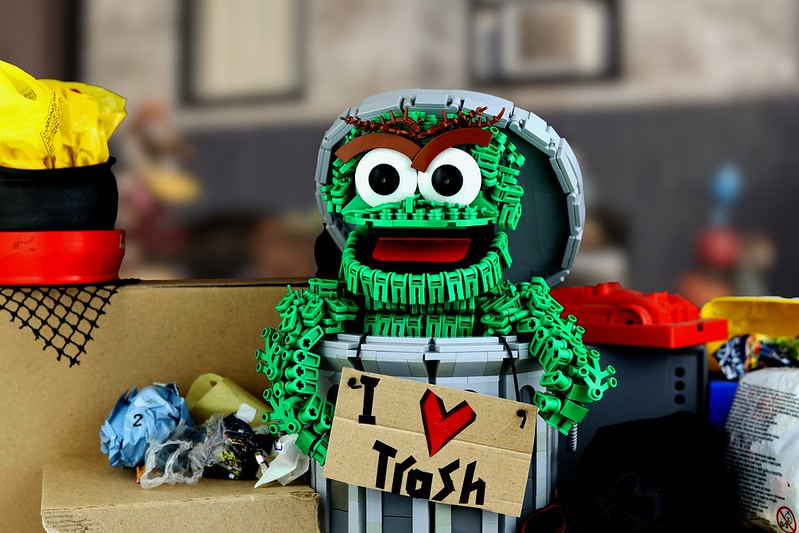