To celebrate the 20th anniversary of LEGO Star Wars, I recently sat down with Jens Kronveld Frederiksen, the Director of Design for the LEGO Star Wars line. Jens has been with LEGO for more than 20 years, and shares his insights on how he joined the company, what lessons he’s learned over the years, and how LEGO balances input from both kids and adults. Read through to the end to learn a really cool detail about the movie Millennium Falcon Jens saw during a visit to Pinewood Studios during the filming of The Force Awakens! 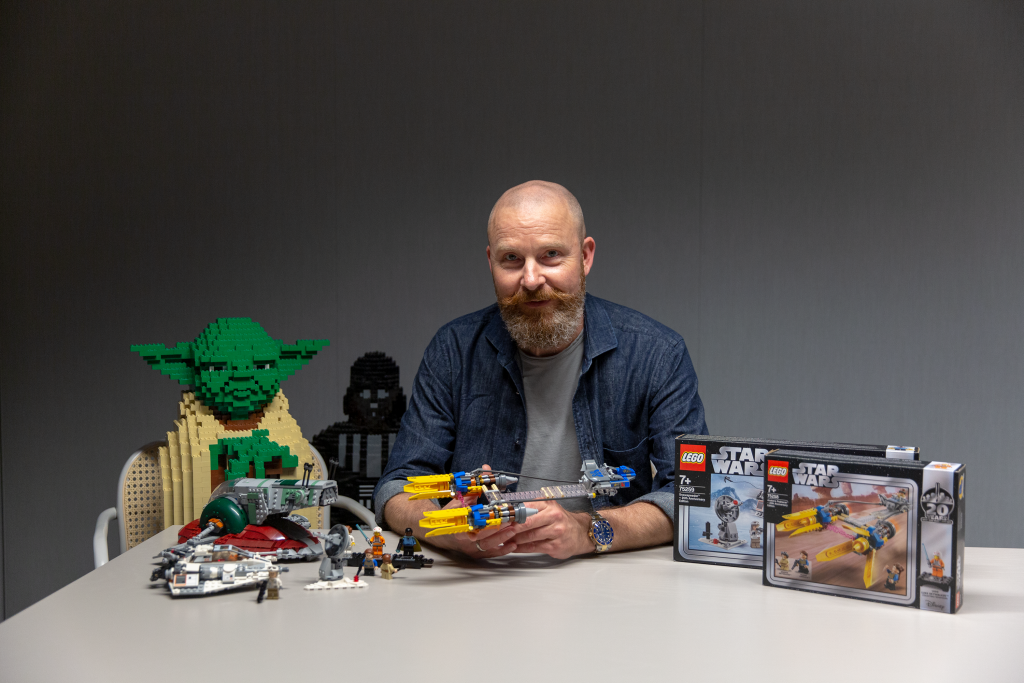 The Brothers Brick: Just about every LEGO builder’s dream is to become a set designer. How did your career as a designer begin?

Jens Kronveld Frederiksen: A little bit of a weird story and coincidence. LEGO has been a great part of my life for as long as I remember. I really, really loved LEGO but I was never thinking of it as a profession or a career to be honest. In 1998 I was participating in a model building exhibition. I have a hobby building plastic model kits, which mainly is of World War II stuff. At that event in Copenhagen, there were some LEGO people there, and they were looking to hire designers not for model builders but for making new prototypes for new elements, and well I was of course interested in that. And then before I started on that, I saw a job application for a permanent position as model builder and I got the job. That’s how I got into it.

END_OF_DOCUMENT_TOKEN_TO_BE_REPLACED

The latest addition to the range of modular sets, 10260 Downtown Diner, features some new and unique design elements not seen in earlier sets in the series. With the recently released designer video and the glimpse it gives to the designers behind the set, it’s pretty easy to see why. Mike Psiaki and Carl Merriam are two well known builders from the fan commmunity who now work as official LEGO designers, and it’s great to see their talents being put use on sets like the Downtown Diner.

While the video is full of fun moments and insights, one line from Mike probably resonates with all LEGO builders out there:

“Honestly it sounds it sounds silly to say, but I just get inspired by LEGO bricks. I start to look at things around me and I just think ‘oh man that you know the the 1×6 sloped brick inverted bow – it would be perfect to recreate the back of that bus.'”

10260 Downtown Diner will be available from LEGO Shop at Home starting on Jan. 1 for $169.99 USD. Add it to your wishlist now in their US store as well as their UK one.