I love a good old classic set, the 1986 Guarded Inn is no exception to this. Sets like these remind us of simpler times where LEGO only had 9 colors, and everyone supported the same smile. I love it when creators use a set like this as inspiration and manage to bring it to 2020 by using newer parts and techniques. Stuifzand didn’t use any of the tudor wall panel. And this set came with a lot of panels, 8 to be exact. The door was replaced by a brick-build but door but in the same style as the original set. The yellow shutters add a nice pop of colour as do the dark green half-round windows. 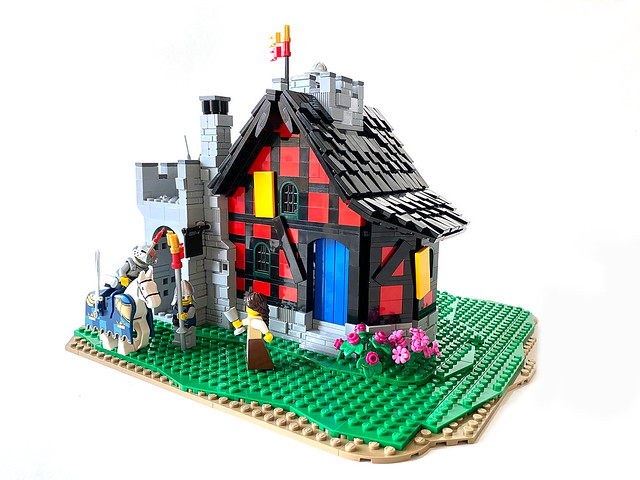 The original LEGO Guarded Inn was released back in 1986, gradually becoming one of the castle theme’s most cherished sets. It even received a 2001 re-release under the LEGO Legends moniker. Thanks to builder Corvus Auriac, the little inn has undergone major renovations. It’s a medieval masterpiece built to reflect current LEGO building techniques, the expanded range of parts, and diverse selection of colors. 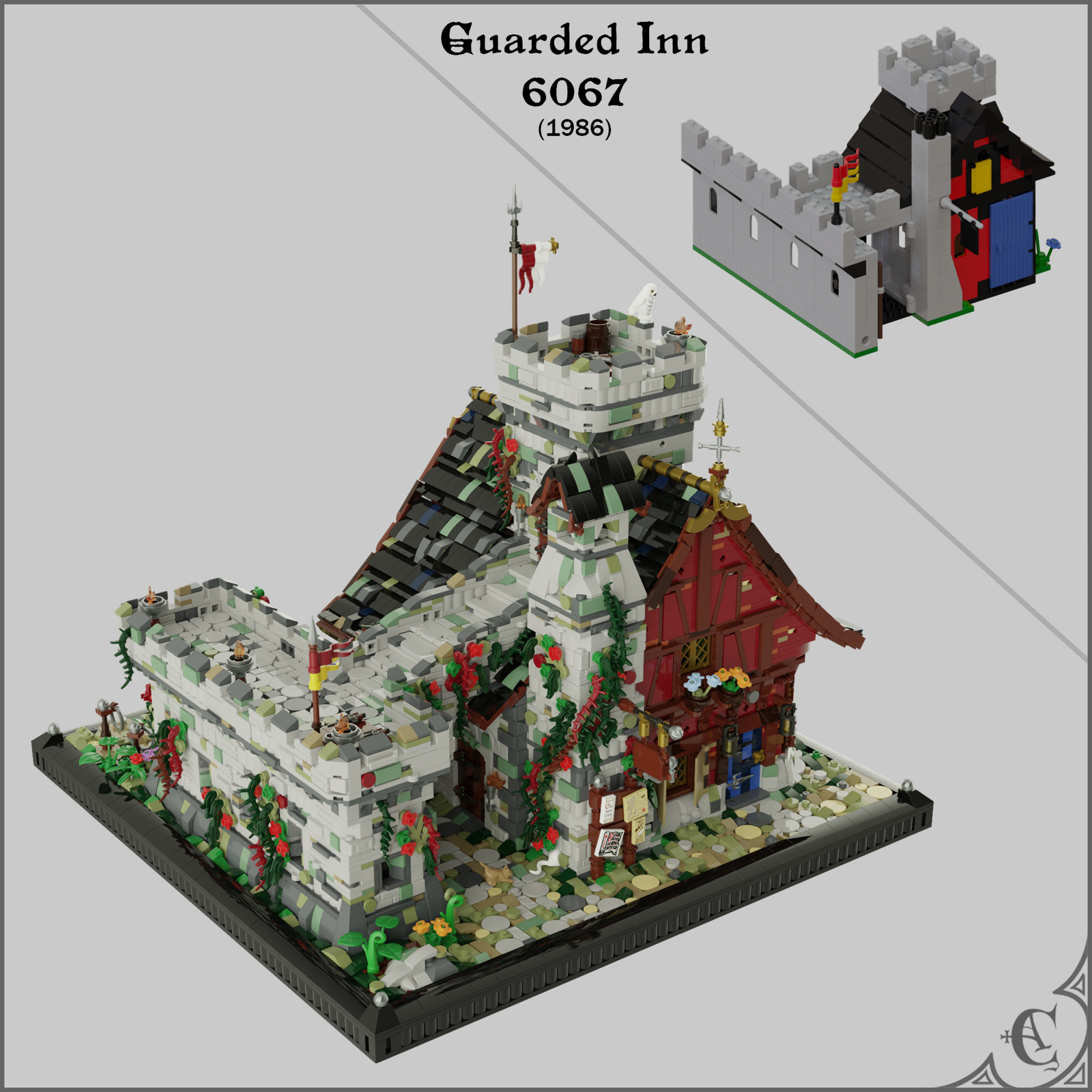 Every angle of Auriac’s build is packed with jaw-dropping detail. While classic red bricks are great, the dark red used for the walls in this build feel more authentic to medieval source material. Whereas the original featured printed timber details, the timber gracing the walls of Auriac’s model is brick built. The placement of each piece has been carefully calculated. Meanwhile, green hues simulating moss growth on the roof add an extra dash of character. 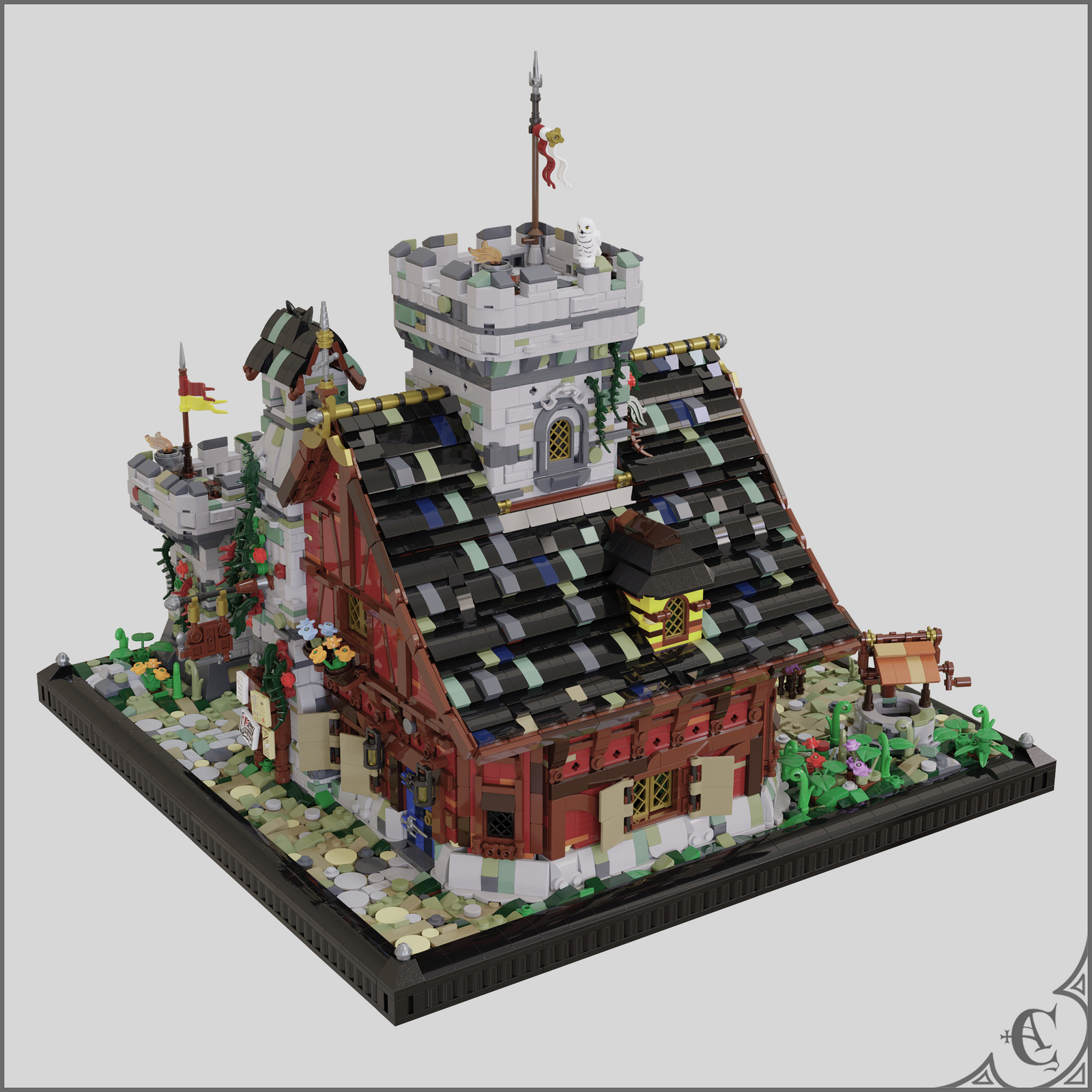 As you can see in this image, each side of the building looks distinct from the next. A personal favorite is the first image, which showcases both the walkway and vines reaching toward the tower. I love how it shows off the aging of the architecture, a stark contrast to the clean look of the original. 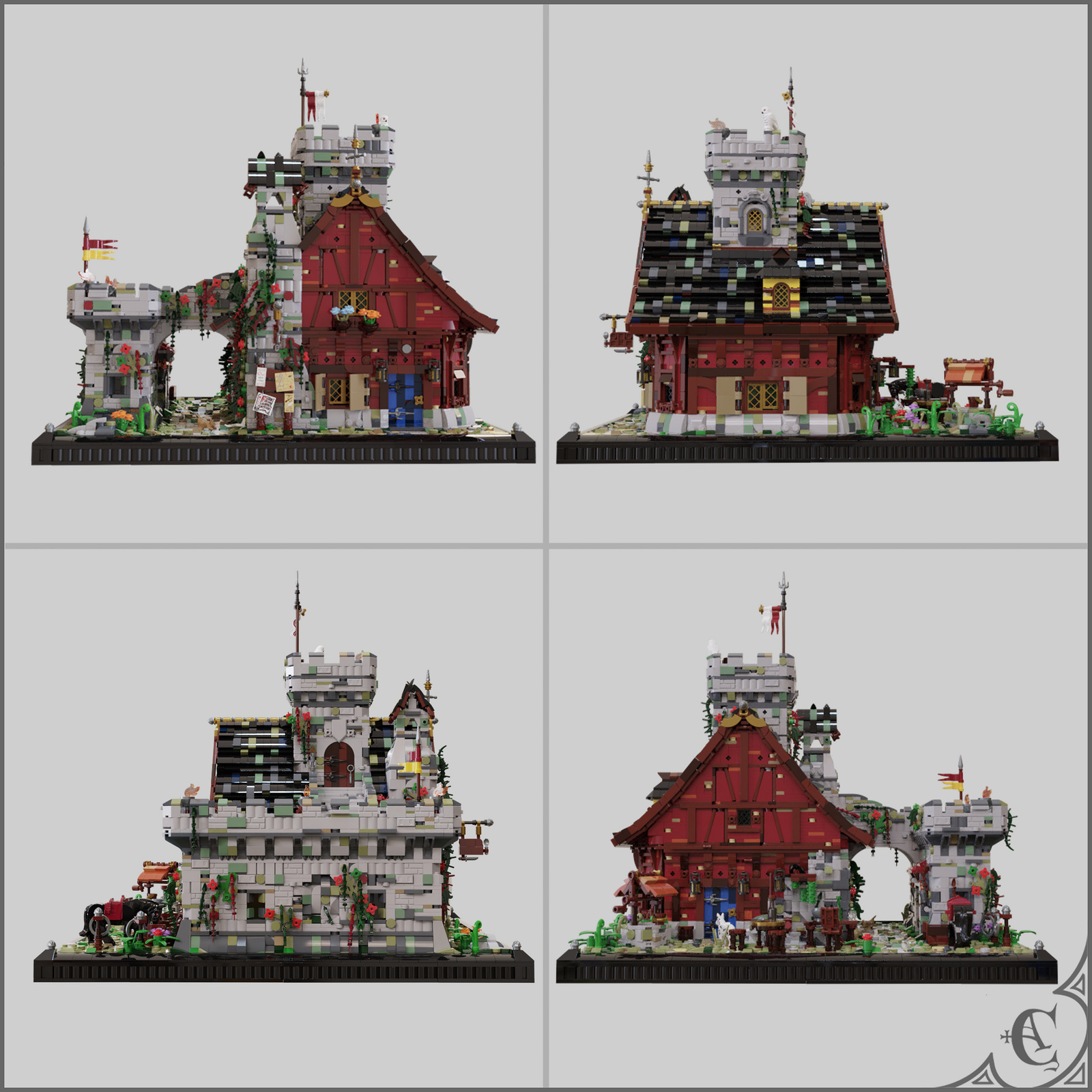 A close-up shot of the yard shows off exciting little details you might miss without taking a second a look. There’s a brilliant-looking well, outdoor furniture, and a mix of greenery and weathered terrain. Even the door looks wonderful; the sai weapons make for convincing hinges. 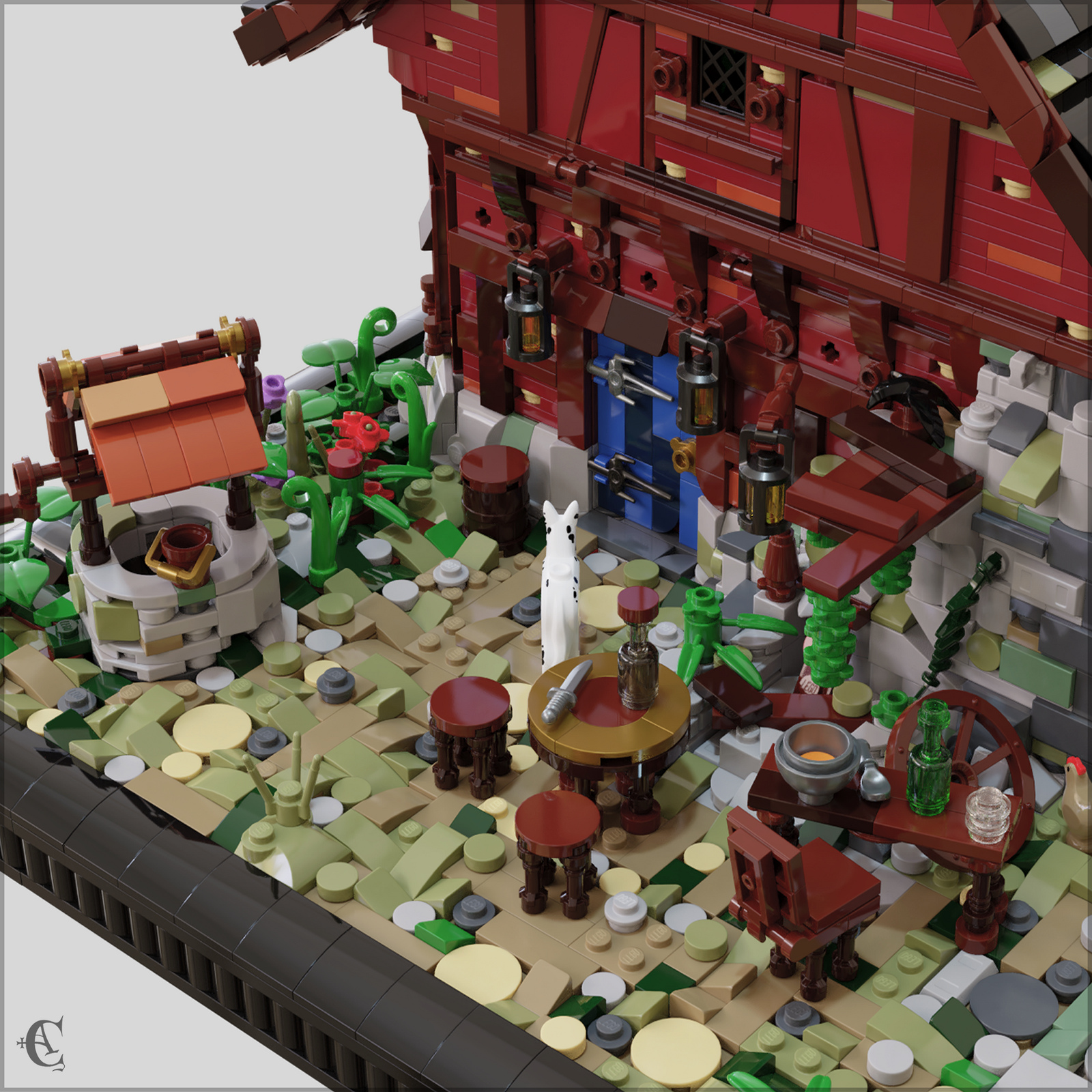 Auriac’s re-imagined version of the Guarded Inn looks warm and welcoming enough to sleep in. There might be a few ghosts in the tower contend with, but that comes with the territory. 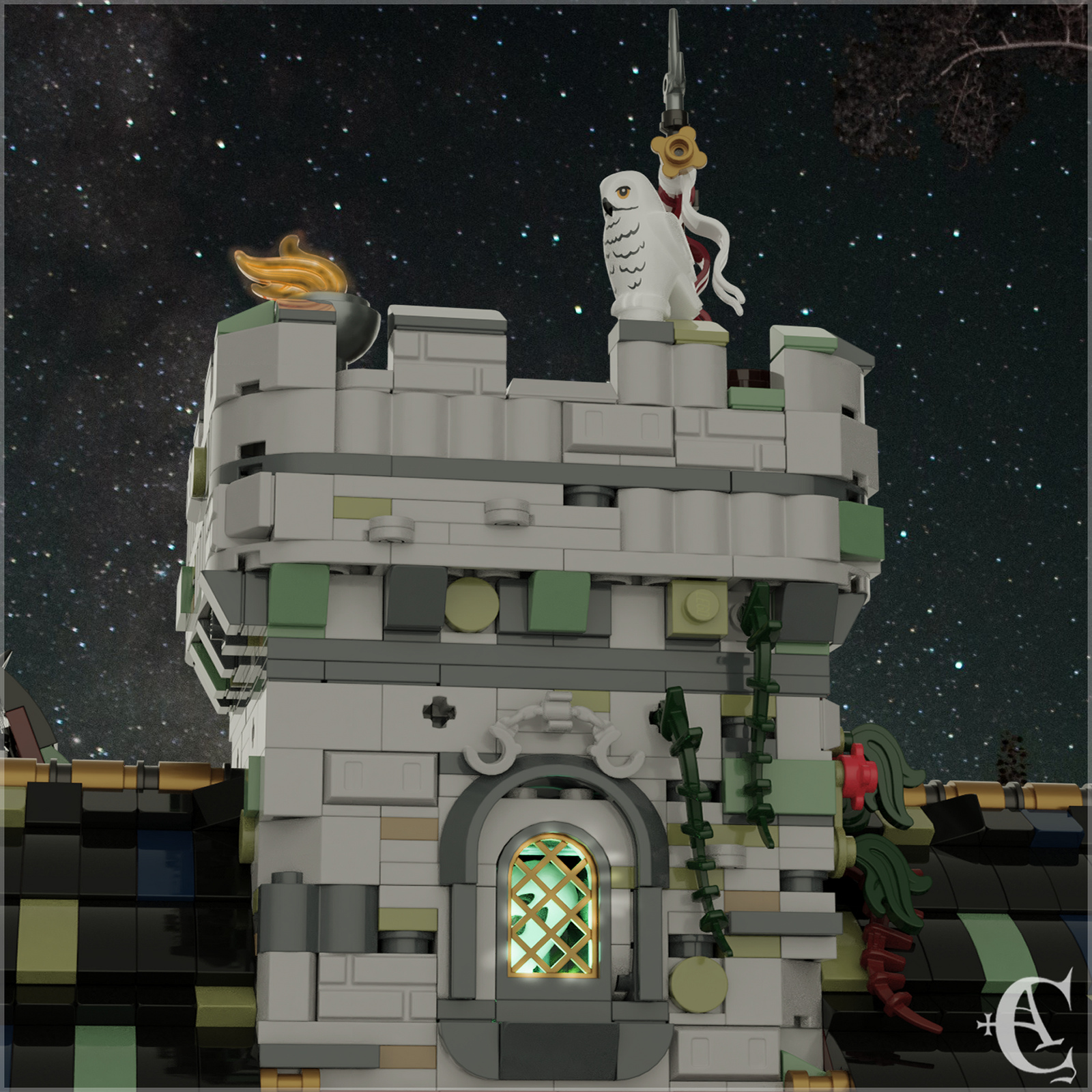