Even if you are not a motorsport geek you may have heard about the 1966 Daytona 24 Hour Continental race known for Ford’s 24-hour endurance win. By the way, the event was portrayed in the 2019 movie Ford v Ferrari starring Christian Bale and Matt Damon. To celebrate the 55th anniversary of the legendary achievement, last August, Ford revealed a brand new Ford GT Heritage Edition. And while car collectors are hunting down the new edition of the GT, another Ford’s icon, Bronco R, is competing in one of the most dangerous off-road races in the world, Baja 1000. Together these two very different vehicles ended up in one 660-piece LEGO Speed Champions set, 76905 Ford GT Heritage Edition and Bronco R which will be available starting June 1 for US $49.99 | CAN $69.99 | UK £44.99. 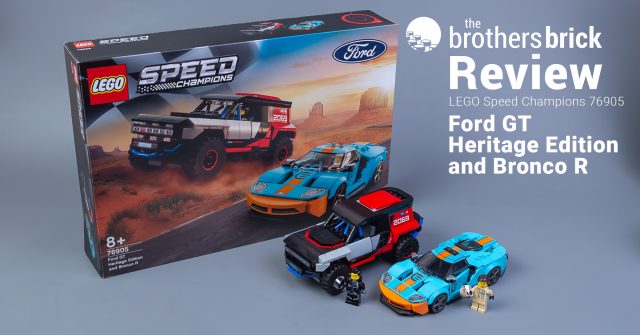