From the giant rancor to that thing in the Death Star’s trash compactor, there’s no shortage of interesting creatures in the Star Wars universe. One of the most memorable for me is the dewback, a reptile found on the desert world of Tatooine. Over the years, LEGO has released a few minifigure scaled versions of this creature. Some were very movie-accurate in appearance, but were constructed of giant molded parts without much hope for reuse. The recent Escape Pod vs. Dewback Microfighters set features a brick-built dewback, but the adjustments needed to meet the microfighter theme meant that the creature wasn’t particularly movie-accurate. Luca S Projects has given us the best of both worlds with a brick-built dewback that looks just like the real thing. 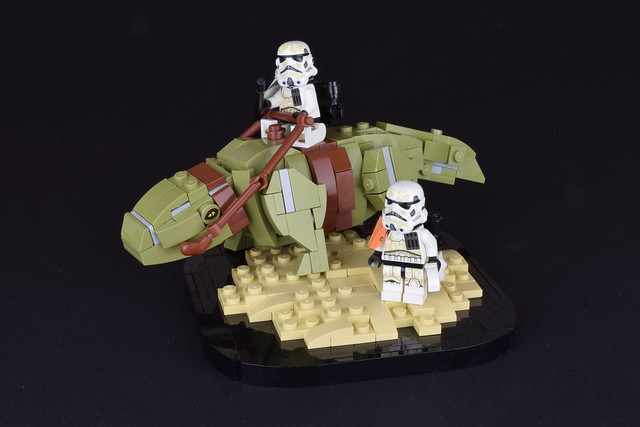 Despite the necessary evil of the occasional blue-grey connection brick, the sand-green creature’s curves are very accurately reproduced. The use of the Legends of Chima crocodile eye tile works well, as do the minifigure arms and hands used as part of the bridle. It’s also worth mentioning the diorama as a whole; the base is subtle but enough is present to set the scene, and the use of the dusty stormtoopers is certainly apt. Now, when can I expect to see a nice 1:1 model? Someone’s got to be working on that… 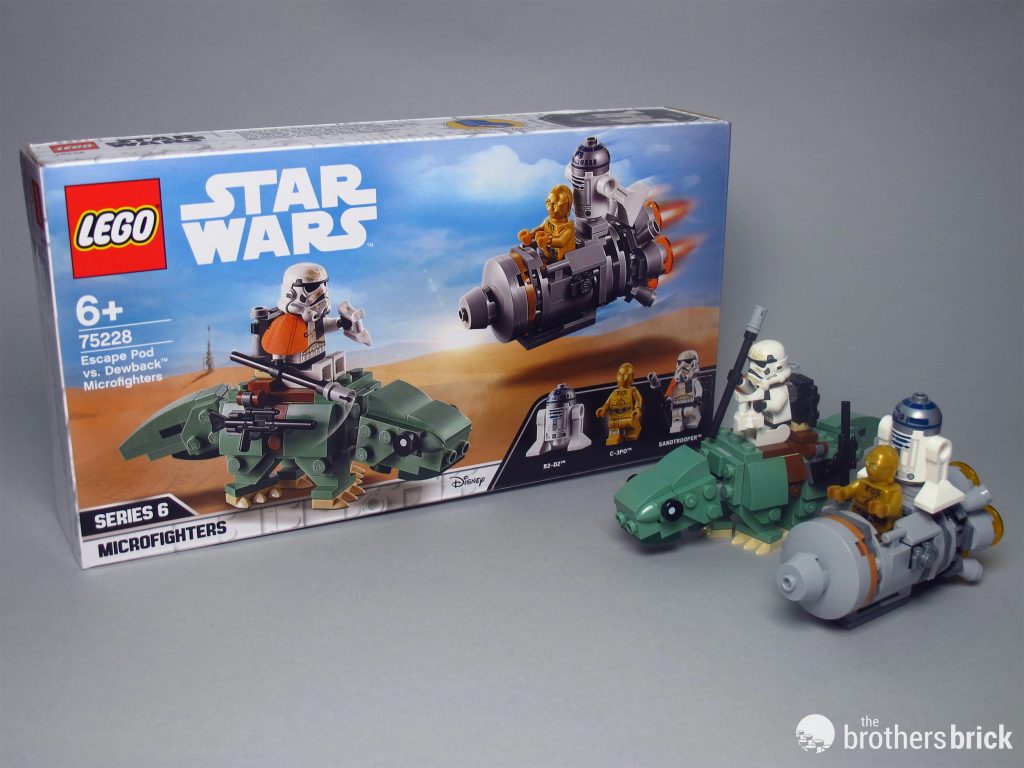