For years I didn’t really care much for minifigures. I tend to be fussy about the scale of my models and, since minifigures are far too wide for their height, it is awkward to use them with a proper scale model. Furthermore, a larger scale makes it easier to incorporate a lot of details and functionality, which are both things that I enjoy. So, most of my builds don’t feature figures. 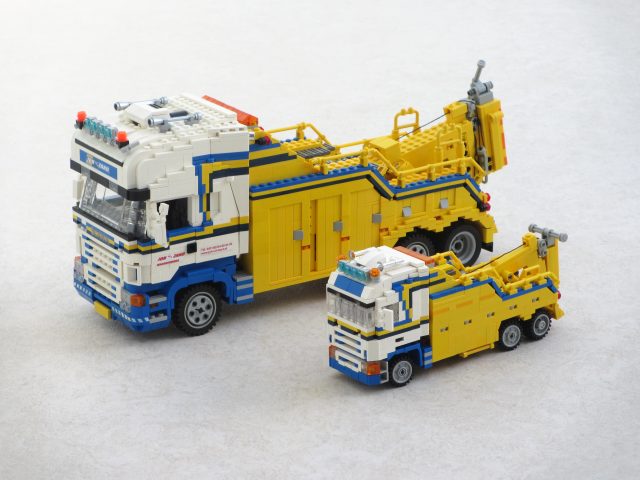 END_OF_DOCUMENT_TOKEN_TO_BE_REPLACED

We’ve occasionally reviewed non-LEGO products on The Brothers Brick, by BrickArms, BrickForge or Citizen Brick for instance; companies that provide accessories for LEGO builds. A new kid on the block is Circuit Cubes. Instead of (accessories for) minifigures they make LEGO-compatible building sets and components, such as electric motors, aimed at teaching STEM subjects to children. They got in touch with me after reading my article on building a remote-controlled vehicle with LEGO Power Functions. They sent me several of their products in return for providing them with feedback. The sets themselves don’t interest me all that much. However, I would like to know how the Circuit Cubes components can be used to enhance my LEGO models. And this may interest those of you who want to motorize your own models too. So, this is not a traditional set review. Instead, I’m going to tell you about Circuit Cubes and how I used them in my own custom LEGO model: an XV-15 tiltrotor aircraft. 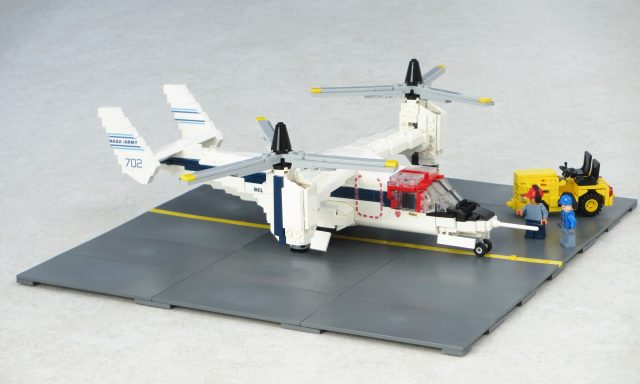 A tiltrotor is an unusual flying machine, but the basic idea is simple: with its rotors facing up it can take off and land like a helicopter; with them rotated facing forward they serve as propellers, with the aircraft’s wings providing lift. So, unlike a normal fixed-wing aircraft, a tiltrotor can land in tight spots or on small ships, but in forward flight, it is faster and more efficient than a helicopter. In practice getting this concept to work was difficult, but the Bell XV-15 TiltRotor Research Aircraft first flew in the late seventies and demonstrated that a practical and controllable tiltrotor was viable.

The challenge when building my RC vehicle was hiding the LEGO motors, battery box, Power Functions IR receiver, and what seemed like 2 meters of wiring. I could only fit them inside by building a van with quite a lot of space inside. Because of this experience, two of the Circuit Cubes immediately caught my attention: the Bluetooth Cube and the Cubit. The former is a rechargeable battery pack and Bluetooth controller in one. It has three outputs, remotely controlled via an app (available for Apple and Android). It is rechargeable using a USB cable. The Cubit is an electric motor. What makes these parts interesting is their small size. The Bluetooth Cube has a 4 x 4 stud top and is only two bricks tall. The Cubit has a 2 x 4 stud top and is also two bricks tall. This is much smaller than anything similar made by LEGO, with the exception of old 9V Micromotors.
END_OF_DOCUMENT_TOKEN_TO_BE_REPLACED