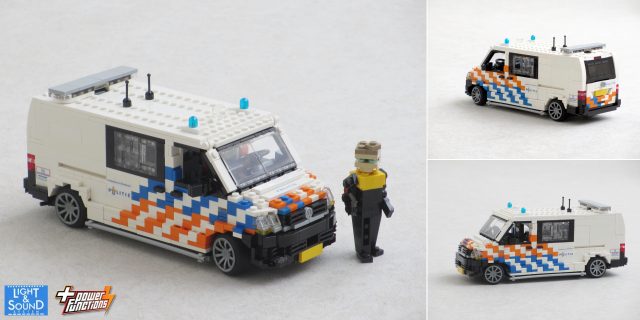 LEGO released a its own RC car in 2001, but it was big and used a one-piece chassis that you could build your own body on top of. It was hideous. A few years later a few Technic sets had a motor that could be radio-controlled, but it was massive. It would never fit the smaller-scaled vehicles I like to build. Then, in 2008, LEGO introduced Power Functions (PF). This system included an IR receiver for controlling multiple smaller motors. This was a huge improvement. My intention was always to make my RC vehicles look exactly like my other models, so with opening doors and an interior. The motors and the PF battery box were quite large, though. This meant that, to accomplish my goal of hiding everything inside, my RC vehicle would have to be large too. I subsequently built several remote control trucks using Power Functions, including a Scania wrecker. While I still have the Scania and still love it, I still wanted something smaller. 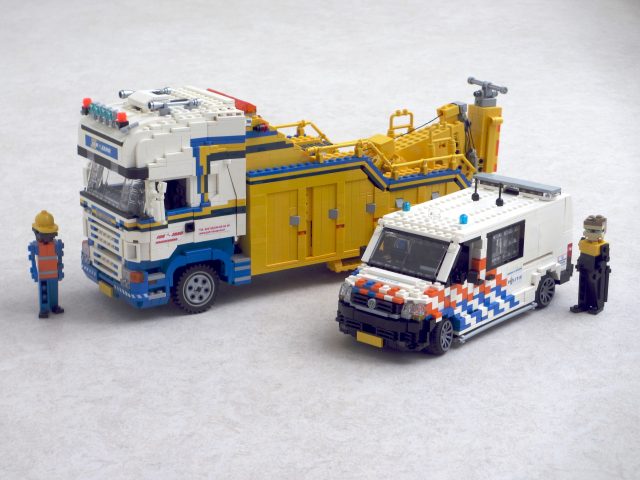 LEGO had its own Power Functions RC cars . These used a one-piece chassis that did match my vehicles, as long as I’d pick one with a short wheelbase. This seemed to be exactly what I needed. I built a Toyota FJ40 on top of it in 2012. I achieved one of my goals, as you’d have to look at it quite closely to see that it had the PF chassis underneath. My excitement was short-lived, though, because it was about as controllable as an excited puppy on a tiled floor. It was terrible.

I shelved my idea for a few years, until this summer, when I saw a minifig scale truck built by Nikolaus Löwe. Part of the reason why he was able to build it so small is that he used a non-LEGO battery pack. Furthermore -and that was the bit that mattered to me- he didn’t use the Power Functions motors. Instead he used an older generation of LEGO motors: a 9V Technic motor for the drive and a 9V Micromotor for steering. The Technic motor is quite small and the micromotor, as its name implies, is tiny. Luckily LEGO made its Power Functions extension cable compatible with this older system. They can connect the older motors to the PF IR receiver. From 2011, the PF range also included a smaller battery box. And, for added fun, the Light & Sound System, from 1986, is also compatible. This rekindled my interest in an RC vehicle. Furthermore, being able to add working lights and a siren made me decide it would be an emergency vehicle. 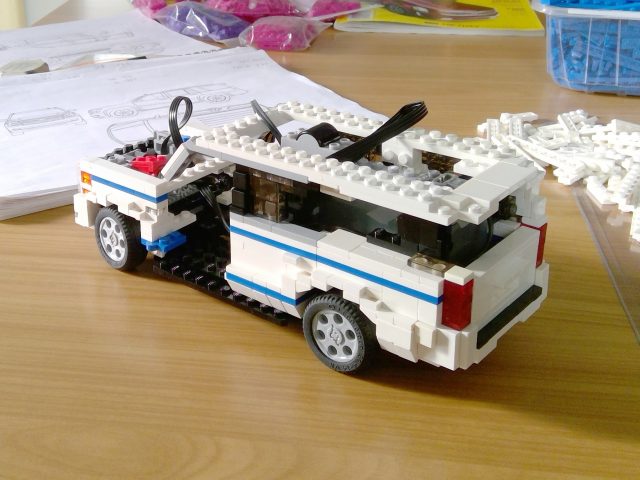 The motors and the battery box are smaller, but all the equipment would still take up a lot of space, though. I’d have to contend with the two motors, the battery box, the IR receiver, a Light & Sound sound brick for the siren and all the cables to connect them (three PF extension cables, the IR receiver cable and a cable to hook up the roof lights). So, it would still require a fairly large vehicle. My first choice was a New York Police Department Chevrolet Tahoe SUV. I rarely give up on a project once I’ve started building and I got quite far with this one, but ultimately it was another failure. SUVs have fairly large wheels and the space inside the mudguards limited the steering angle. Consequently, driving a circle through my LEGO room required multiple-point turns. It was about as maneuverable as a supertanker; even worse than LEGO’s own PF chassis.

Instead of the Tahoe I built an NYPD Ford Exlorer, without RC or lights. But I was still unwilling to give up on the idea of an RC vehicle. I hoped I could solve my problem by choosing one with smaller tires. Having built several vans earlier in the year, another van seemed to be just the ticket. Ultimately, I picked a medium-wheelbase Volkswagen Transporter van, as used by the Dutch National Police. This has a row of seats behind the driver, with sliding doors on both sides. The rear of the van is an enclosed cargo compartment, without side windows. I figured I’d be able to cram most of the electrical equipment in there. The micromotor, that drives the rack and pinion steering, is small enough to fit under the dashboard. This would leave enough space in the rest of the vehicle for an interior. 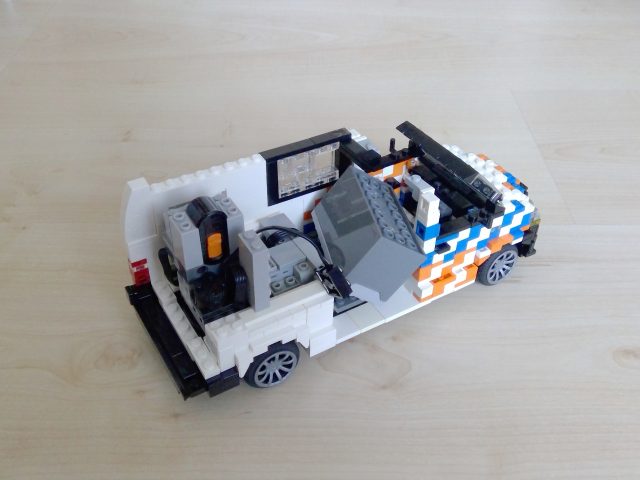 It took a lot of fiddling, but it all fits and works. The electrical equipment is hidden from view. The on/off switch can be reached through one of the side doors, the sound brick can be switched on and off through the van’s tailgate and the IR receiver is hidden inside the rear lightbar. 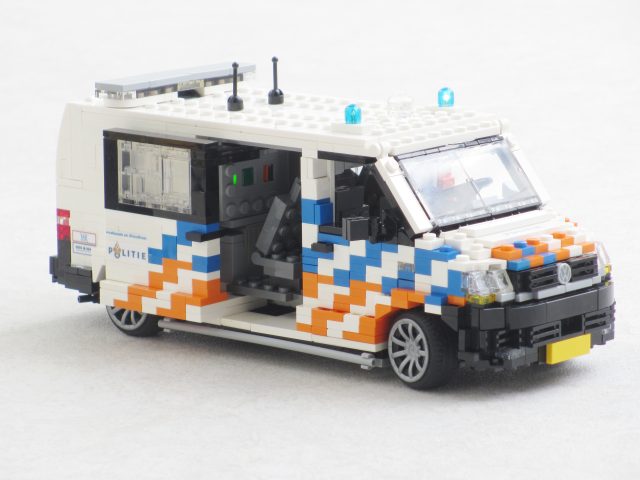 Its turning circle still is quite large and it doesn’t have self-centring steering, but it is controllable and a lot of fun to drive. It took me 30-odd years, it’s not the first small RC vehicle nor the one that drives the best, but finally I was successful.