Minecraft keeps getting bigger — and I’m not just talking about the game’s record-breaking sales. The original LEGO Minecraft set I helped design back in 2011 as part of LEGO’s early Ideas platform was microscale, mostly due to the steep constraints of hitting a roughly $30 MSRP target. Later, that first wildly successful set was followed by more microscale sets, and finally in 2014 the theme got upgraded to our original vision by introducing minifigure-scale sets. Recently, LEGO bumped up the scale a bit with 41612 Steve and Creeper BrickHeadz. Now LEGO Minecraft is upping its game once more with a new line called Big Figs, and we’ve got the first series comprising three sets to review: 21148 Steve with Parrot, 21149 Alex with Chicken, and 21150 Skeleton with Magma Cube. Each of the sets contains a large figure paired with a small animal from the game, and will be available January 1 for $14.99 USD. 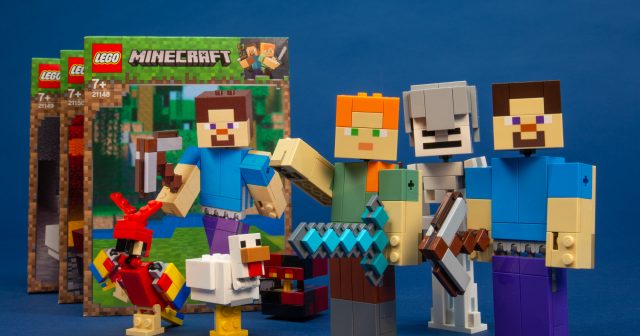