The scene from Rogue One: A Star Wars Story in which an Imperial Star Destroyer menacingly hovers over Jedha City certainly makes for a striking LEGO diorama, and it seems to entice some of the best Star Wars builders. Although we’ve seen Jedha City with a Star Destroyer expertly recreated once before by Hannes Tscharner, this time 0necase has made a much larger version of the scene, and the result is breathtaking. 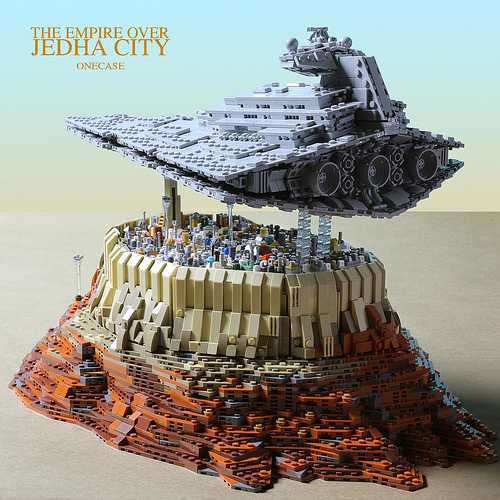 The Star Destroyer is superb, and the shaping on the front and back of the bridge is particularly well done. However, the real star of the show is the mountainous base and city itself. I love the amount of colors and different greebles the builder has incorporated into the city, which serve to make it pop against the beautiful layering accomplished with various brown and earth orange wedge plates. Even the Imperial cargo shuttles transporting kyber crystals to the Star Destroyer are present, represented by minifigure roller skates — a particularly inventive parts usage. 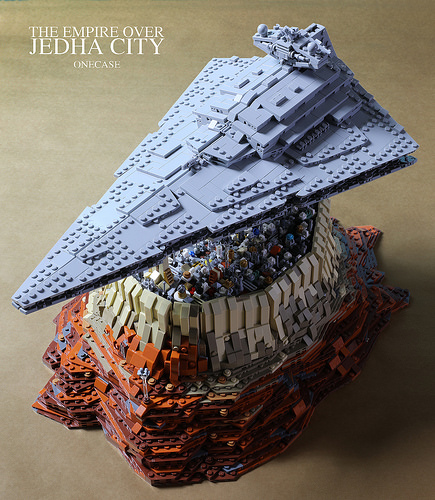