Swiss builder Hannes Tscharner has created a LEGO version of a scene from Star Wars: Rogue One depicting an Imperial Star Destroyer hovering menacingly over Jedha City like the proverbial Sword of Damoclese, and the result is truly breathtaking. The rockwork is simple yet quite effective, while the construction of the actual star destroyer is full of details including a docking bay, laser cannons represented by binocular parts, and tons of aesthetically pleasing greebles. Jedha City is instantly recognizable in the distance, with its single towering structure. 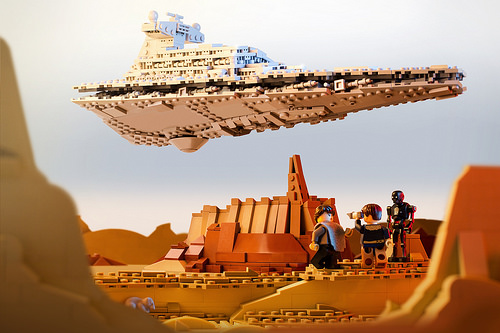 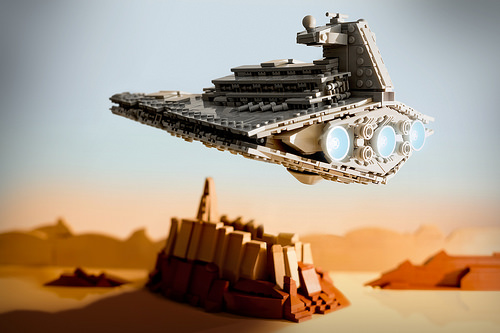 Don’t forget to check out the behind the scenes shot, which reveals the ingenuitive use of a computer monitor as a light source for the scene.