This hair-raising crash may have ruined Arodi Anderson’s ship but he’s survived to take revenge on those that wronged him. This scene by builder Mix the Brix makes use of some clever techniques to build a realistic desert scene on an alien world. Emerging from the wrecked starcraft, the pilot knows there’s no point looking back as the smoke rises into the barren skies above the dune sea. He’s more concerned about who shot him down. Various color gradients are used amongst the landscape to mimic the sands and exposed rocks of a dune sea. It’s a clever way to illustrate how the crash impact affected the landscape. As the desert spreads out around him, cleverly built smoke rises above. An assortment of hair and hat pieces transitions from black to grey to white, providing texture and bulbousness. A support structure underneath provides proper connection points while matching the colors so that it blends together. Now that’s some nice parts usage! 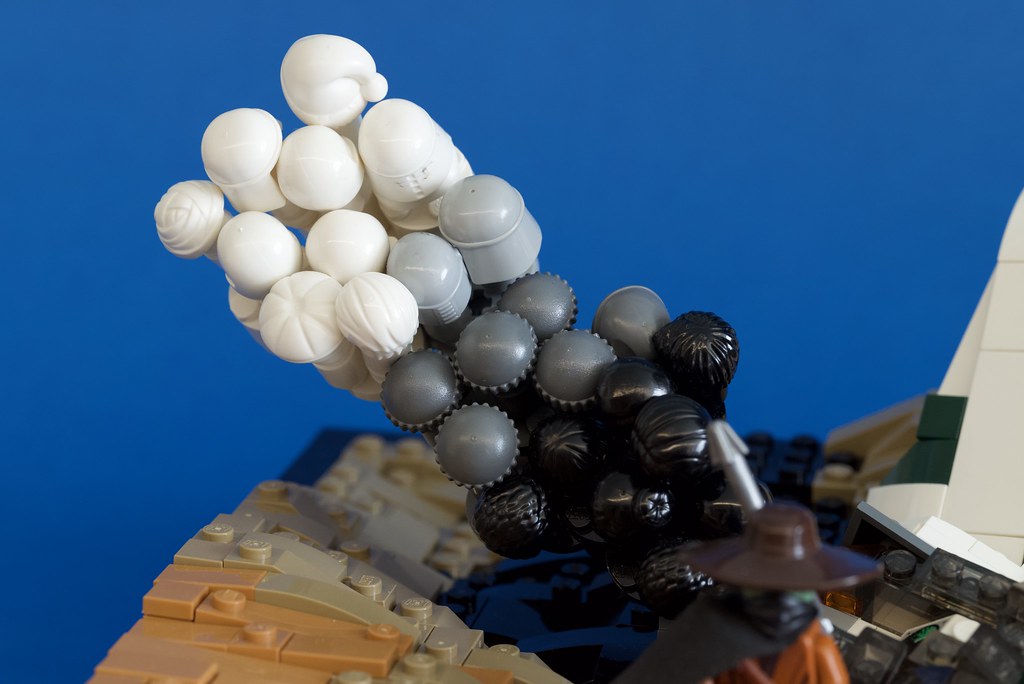