Once again displaying his mastery of the microscale LEGO arts, Rocco Buttliere heads to the City of Brotherly Love. The perfectly captured Philadelphia City Hall, still the world’s tallest occupied structure without steel supports at 548 feet tall, is a desktop-sized 10 inches tall here at 1:650 scale. 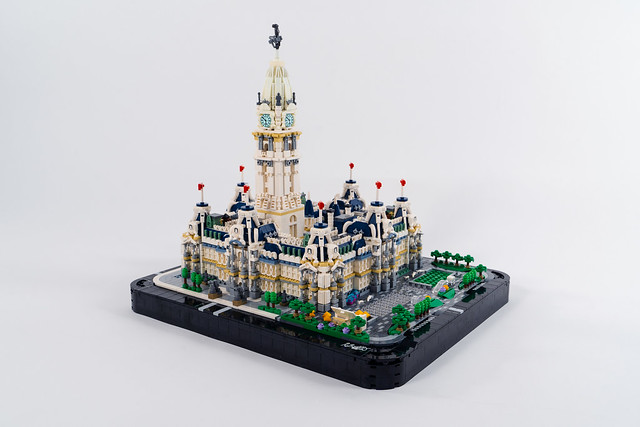 Some of my favorite aspects of Rocco’s microscale builds are how he makes use of minifigure accessories in ways you’d just never expect. For instance check out the corner towers which incorporate Star Wars jetpacks right along with boomerangs. 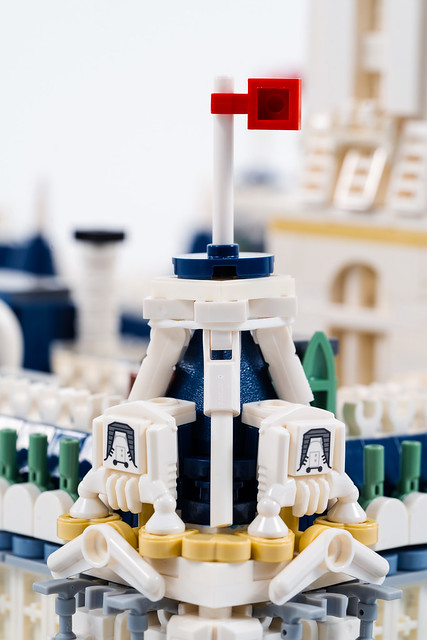 Rocco’s rendition even features a teeny tiny William Penn statue atop the monumental tower crafted out of a mechanical arm, a roller skate, and a frog! 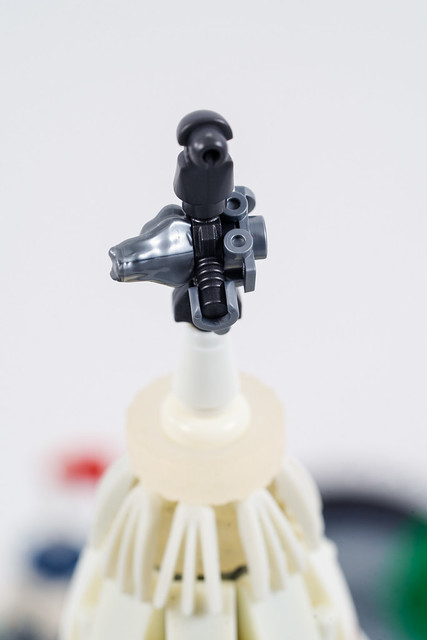 I was first exposed to this building for a work project in 2017, and was repeatedly baffled at the height of the central tower, which feels completely out of proportion to the rest of the building (and buildings!) around it. Earlier this year I was fortunate to finally see the real deal in person on a family adventure and I can now confidently say Rocco has all the proportions nailed in his version.

Can’t get enough of Rocco’s masterpieces? Be sure to check out some of our past features of his work including 1st Century Jerusalem, Vatican City, and a particular favorite of mine the Burj Khalifa.