Master LEGO architect Rocco Buttliere is no stranger to recreating massive landmarks in LEGO form. In the past he’s built Mount Rushmore, Vatican City, and even ancient Rome. But now he’s managed to top himself with what may be his largest project to date, a 1:650 scale city of Jerusalem as it appeared in the first century. Consisting of 114,000 pieces, this massive LEGO build is the result of over 500 hours of design time and 400 hours of build time. 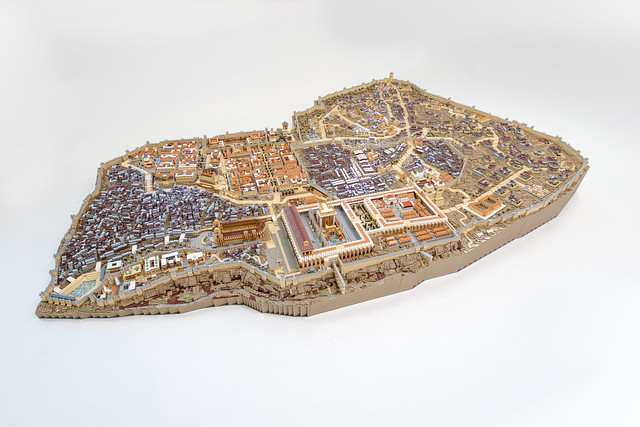 This is a work you could truly get lost in, so let’s dive right into the details, starting with the Second Temple on Temple Mount in the center of the city. 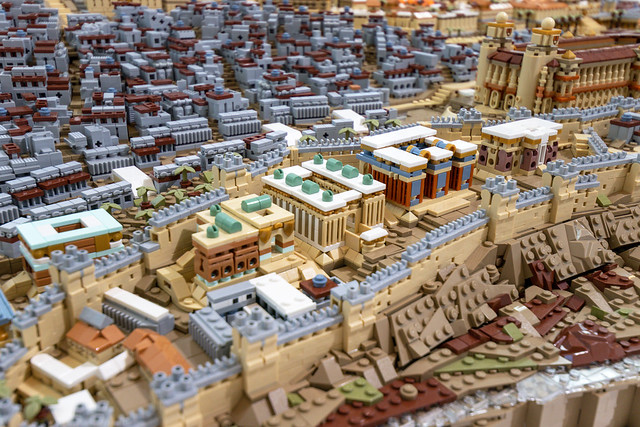 Throughout the build, Rocco does an excellent job of using minifigure legs as parts of walls and buildings, a technique that’s best seen in this close up of one corner of the City of David. The Gihon Spring was the water source that helped make it possible to build a city in such an arid climate. Panels stacked on their sides do a fantastic job of recreating a scale-appropriate stairstep pattern on the edges of the spring. 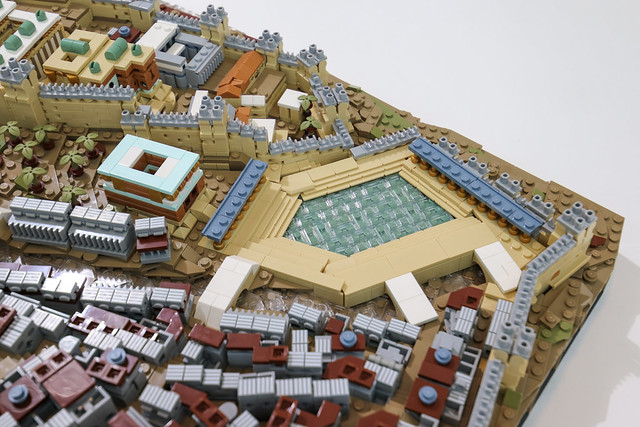 Here at the Huldah Gates, the creative use of multiple tiles printed with a map pattern do a surprisingly effective job of recreating paving stones. 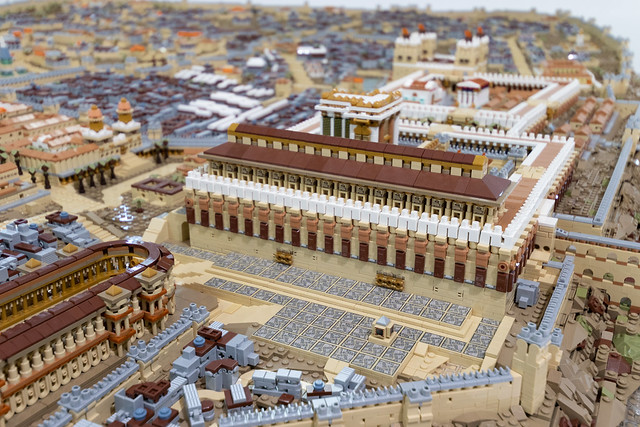 And at the Towers of the Citadel, you can see an example of small plant pieces representing giant trees. These towers are also a great example of some of Rocco’s fantastic use of color throughout the build. 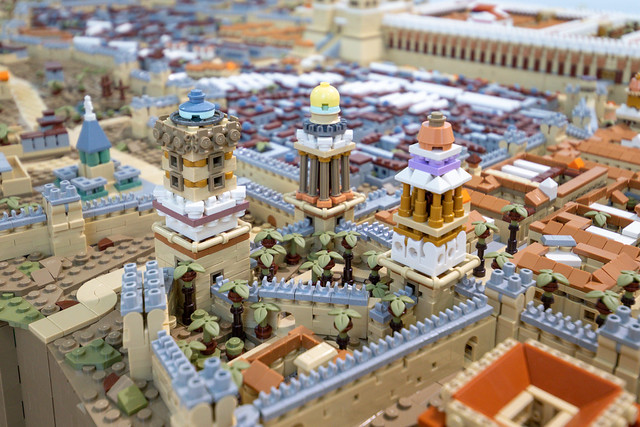 This quick video will take you through the city and give you a crash course on some of the city’s history. But, if you have the time, it’s worth going through Rocco’s full album, where all the images are annotated with information about the city’s history that he used in building his recreation.