Who could forget season one of The Walking Dead? Come to think of it, I forgot most of it. 2010 was a long time ago! Was that before or after Carl got to wear his dad’s hat? Anyway, one detail that still knocks around the ol’ reptile brain is Dale’s Winnebago and Jonas Kramm has done a great job recreating it in LEGO. Here we see Dale keeping an eye out for Walkers in (relative) safety from the roof. I’m loving the cooler, radio, beach chair, umbrella, and aerial antenna. It has all the makings to keep the whole gang safe through one season of the apocalypse only to have something horrific happen to it and all occupants not named Rick a short time later. Good times! While we’re wracking our delicious braaaaaains trying to remember what happened to Dale, take a slow shambling walk down memory lane and check out some other Walking Dead LEGO scenes that also didn’t go well for anyone. 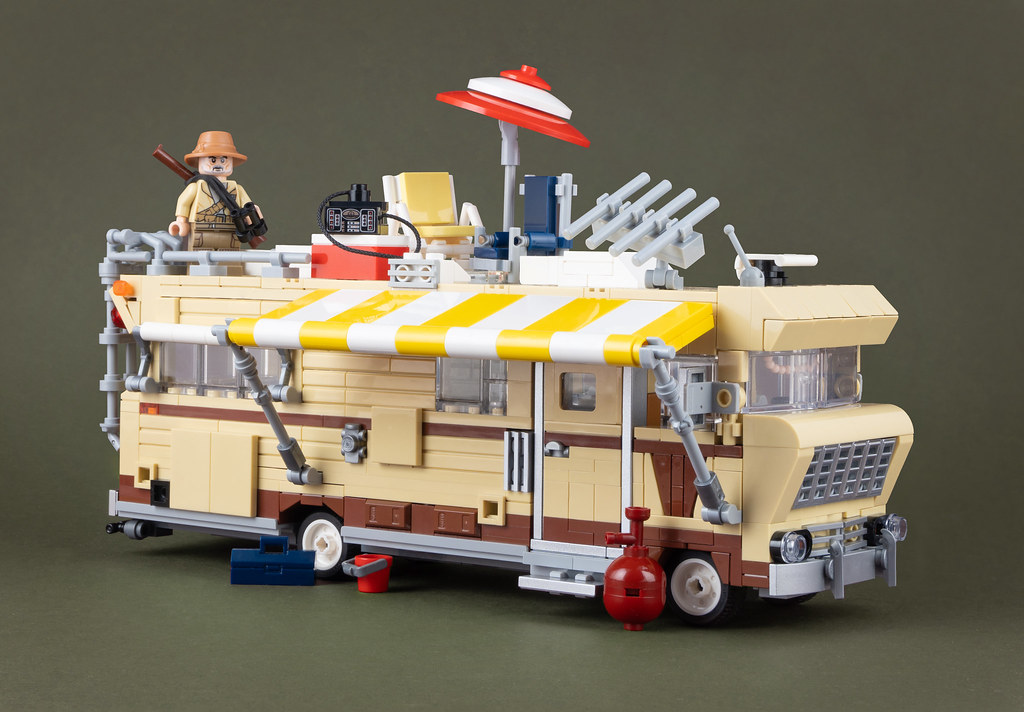