With each new Star Wars show to land on Disney+, LEGO creators are quick to jump on board with building custom models to celebrate… With the release of the first official trailer for the upcoming series Obi-wan Kenobi Remco Rohaan has wasted no time in cranking out this model of the new Sith inquisitor shuttle first seen in concept art released earlier this year. While the overall look seems to be inspired by Orson Krennec’s imposing shuttle from Rogue One: A Star Wars Story, the wings are shorter and there is no large dorsal fin. 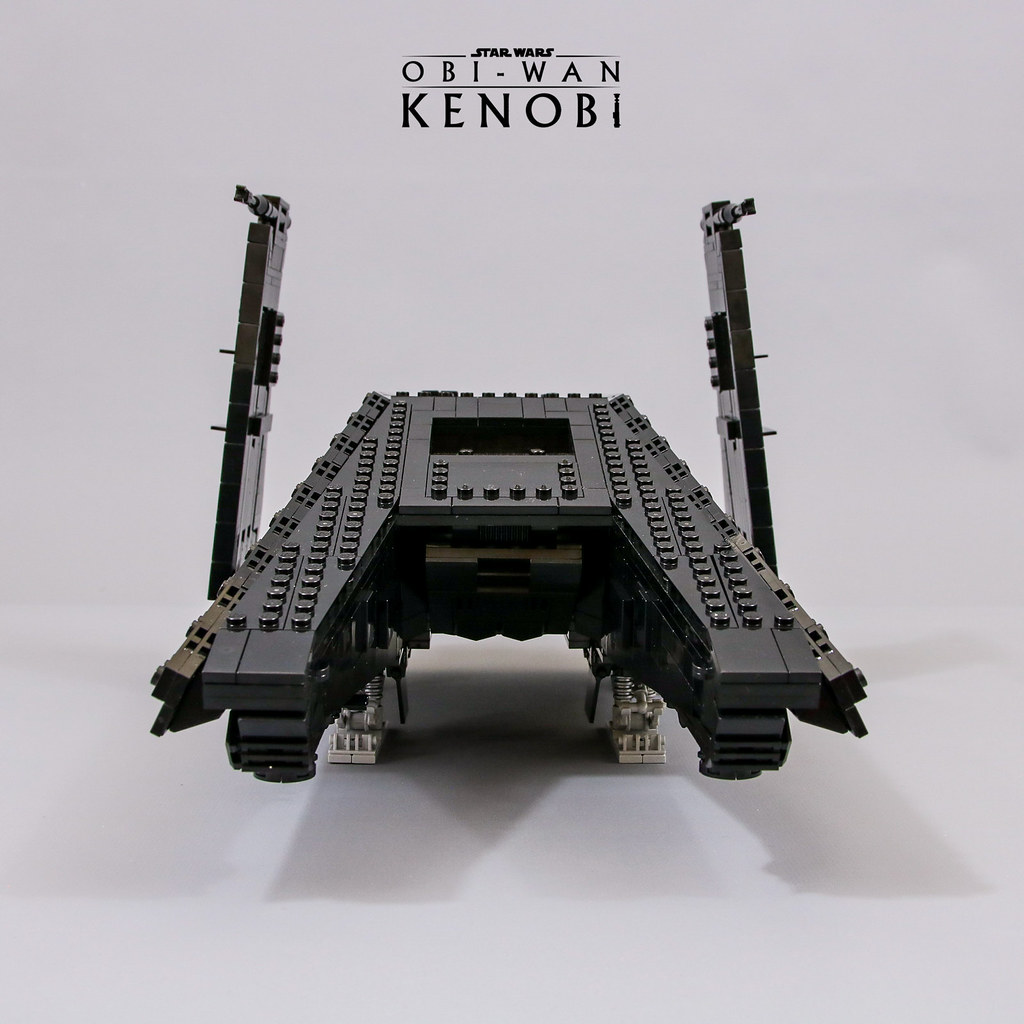 Underneath the shuttle, you can see landing gear which includes one of my favorite parts for greebly details, the top half of a hinge brick, along with square flags used for the landing gear doors.