Deep in the forest, far from the beaten tracks, a colony of fungi fruits from the remains of an old tree. Builder Paulo Loro brought new life to some old table scrap mushrooms by integrating them into this natural display. Fungi can be difficult to identify so its hard to say if these are based on enoki, shiitake, or something else—I’m no mycologist. All I can say is there’s a certain magic to the twists and turns the mushrooms make. Tail pieces are used to represent the stalks of the fruiting bodies while dish pieces represent the different stages of caps. The most mature of the species use the rock elements with eggshells underneath as gills. 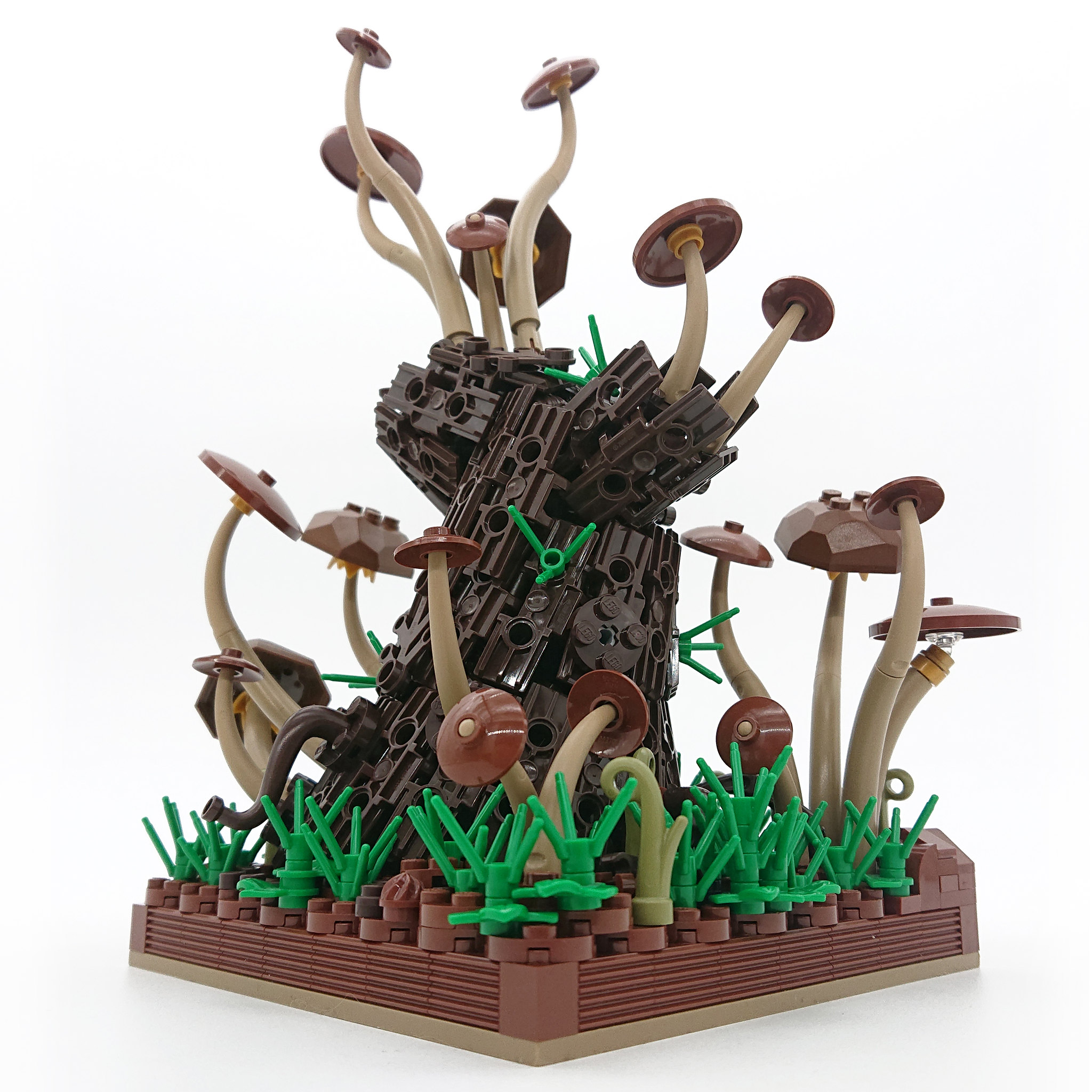 Giving the mushrooms some substrate to live on really pulls the build together. Dark brown Technic treads along with matching leaf elements give the trunk a bark-like texture while covering up the interior structure holding them all at such odd angles. The free-formed feel of the trunk coupled with the randomly curving fungi gives these plastic pieces an organic feel, especially with the splash of green from grass. 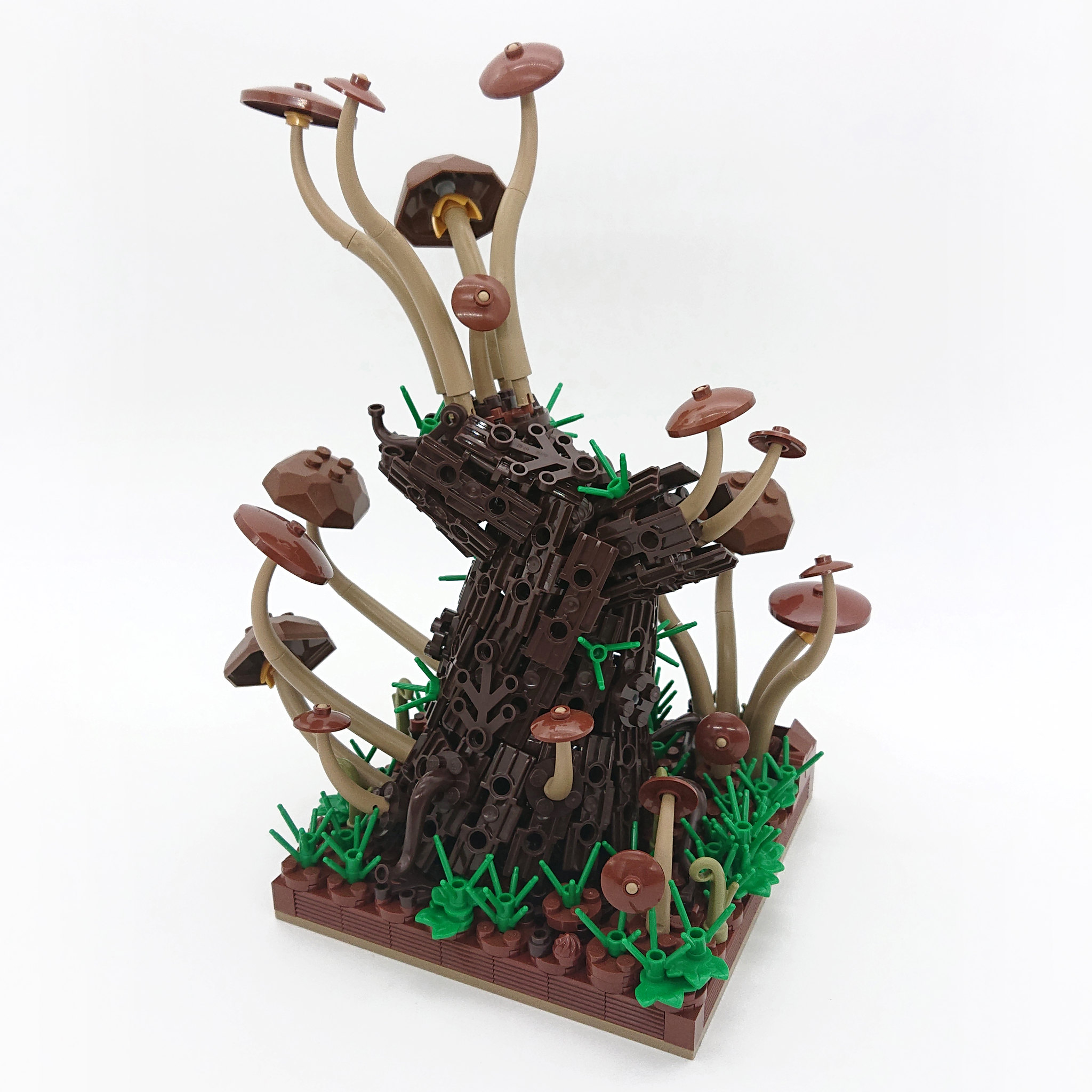 Biological, natural models are standard fare for Paolo Loro, whom we’ve featured before. The realism in this build makes me yearn for the coming spring and early morning hikes. Paolo’s deft hand and eye for details often remind us of such lush scenes, characters, and structures.