Happy holidays to all of our fellow LEGO builders! As is tradition, we at The Brothers Brick will be opening our advent calendars as we count down to Christmas. We’ll also be sharing commentary on each one, which we hope will provide insight and hilarity to your holiday season! 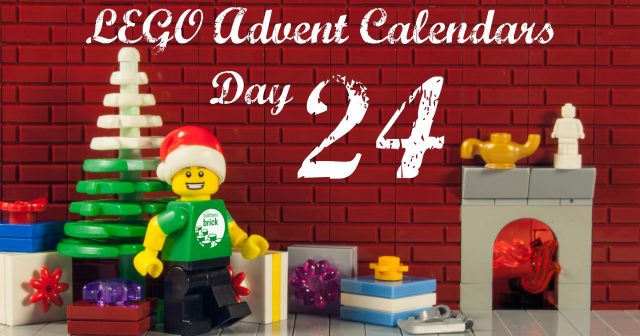 The most popular character in Star Wars this past year was undoubtedly The Mandalorian, seen here with a red Christmas scarf. From Harry Potter, we opened the final piece of the board game that we’d been constructing all month long: the spinner’s top! And Marvel gave us Thanos’ infinity gauntlet, glistening with all six infinity stones. 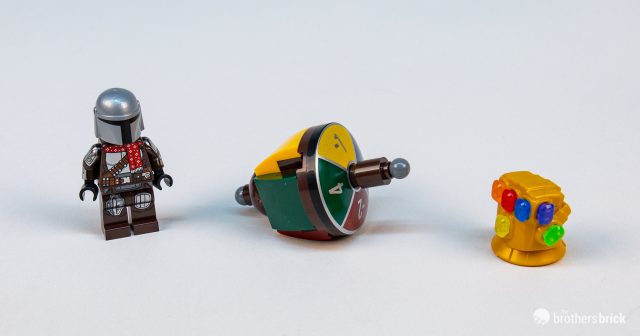 From City, we opened a Santa Claus minifigure. Friends gave us a decked-out sled with gifts as a final build. 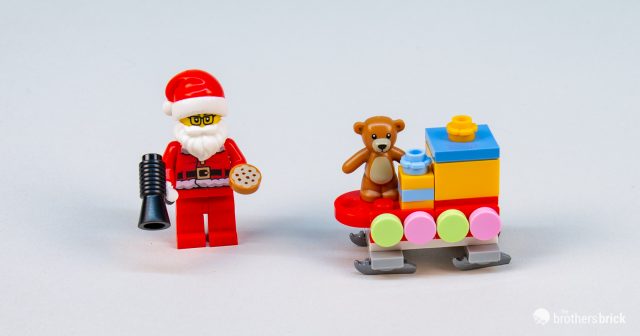 Adam: It’s so good to see such a fun final day of building. The Mando scarf is fantastic. I love the Harry Potter top (no doubt the numbered dish is a unique LEGO piece to this advent calendar set). The gauntlet is great, especially since I never ended picking it up with the big Thanos set. I’ve noticed that a Santa minifigure is typically the final build for the City calendar, kind of like how Santa always ends the Thanksgiving Day Parade in New York City. And the Friends build is cute, but only just that.  It definitely does not stand out amongst the other builds for today.

Bart: I may have to get the Marvel calendar for all those infinity stones. Great figs in the HP calendar.

CJ: Considering how LEGO used the different infinity stones as a lure to get people to buy all the theme sets a few years back, it’s a very nice holiday treat to get a full set of them here. I love how they slot into the tree, too – makes that slightly odd design really stand out in the end.  This year’s Santa looks good, too!

Wow! We did it! After 24 days of Advent, we opened 120 doors and built 120 LEGO sets. We’ve been privileged to do this as a team and to share our experiences with you. Some of our panelists have a few parting thoughts as we looked back over the last month.

Daniel: It was a year of Mandalorian ships for Star Wars… I guess because that was the only live-action series. I do wish the Bad Batch vehicles had been included since we’ve had X-wing and TIE fighter builds before.

Adam: Star Wars and Harry Potter were smashers once again, with  Marvel having an excellent debut. I really appreciated the inclusion of Marvel characters in the advent calendar series this year. They added a new element of play to the holiday theme and provided access to several fun minifigures. I’m sure everyone can agree that churro-Spiderman is fantastic, as is Tony Stark’s arc reactor ugly sweater.

It was great to see some love for The Mandalorian and The Sorcerer’s Stone. Both Star Wars and Harry Potter were great, as usual. Lots of fun minifigures and little play pieces. I will say that the Harry Potter calendar went in a different direction than last year’s Yule Ball theme, but it was a welcome one. Being able to put together the pieces and build a game was very enjoyable. It would be wonderful if every year from now on was a new kind of advent calendar board game featuring the next books in the Harry Potter series.

City was fun and, at times, thrilling. I felt the same way about Friends. It’s what I expected with a few surprises here and there. There will be lots of fun parts and figures to play with, though a few of the micro builds like the Friends nutcracker, mixer, etc. do a good job standing out as memorable. So no complaints about City and Friends from me, just a moderate level holiday cheer.

CJ: I’m not much of a Potter/Star Wars fan these days, but I have to say both of the calendars had some really nice daily gifts. Just seeing the photos here, I didn’t realize there was a game aspect involved on the Potter one until day 24. That’s a good sign that it could stand on its own, I guess.

The CITY offering struggled as usual, but to me, it felt like it had noted improvements in the minifigure choices. But that snowman…what were they thinking??

Despite making an early joke about the Friends mini-dolls being creepy looking, they ended up being a high point for me in the calendars this year. I think there were wins more days than not for this year’s run, with a personal favorite being the nutcracker/ballerina builds.

But the big winner for me was the Marvel calendar. I loved how they leaned heavily into making almost every day seem holiday-related, particularly with the minifigures. Overall, a great year for the Advent Calendars! And I can’t wait to see what next year will hold.

Again, thanks for joining The Brothers Brick for a great year of building the LEGO community and for opening your advent calendars with us. We’ll leave a parting gift below of some bonus images from our advent builds. Merry Christmas, and have a very happy 2022! 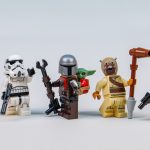 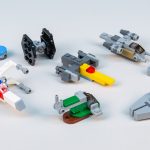 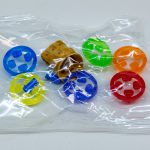 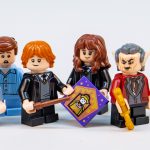 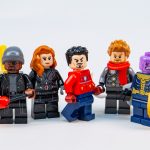 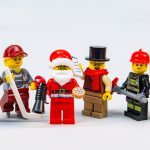 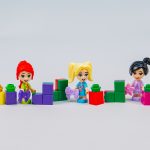 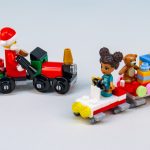 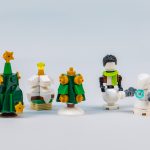 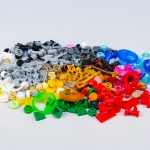