We’ve all had to put up with that one unwelcome visitor, right? Usually it’s an opinionated uncle with some harebrained QAnon conspiracies or a boozy aunt with a penchant for family drama. Both will wreck the toilet and both will ask to borrow $12,000 by the end of the night but they keep getting invited back because they’re family. Well, imagine a visitor so unwelcome that not only is it adept in its toilet wrecking abilities but it’ll also scramble your brain and make you do its unspeakable bidding. That is precisely the kind of unwelcome visitor Ivan Martynov has rendered in LEGO. Meet Ur-Lugal, a being so strange it is clearly not from around here. It isn’t even from Belgium. Its planet of origin is unpronounceable and its tactics are insidious. Still, you have to admit that there are some rather charming built techniques at play here. It’s almost…welcoming. 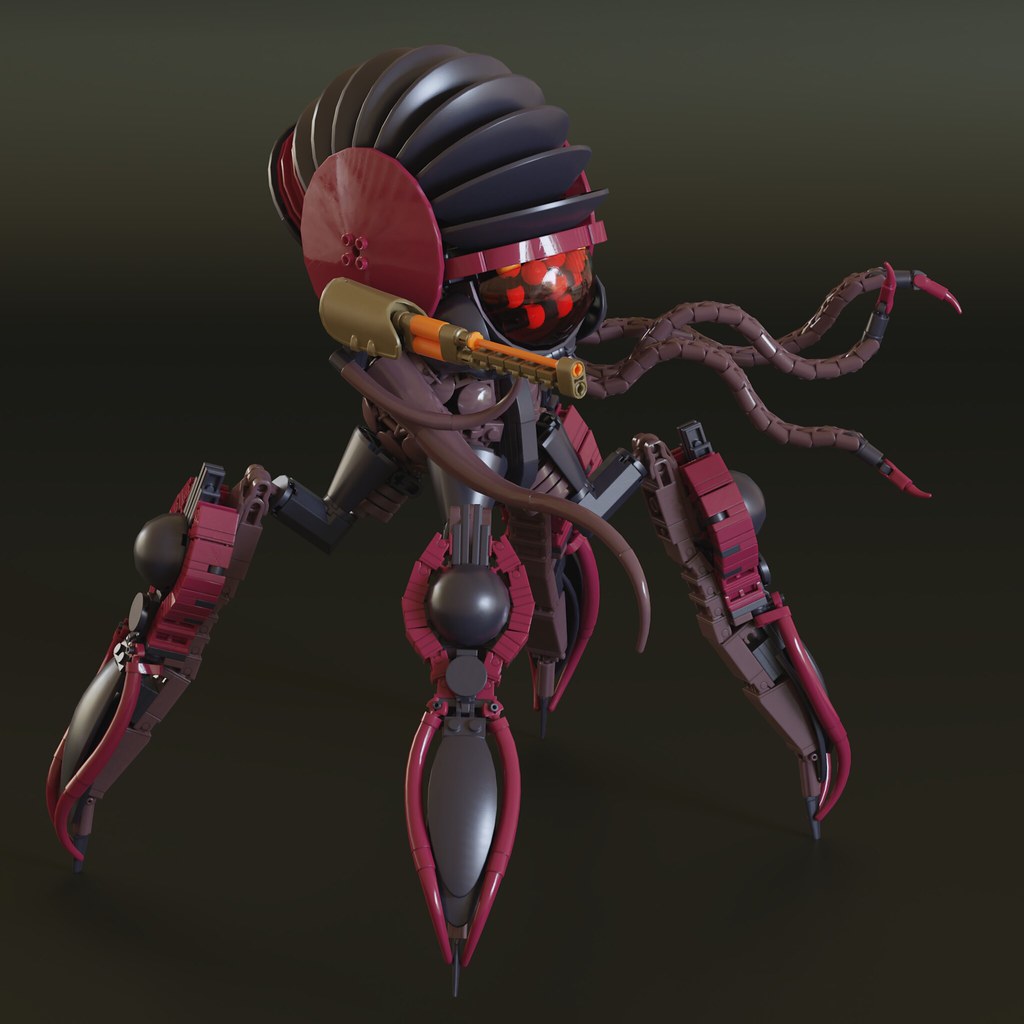 Or is that the brain scrambling at work? I’m not even sure what’s right anymore. But what I am sure about is I like the stuff Ivan builds. Also where we go one, we go all.