TBB alumn Simon Liu definitely knows the drill, as this nifty LEGO bot shows. In a striking yellow and dark blue industrial color scheme, this bot looks like what I always hoped LEGO’s various mining themes would be (first Rock Raiders in 1999, then Power Miners a decade later). It does sport that huge chrome drill that only ever came in a pair of Rock Raiders sets, and subsequently doesn’t get used in fan creations nearly as much as I’d like. 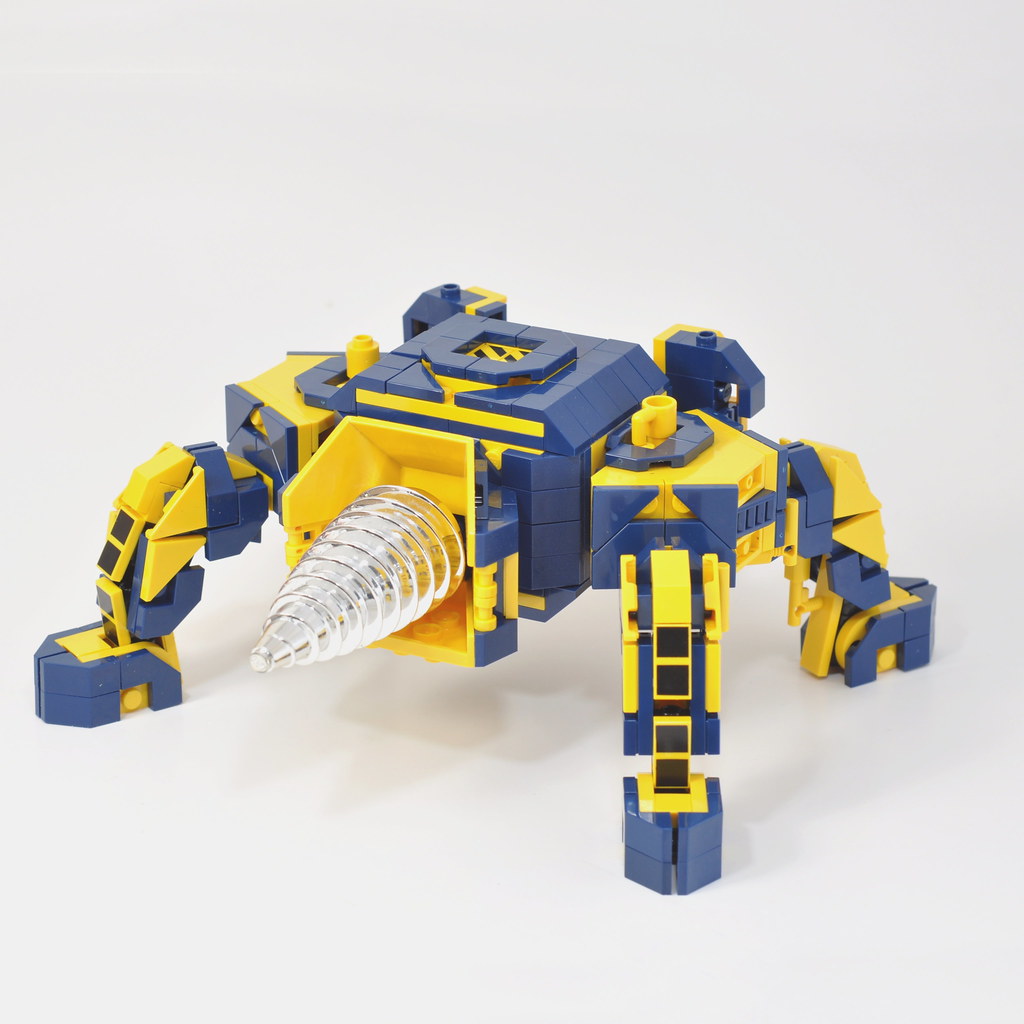 Oh, and did I mention the bot is modular? And that Simon has built more than one?

Here’s how the bot breaks down into a central cube (with goodies inside) and modular legs and attachments. 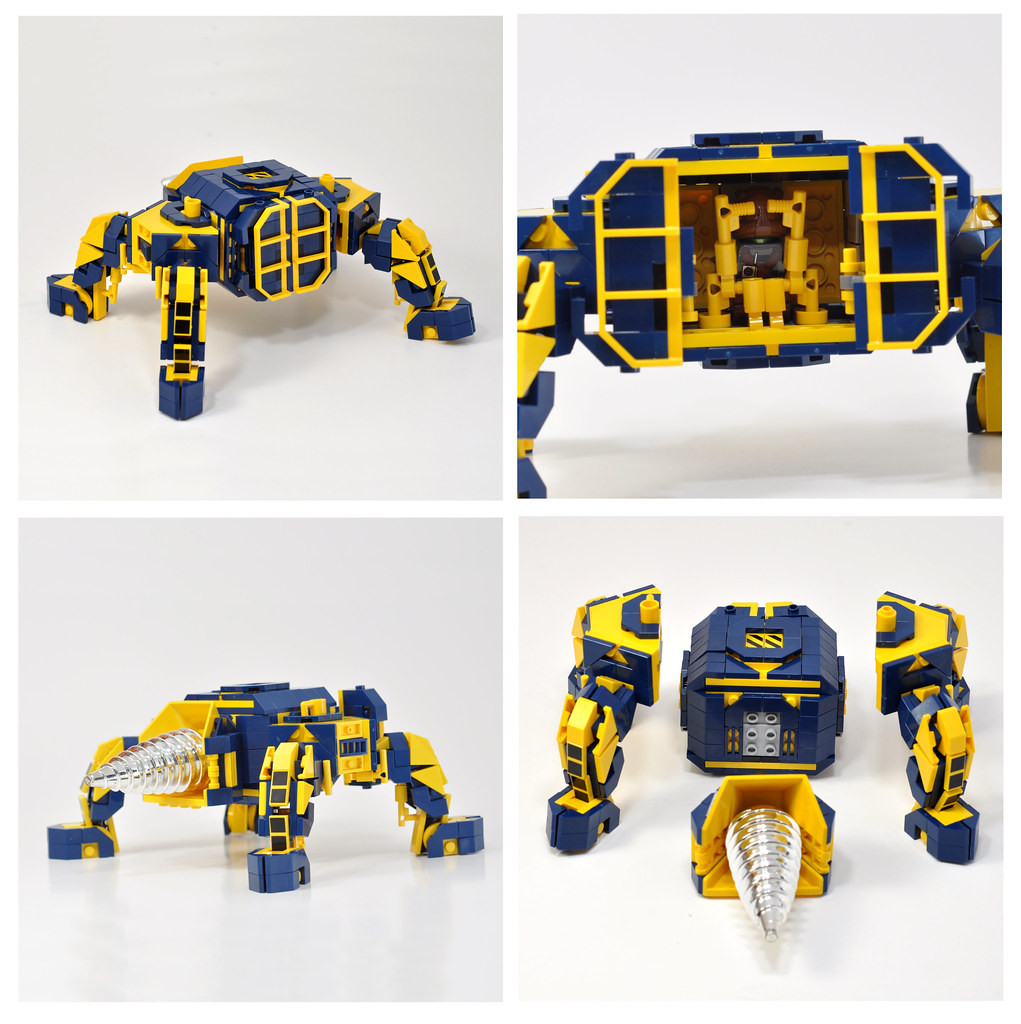 How about one that seems inspired by the loader from Alien? 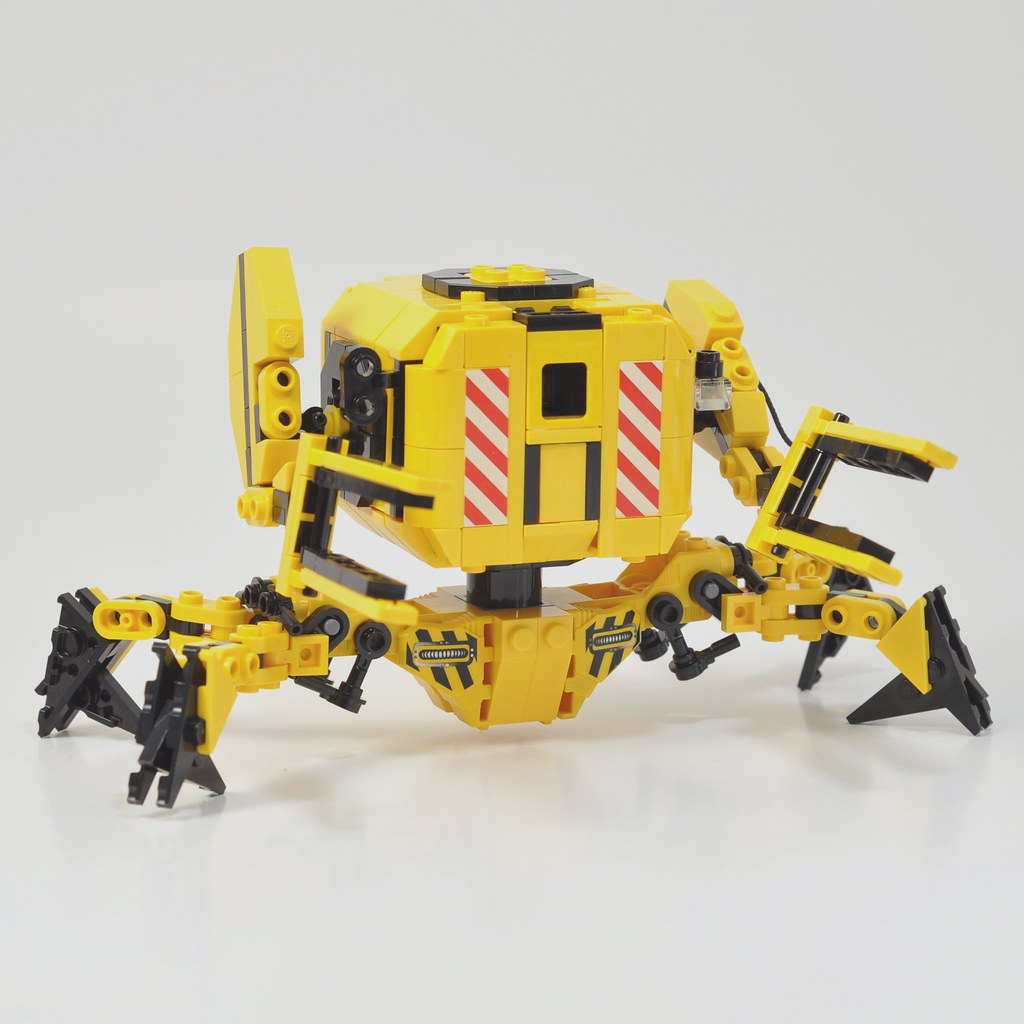 And of course, it’s modular in the same way, around a central cube. While still walking on four legs, it has a very different setup than the mining mech. 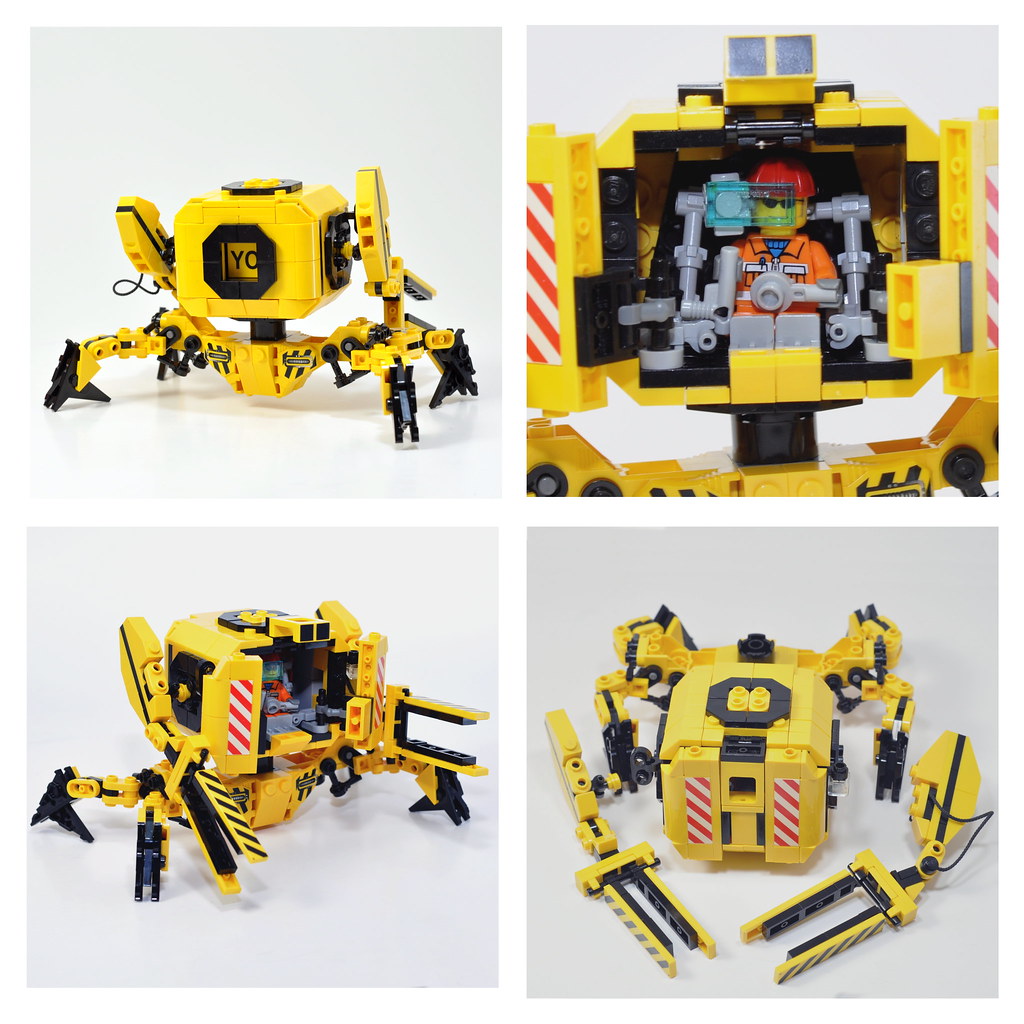