Djokson has constructed this cheerful-looking wyrm in a chilly colour scheme, ready for winter. The head is mostly made up of ice-styled pieces, including Strakk’s mask from Bionicle which represents the nose of the creature. At first, the eye might appear to be a normal stud but it is actually a heart piece from the Clickits theme. A dots strap is placed across a balloon segment forming the creature’s stomach, portraying a round, organic look. The wings, in white and transparent blue, have only been featured in one set which was a large buildable Chima figure from 2014. By using a selection of unusual parts, Djokson has succeeded in creating a unique build with a cute and charming appearance. 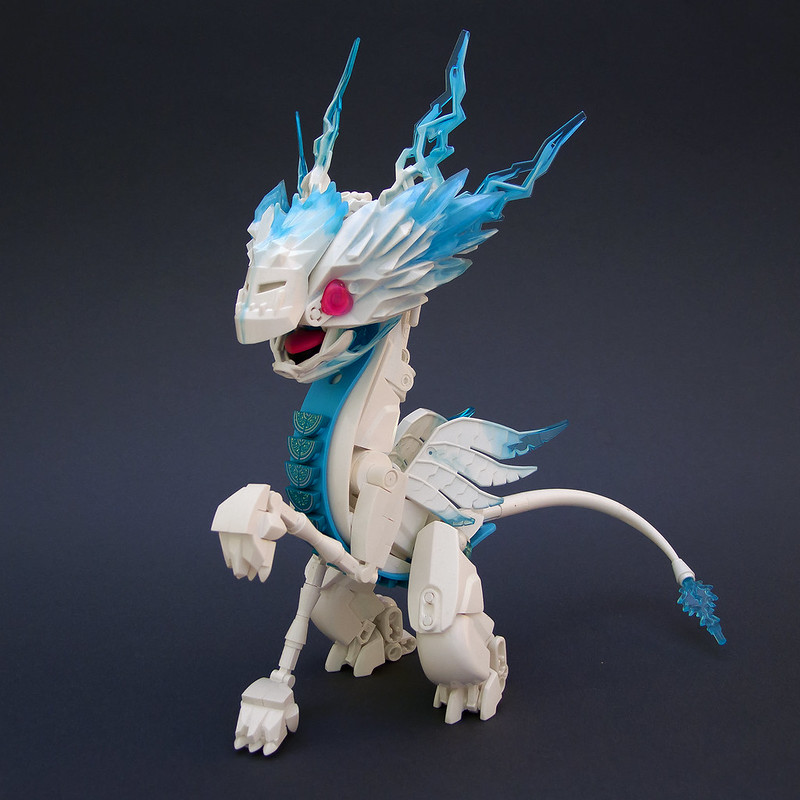