When I first joined the online LEGO community about 20 years ago, I had to choose an avatar to represent myself online. I decided to draw the LEGO frog in MS Paint and use it as my avatar. The frog piece was released in the year 2000. Over the years some LEGO parts get redesigned. It is however my honest opinion that there is no way to improve the iconic little frog. For its time it is very detailed and still very cute. Four amazing builders decided to celebrate the piece and I could not pass it up the chance to take a closer look at them. 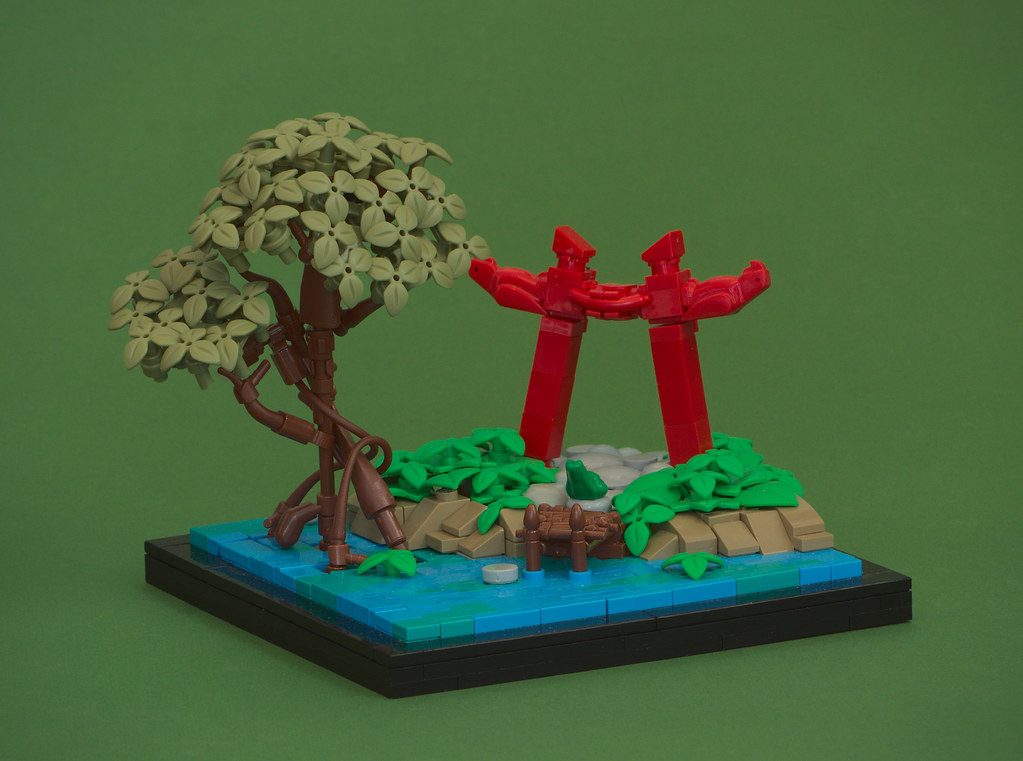 Grant Davis’ frog is at the Lava Lake. Here the paintbrush is used to build a rope bridge across the Lava Lake. To me that sounds very dangerous. The trees are made with spiders, which is quite ingenious. 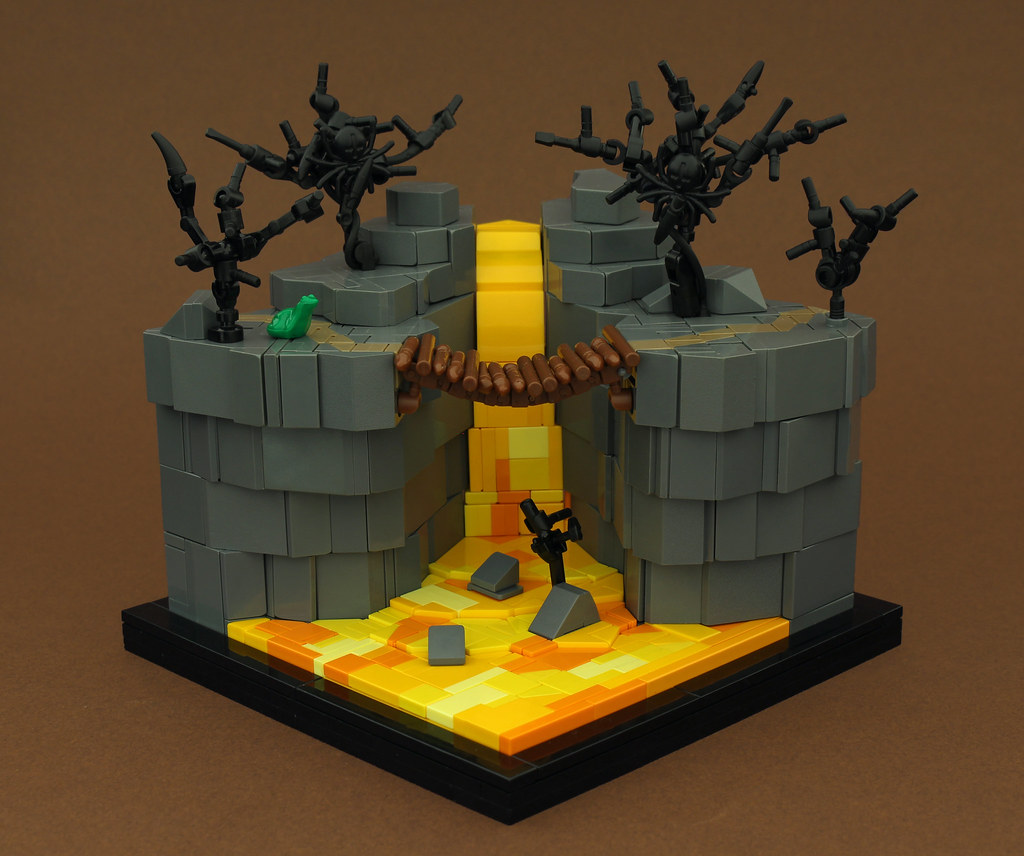 Jake Hansen brought their frog to the Oasis, which sounds lovely! The palette has been used as foliage on the trees, which is quite clever. The bright green blades and minifigure claws look perfect as plants and vines. 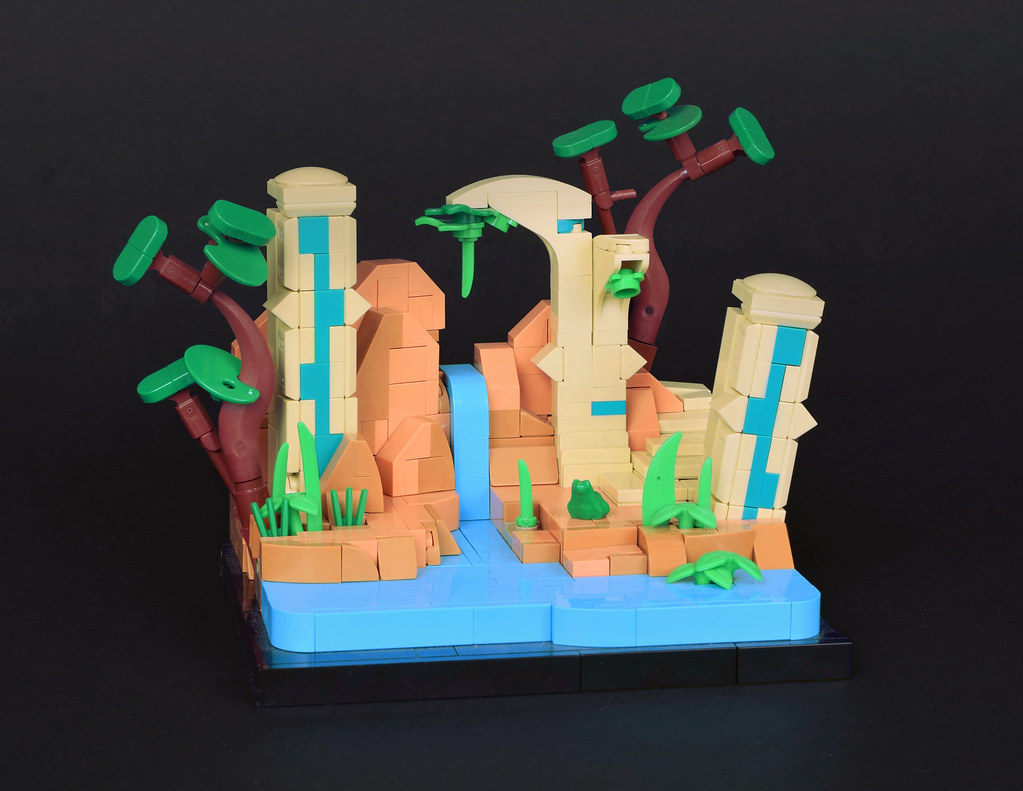 Eli Willsea’s frog might be the most adventurous. It has found itself at a portal and who may know where that portal brings it. Hopefully towards more lovely adventures. The portal contains some pieces that I can not identify at first sight which makes me like it even more. 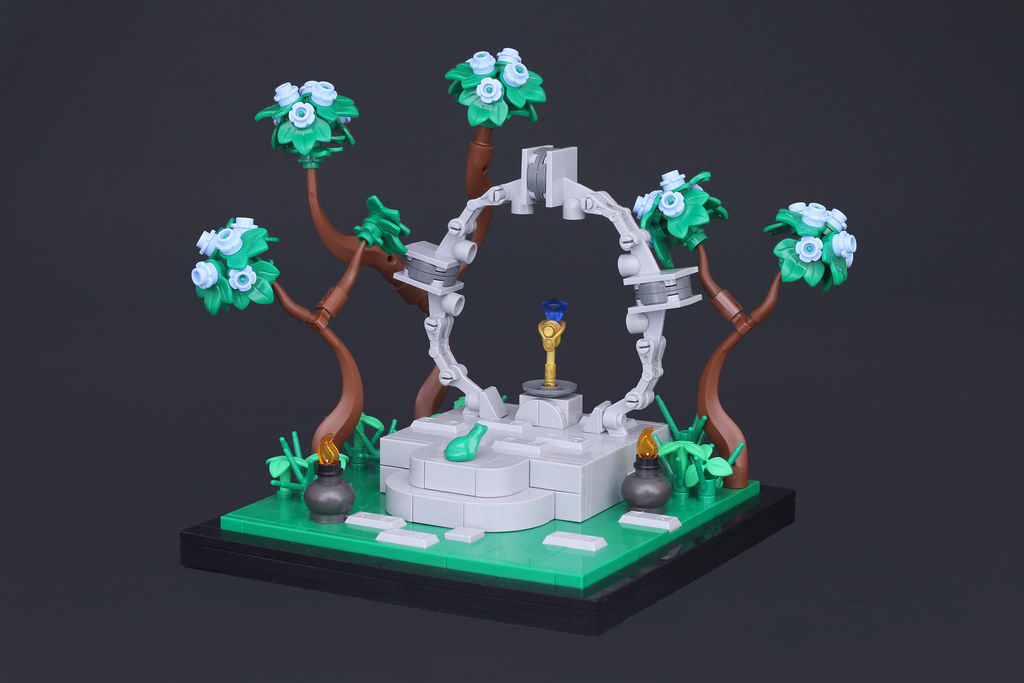 1 comment on “A celebration of the humble LEGO frog”