I’m no slouch when it comes to writing my own jokes. But sometimes you just want to seek out low-hanging fruit and let someone else do all the heavy lifting and joke writing for you. Thankfully, I found The Brothers Brick alumni Iain Heath to be both low-hanging and fruit. The Last Jedi answered a dubious question that no one wanted to know; how does Luke sustain himself on the remote, rocky, wind-blown planet of southern Ireland? It turns out he gets it right from the tap as illustrated with this creation that Iain made to look like an official LEGO set. (Don’t let that fool you, space travelers!) It features a Thala-siren, a weird marine mammal-creature with her huge rediculous udders flopping out there in front of God and everybody to see. 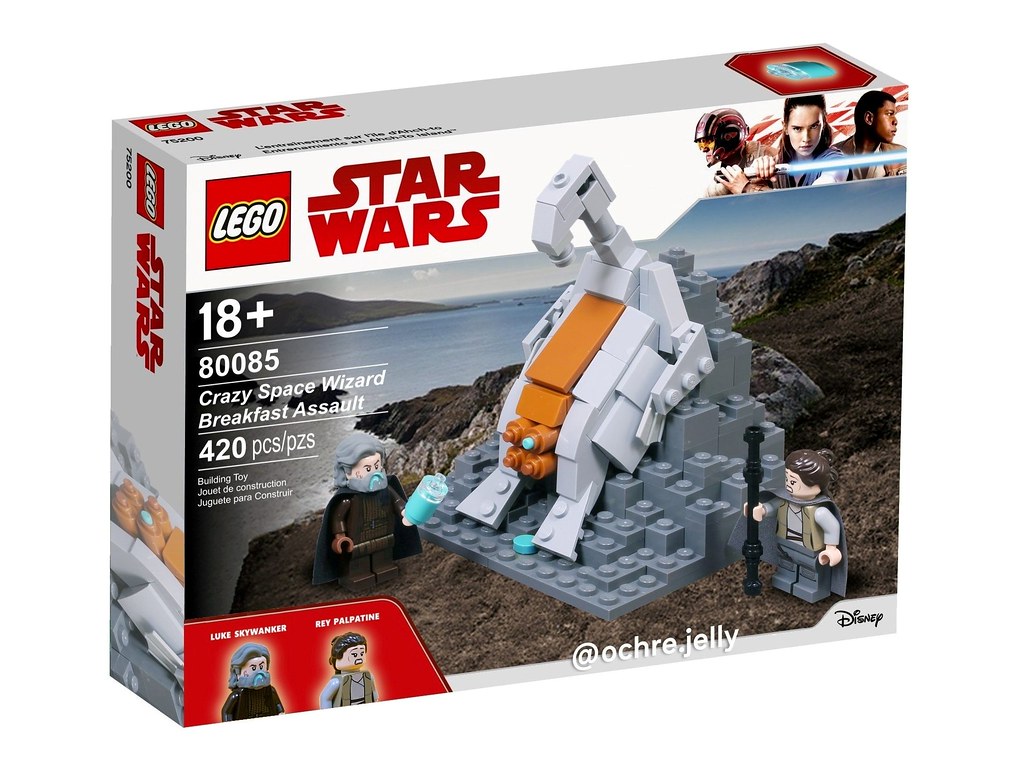 The title “Crazy Space Wizard Breakfast Assault” is hilarious. The milk on Luke’s face, Rey’s last name are all also pretty damned hilarious. Even the piece count of 420 may offer up a clue as to where Iain gets all his crazy ideas. See what I mean? The jokes just write themselves!