LEGO builder Ben Vijle has designed this incredible microscale cross-section of an area in the city of Ghent, Belgium. The model features the Belfort tower, the Stadshal canopy building and an assortment of shops. The structures are placed on a square stand with textured brick pieces representing roads and pavements while providing the implication of cobbled streets. The most prominent section of the diorama has to be the Belfort tower. The tower has an intricate appearance, thanks to the variety of tile pieces featured in the structure and printed round tiles from the Ninjago sets that serve as clock faces. 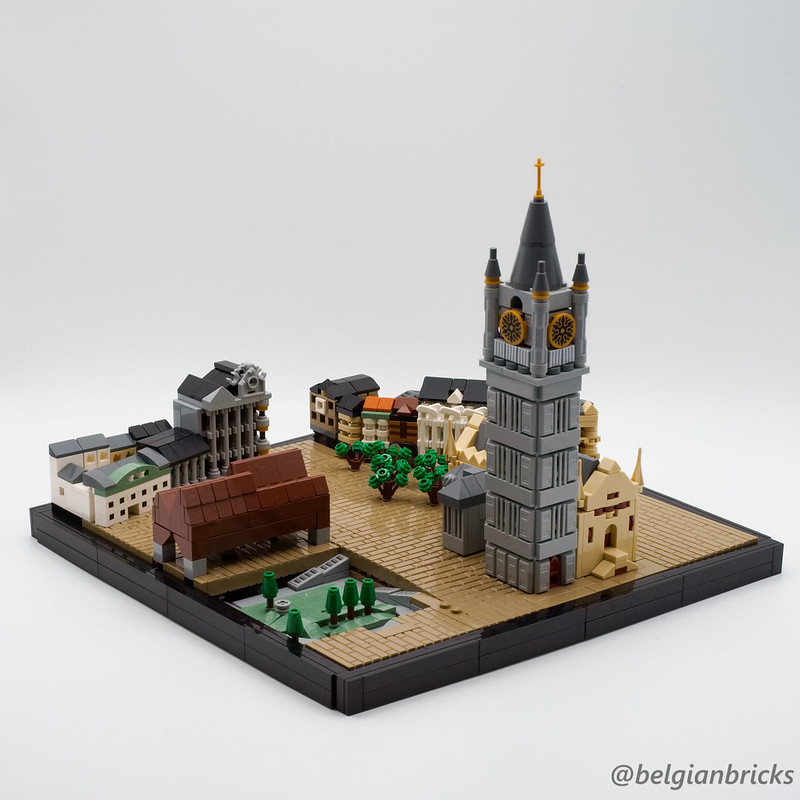 The adjoining structure to the tower was originally used as a hall to sell cloth. Claw pieces represent arched windows and adds to the building’s grandeur. Next to the cloth hall there are a variety of unique looking shops. An interesting selection of pieces are used along the street; one of the shops has an ice cream cone piece as its roof while another uses hockey sticks to create columns. Looks like there is even a sushi restaurant along the way if you get hungry. 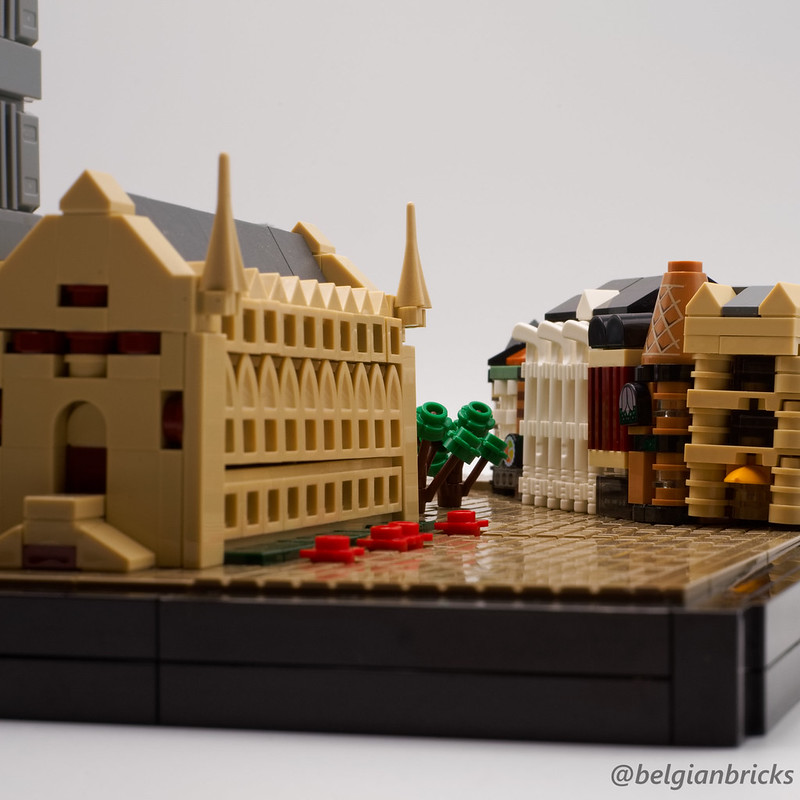 The other landmark of this build is the Stadshal, which has a triangular design and is presented in brown. The building is used to host markets and concerts and overlooks a small park which has some nice details such as the angled grill pieces used as steps. Across from the Stadshal, there are a few more buildings; one of structures even uses handcuffs to create some of the upper details of its roof. 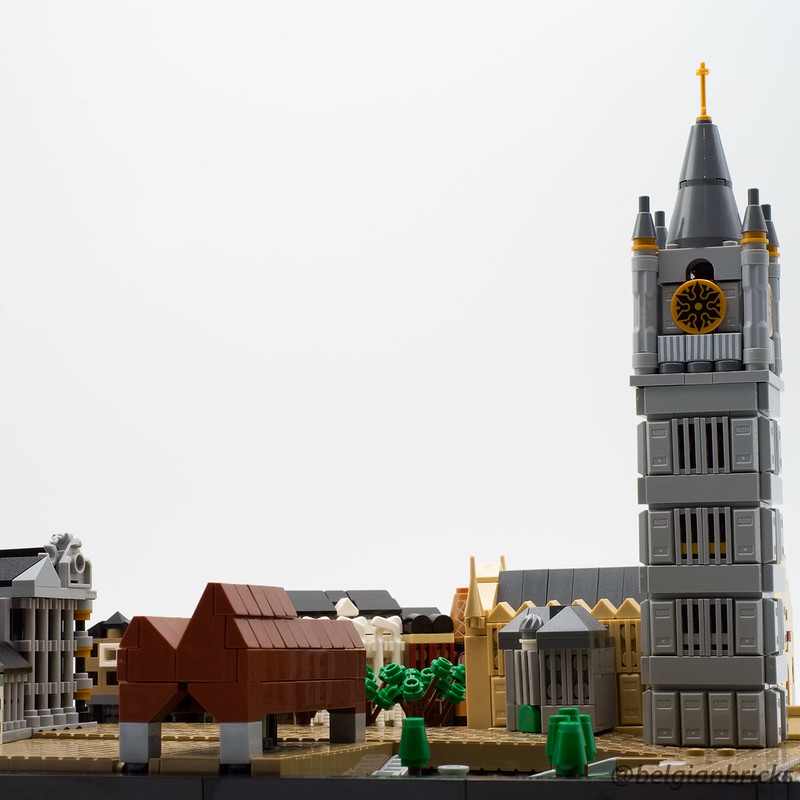 This is a professional-looking build and would make for a fantastic microscale set. The attention to detail and the interesting variation between the buildings make this an outstanding city scene.

Check out more of our articles on microscale LEGO builds.