There are few other fictional space ships that are as easily identifiable as the BTL-B Y-wing, seen here during the Clone Wars. LEGO builder simon-wild showcases his new take on one of the most classic starfighters to be seen on the screen. 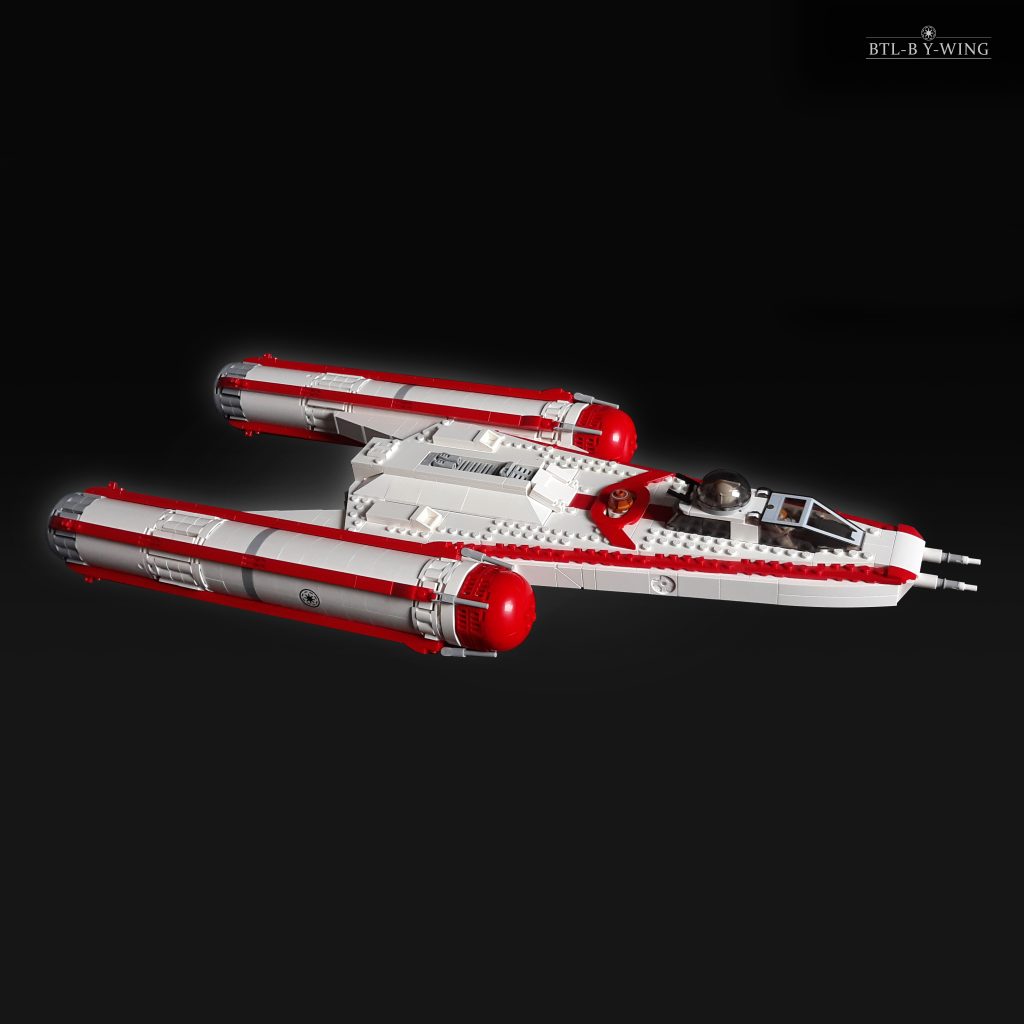 Covered in armor and loaded with freedom, the mighty Y-wing was a staple of the Republic Navy during the Clone Wars era. It was retired during the Republic’s transition into the Galactic Empire but regained its status as a formidable bomber for the Rebellion, eventually earning the title, “The starfighter that broke the Empire’s back.”

In his build, Simon elaborates on the 8037 Anakin’s Y-wing Starfighter set released way back in 2009. He smoothed out the fuselage and engines, improved the paint pattern and traded the yellow for red. He also beefed up the size of the bomber to minifigure-scale, nearly reaching the size of the 75181 UCS Y-wing released in 2018. I admire all of the extra armor plating seen in Simon’s model. It helps separate the Y-wing from looking like a fighter and more like a bomber. Perhaps we’ll see an armor-less version of Simon’s Y-wing fighting for the Rebellion in the future?