There are a lot of reasons to get the LEGO Nintendo Entertainment System. From hidden easter eggs in the build to fantastic play features, the set is hands down one of the best sets the LEGO Group has ever released. It’s hard to imagine getting this set and ever wanting to break it down. Then again, some builders just can’t help themselves. Mech Master Moko harvested some printed tiles from the remains of this amazing set to bring us another piece of nostalgia, with a twist. This ingenious model transforms from a classic handheld gaming system into GAMEBOY-ROBO. 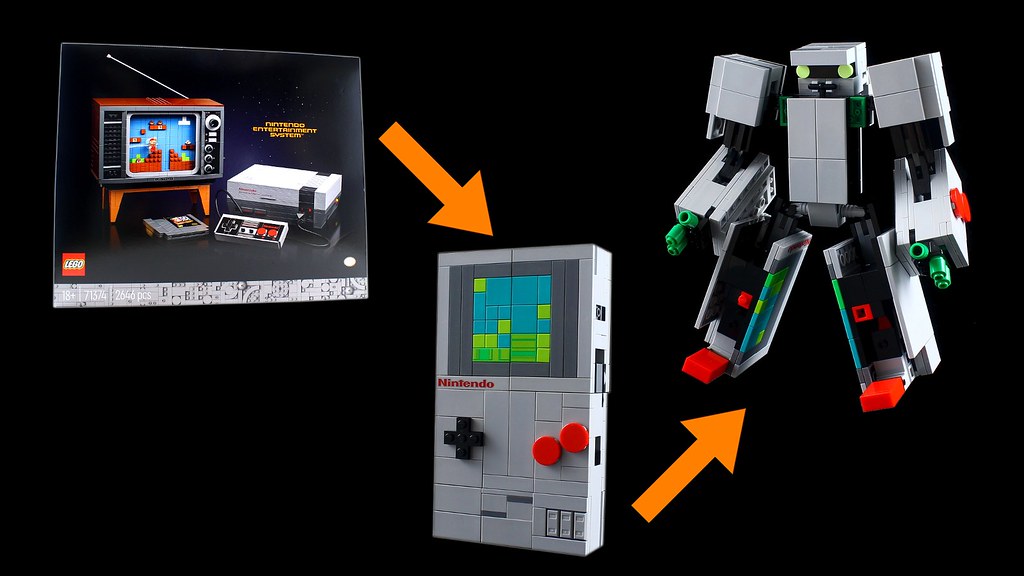 Let’s start with the Game Boy mode. At first glance, this seems like a decent model of Nintendo’s first handheld entertainment system. A Nintendo printed tile adds a layer of detail, while printed green tiles make up the landscape of a sidescroller on the screen. The D-pad and buttons are in the right spots, while dark bluish grey plates contrast the light grey to mimic the select and start buttons. Moko creatively uses ingots as the vented slits on the corner of the Game Boy body. 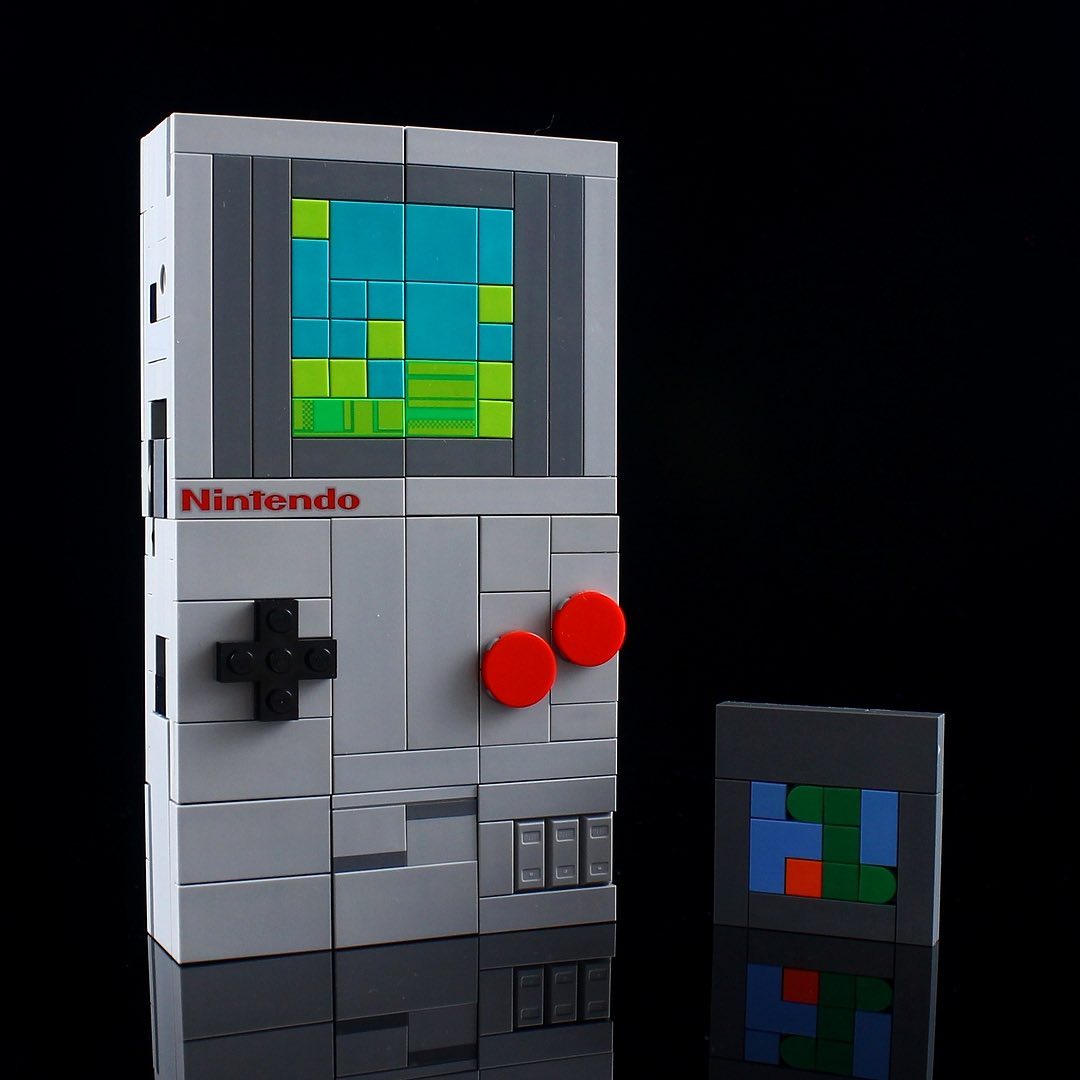 Also, this model even has a brick-built game cartridge that can smoothly insert into the slot built into the back. I love this detail as it provides a simple level of interactivity to the Game Boy mode. 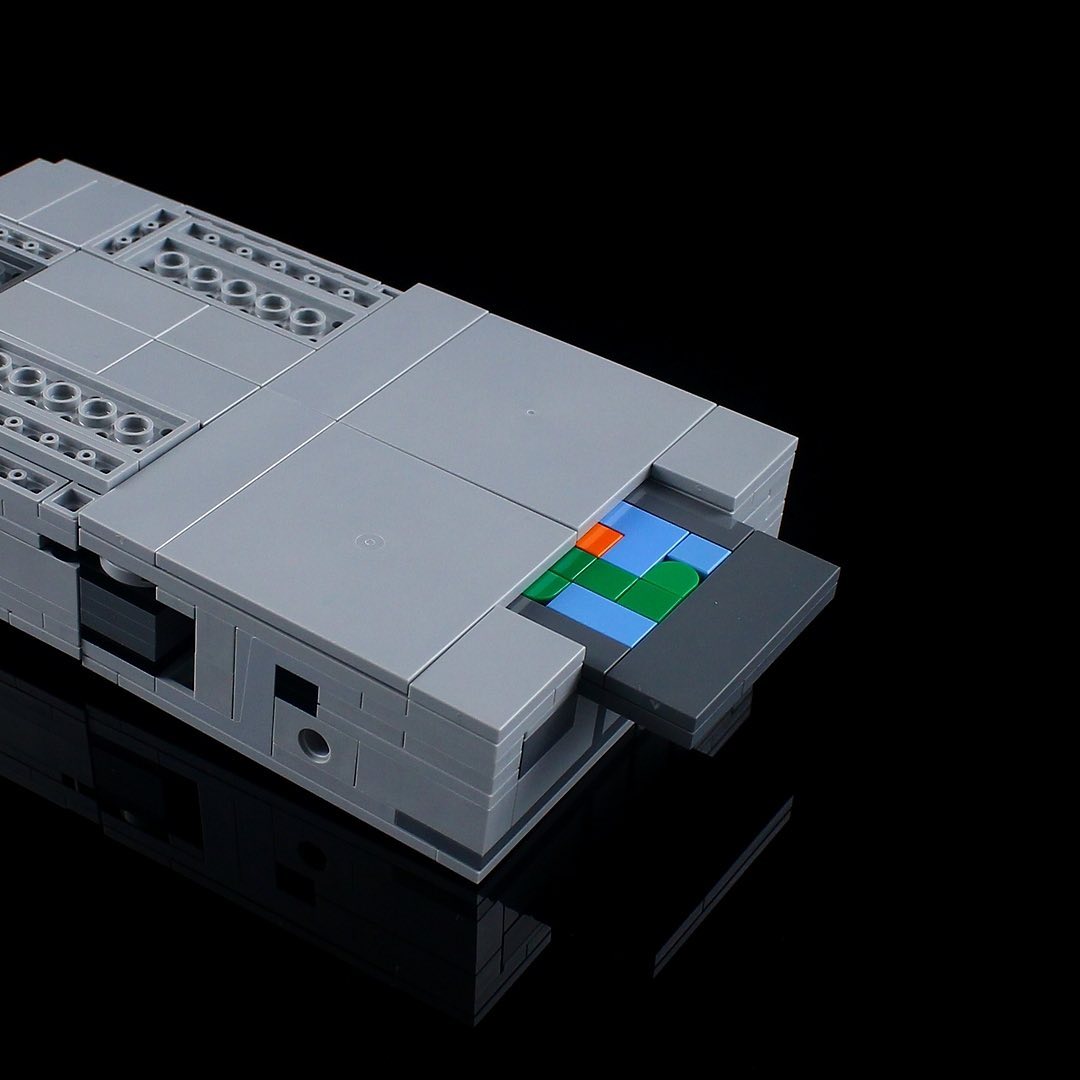 Now for Robot mode. Like all transforming mechs, one has to be creative with the joints and placement in order to hide all the robot elements while they’re in disguise. Tucking those bits away without affecting the flow of the mimicked object is a delicate balance between fragile connections and bulky sections. This hasn’t stopped Moko. He’s found tons of ways to hide mechs behind smooth, innocuous objects, and he hasn’t let us down here. 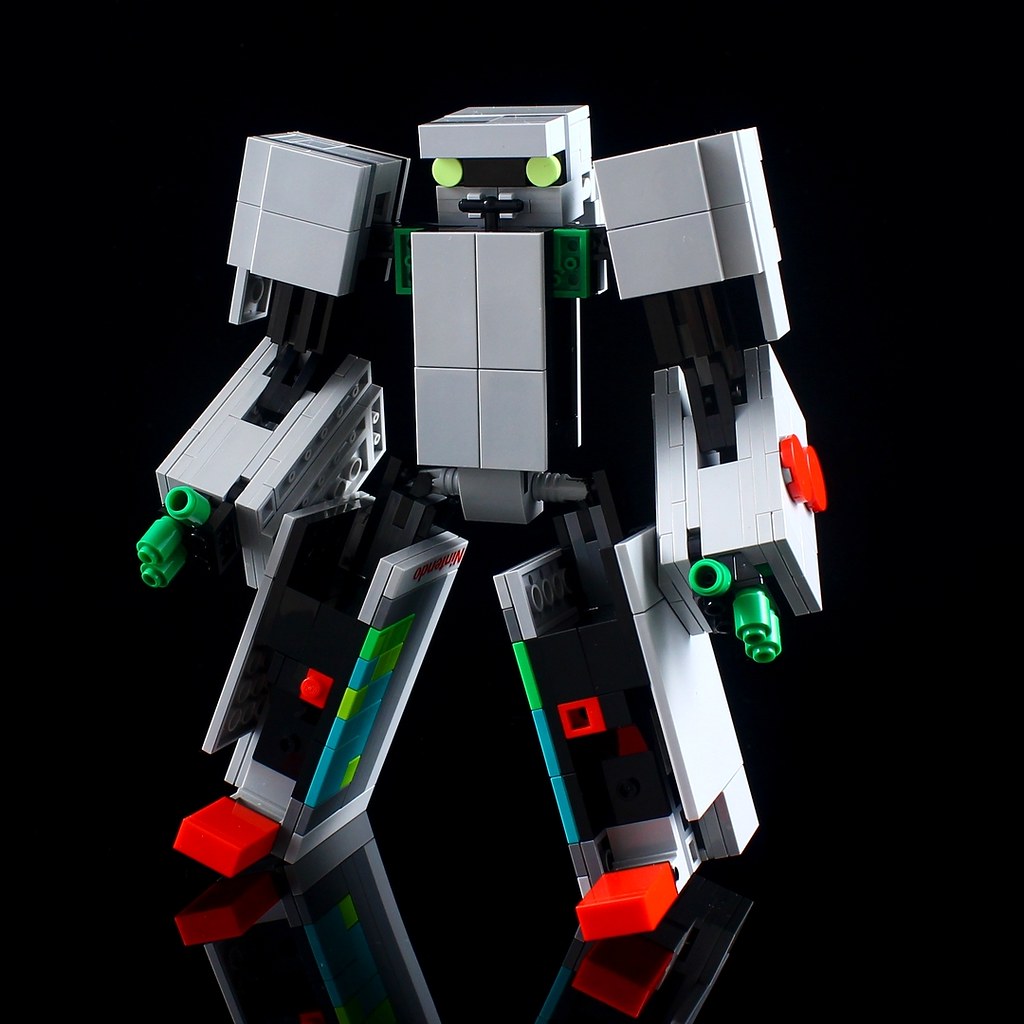 Bottlenecked by the available pieces in the LEGO Nintendo Entertainment System, he didn’t have many of the pieces one might usually use for joints. Between that and the space limits of a transforming model, Moko had to use some brick-built joints. Plates sandwiched within the arms and legs work as compact elbows and knees, which easily slide into place as the control and screen sections. The way the head transforms is pretty neat, folding out from the bottom and making use of a T-bar both as the connection point and a sort of mouth for the mech. 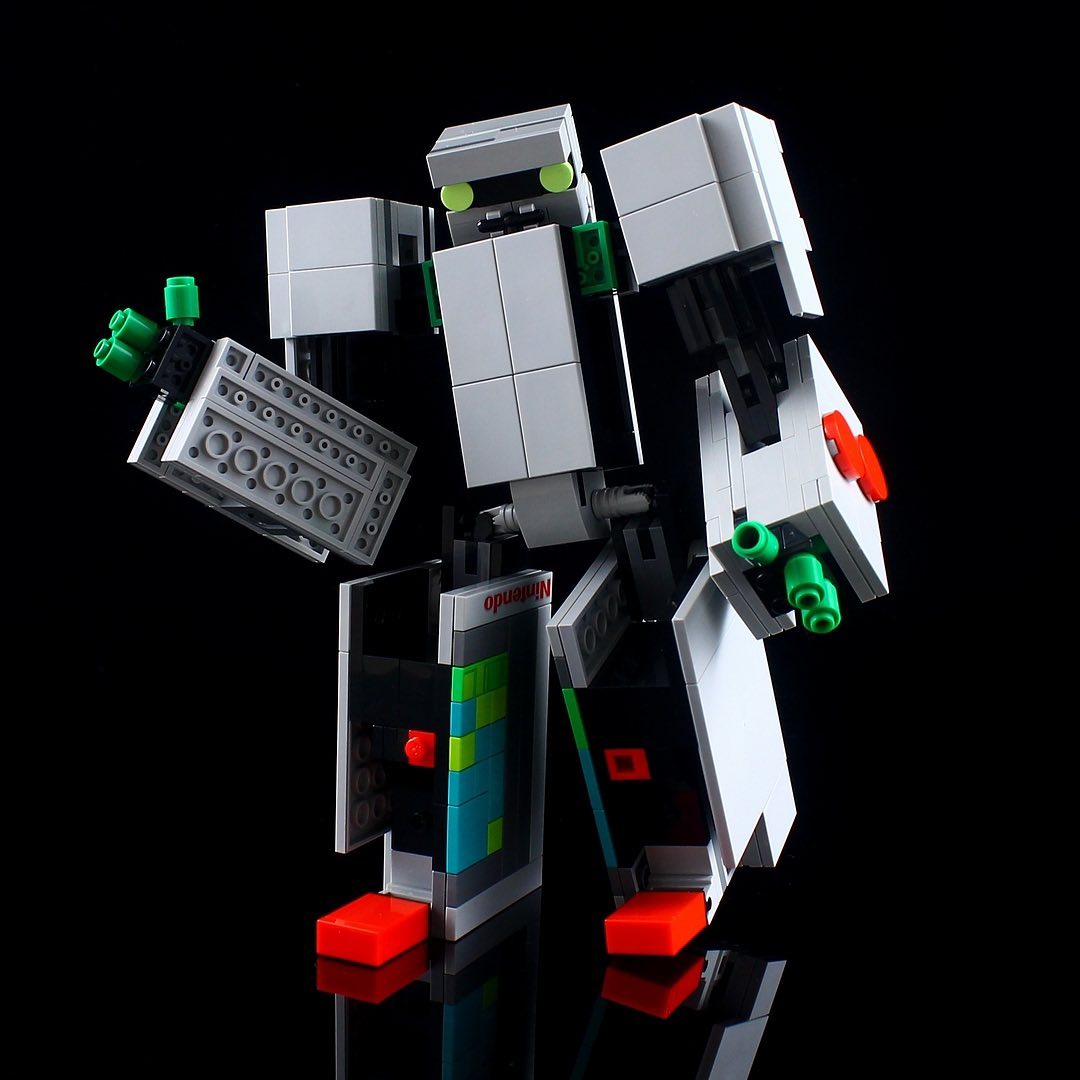 It might not use all the pieces from the LEGO Nintendo Entertainment System, but maybe it’s worth getting this set just to have the printed Nintendo tile. I’m glad Moko had the heart to dismantle it for us so we could see its potential.