With hundreds (if not thousands!) of LEGO castles featured by our team here on Brothers Brick, leaving our editors open-mouthed with a new design has become quite a feat. Somehow, Greg Dlx came up with something equally epic and unique, a fascinating medieval-themed build. Resembling some of the most famous European castles, this enormous build seems to have it all: thick walls and massive towers, detailed inner space, and even a river by the walls for extra defending. Let’s take a closer look at some of the best bits of this build. 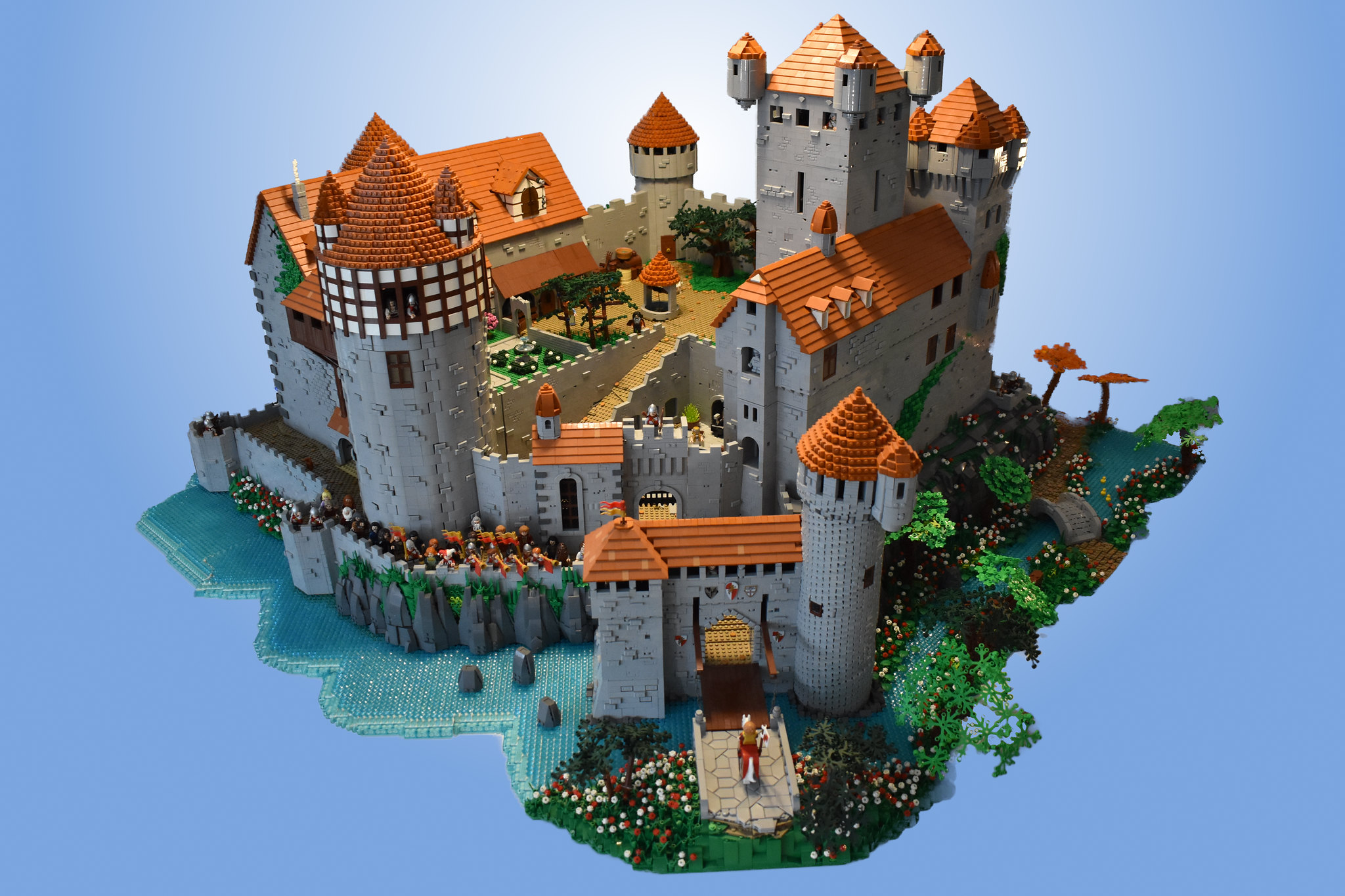 To be honest, I think it’s the orange roofs that got my attention incidentally. The choice of color and combination of various build techniques make the massive creation both diverse and yet realistic. Make sure to spot all the smaller towers smartly fusing plates with open studs with a handful of slopes. 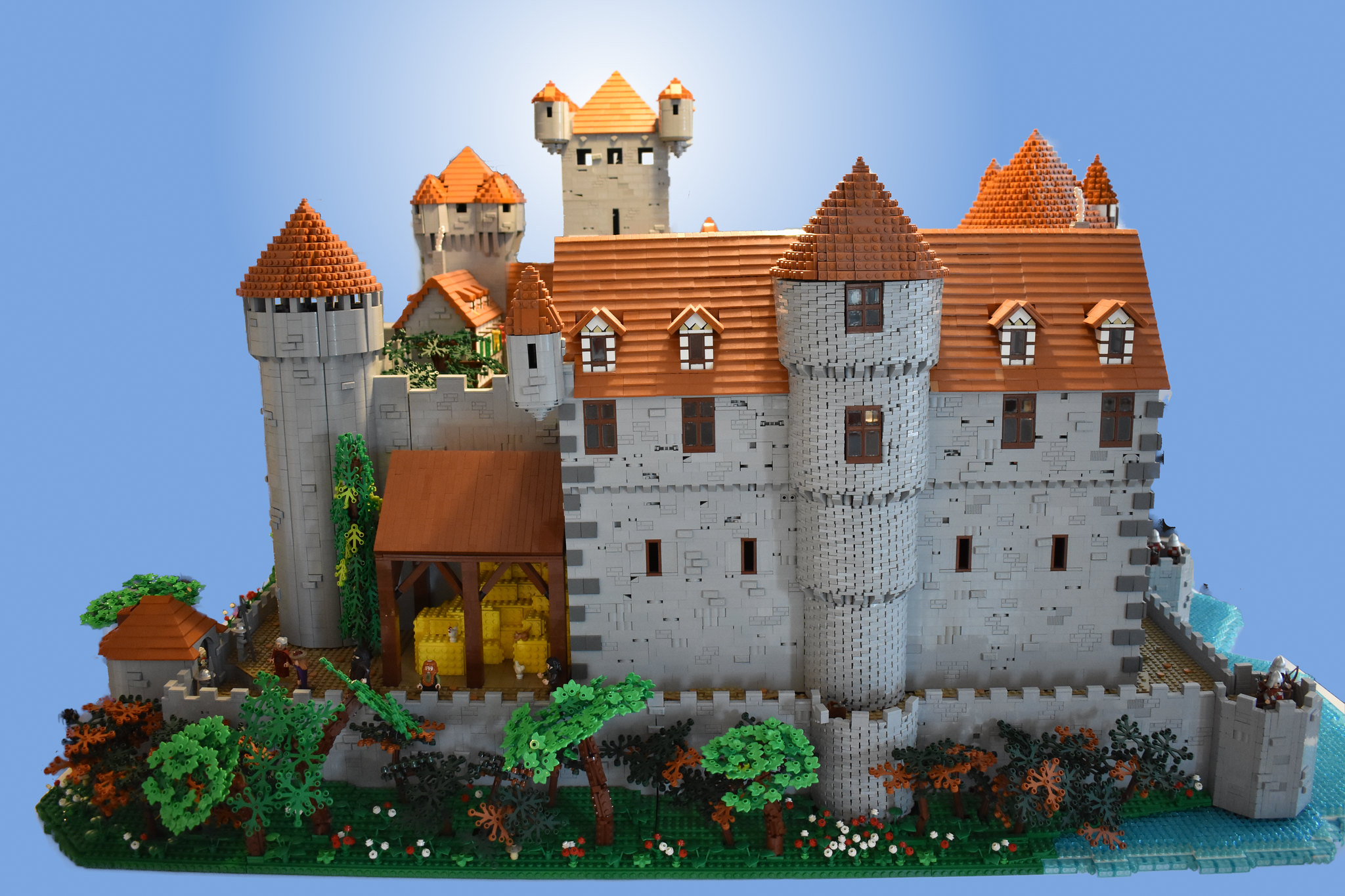 Not only is the castle strategically built, but it also has specifically oriented. For instance, it’s the northeast wall in the picture below. According to the builder’s comments, the white small tavern on the top of the wall is his favorite piece of the composition. It’s also a great angle to spot various landscape techniques around the castle. Funny thing, Greg mentions that limited space didn’t allow him to extend the build even more. 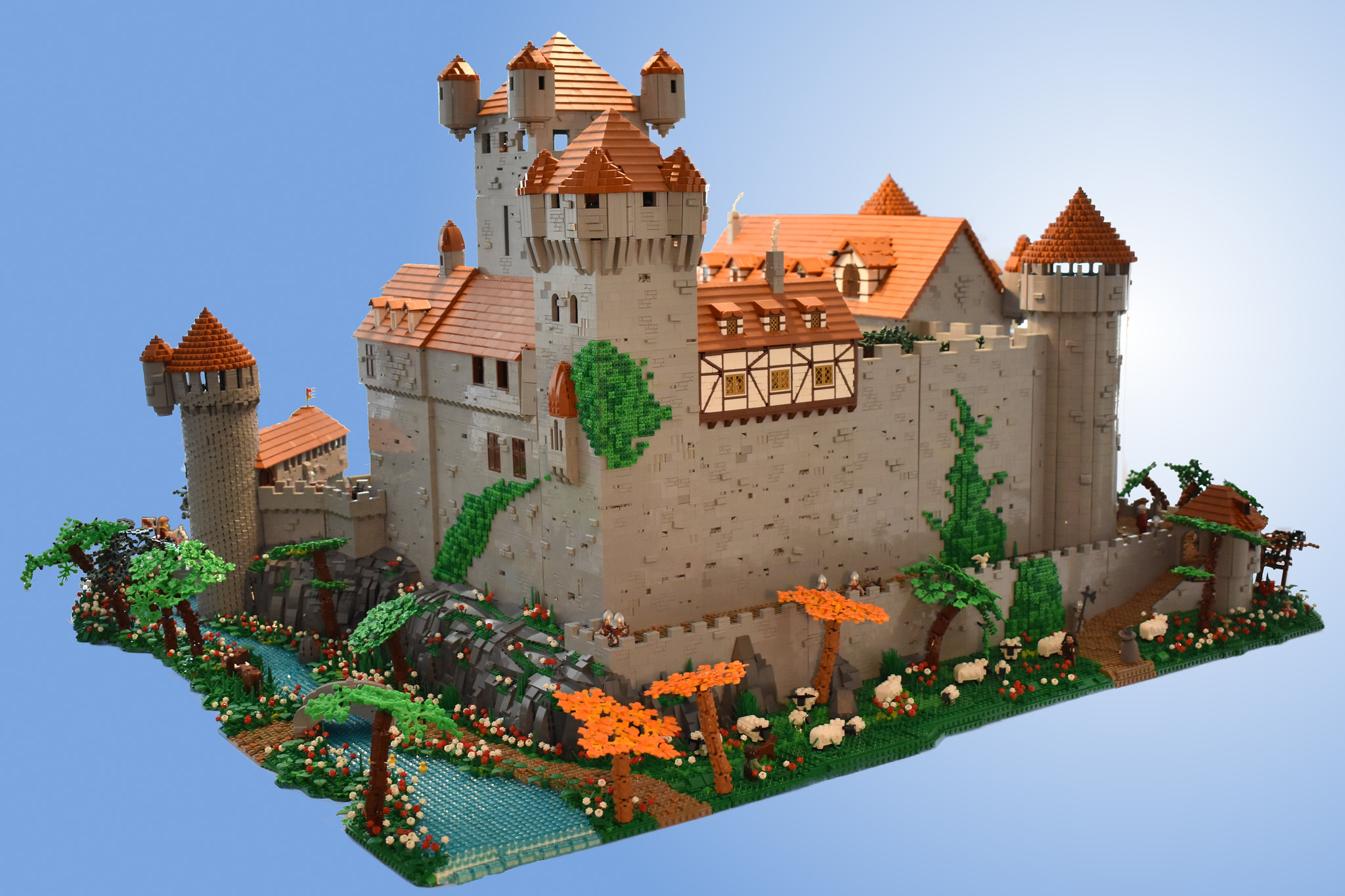 And, of course, the creation wouldn’t be complete without a story. The king is back, riding on his house through the main gate. Make sure to take a closer look at all the other characters in other pictures! 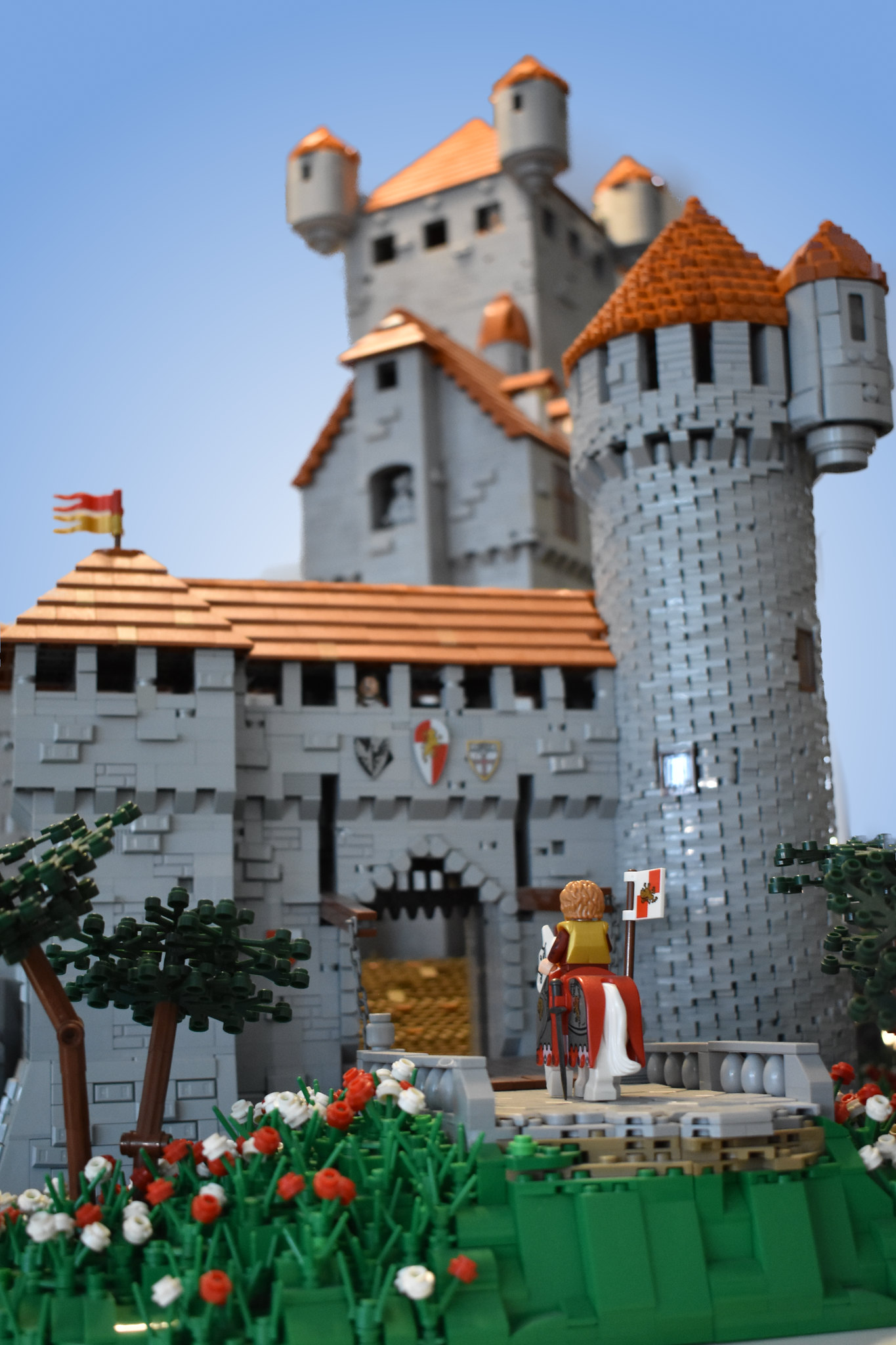