Did you know that the Rebel Alliance’s Medical Frigate began its life in the service of the Empire? LEGO builder Remco Rohaan shares his latest masterpiece, the Imperial Nebulon-B Frigate. 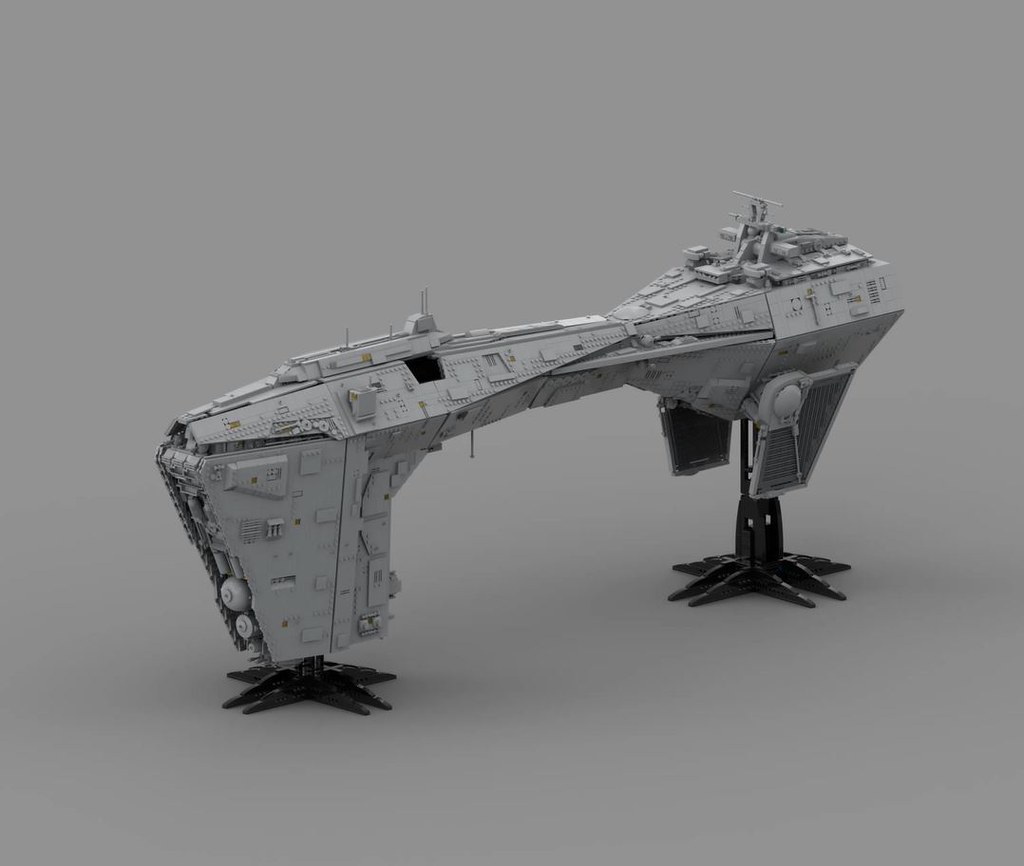 It’s an established fact in the Star Wars lore that the Nebulon-B Frigate, first seen at the end of The Empire Strikes Back, was a ship built by the Empire but stolen by the Rebellion. Yet we’ve never seen the Nebulon-B during its time as an Imperial warship. Thanks to fan art creators like EC Henry and Fractal Sponge, we’ve been able to get a glimpse of what the Nebulon-B must have looked like before it fell into the hands of “Rebel scum.” Now, we have the privilege of seeing the ship in LEGO form.

Clearly, this looks like an Imperial warship. The armor plating, command bridge, and TIE fighter-style wings give off really strong Empire vibes. Speaking of armor plating, I just love how much there is. The Rebel version of the Nebulon-B has a considerable amount of armor removed, which is typical of Rebel spacecraft.

Here’s an image of his Imperial Nebulon-B to scale with the Rebel version, an Imperial Gozanti freighter, and an Imperial shuttle. 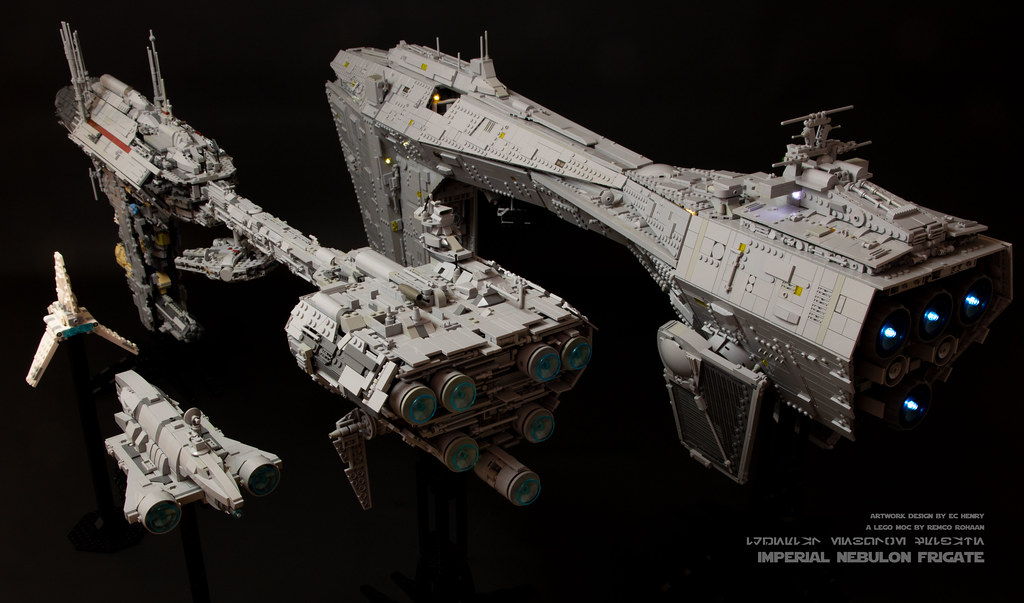